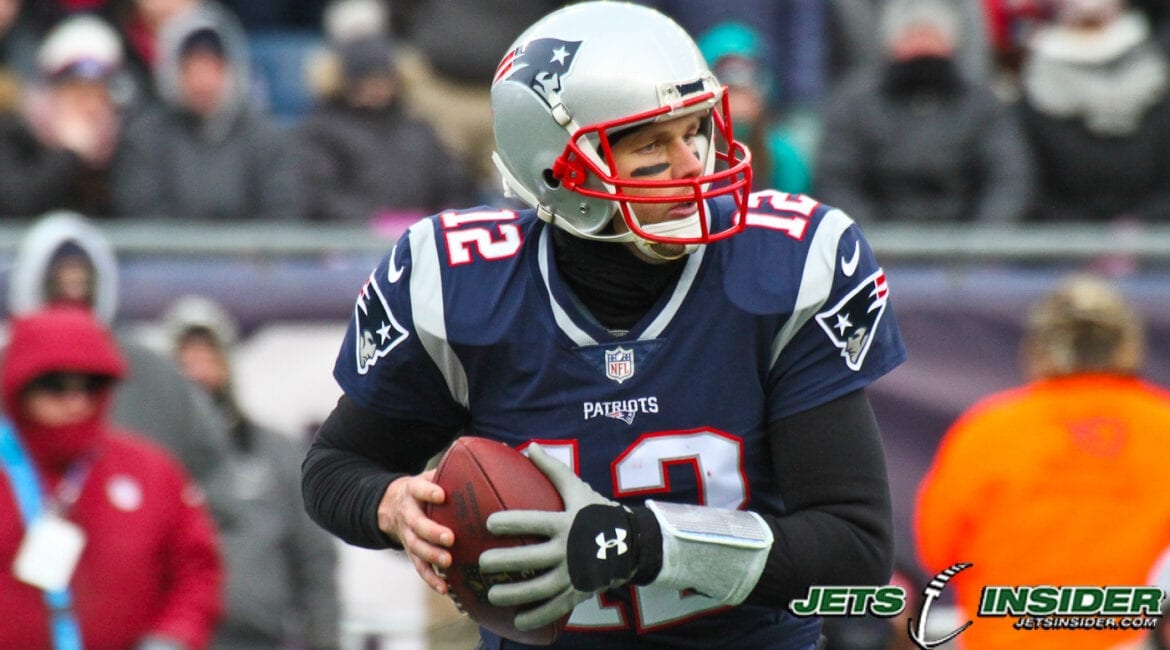 After the disappointing loss to the Green Bay Packers, the Jets have their eyes set on the New England Patriots to close out the 2018 NFL Season. The Jets lost 44-38 to the Packers when the defense fell apart in the fourth quarter. The Packers were able to go ahead late in the game forcing the Jets to kick a field goal to tie it.  In overtime, the Jets offense never saw the ball as the Packers drove downfield and scored a touchdown. Once again the Jet offense played remarkably well but the defense let them down. Meanwhile, the Patriots broke a two game losing streak last week against the Buffalo Bills, beating them 24-12.

It’s been four weeks since these two teams last met and not much has changed in the standings. The Patriots clinched the AFC East and will have to win this game to clinch a first-round bye week in the playoffs. On the other side of the ball, it will be beneficial for the Jets to lose this game and to hope for the Arizona Cardinals and the San Francisco 49ers to win their last games so the Jets have a chance to receive the first overall pick in the draft.

Both teams met during week 12 with the Patriots getting the victory 27-13 at MetLife Stadium. At the time, the Jets offense was led by Josh McCown, who was filling in for the injured Sam Darnold. He had attempted 45 passes while the running backs only saw 12 touches for 59 yards on the ground. The Jets defense had zero sacks.

Tom Brady was Tom Brady finishing the game 20/31 with 283 yards and two touchdowns. New England rushed for a total of 215 yards with over half of their yards coming from rookie running back Sony Michel. The Patriots defense sacked McCown twice and was able to intercept him once.

Sam Darnold will face the Patriots for the first time in his career on Sunday. In this game he can play spoiler to the Patriot’s chances of earning a first-round bye week and it will be the first of many times that he will see action against the Pats. He is coming off the best performance of his career completing 24 of 35 passes along with 341 yards and three touchdowns. New England still has something to play for which will make this an interesting contest to watch. Also, this will likely be Todd Bowles’ last game as the Jets Head Coach. Here are some more details about Sunday’s matchup.

Watch For Short Passes: Tom Brady makes his living with quick short passes to either his receivers or running backs hoping to gain yards after the catch. These slants, outs, or passes in the flat result in receivers catching the ball with no one around them and then turn up field to rack up yards or get past the first down marker. This is something the Patriots do game after game so the Jets need to play man coverage and knock the receivers off their route within the five yards allowed. If they can shut down these short passing attempts, it will give the defense more time to sack Brady.

Keep Tom Brady Off The Field: If Brady isn’t on the field, its plain and simple, the Patriots won’t score. The Patriots offense is deadly and it seems when they play the Jets they perform without flaw. The Jets need to take their time on offense if they want to control the tempo of the game and should not rush down field or attempt consecutive long passes. When New England faced the Detroit Lions in week three, Matt Patricia and his Lions controlled the clock which gave Brady a limited amount of time to work in the game. The Jets need to be calm, cool and collected on offense to give the defense time to rest and remain fresh.

If The Run Works, Use It: The last time these two teams met, the Jets had a total of 15 rushes for 74 yards. That averages out to almost five yards a carry. Because the Jets fell behind, Jeremy Bates abandoned the run game putting the burden on Josh McCown and the passing game. His 26 completions out of 45 was somewhat disappointing and the Jets lost the game in the second half. They were tied 10-10 going into half time and if the Jets relied on the running game in the second half, maybe the outcome of the game would have been different. On Sunday, if the Jets establish a solid run game early, Jeremy Bates needs to keep at it and not revert to the pass every down. Sam Darnold could also be important to the run game. If he can’t find an open receiver and there is an open gap in front of his face, he needs to keep the ball and rush up the field. These last few weeks he’s shown confidence in rushing up field when scrambling out of the pocket. Of course, running the ball will also run down the clock and keep Brady off the field.

X-Factor: For the Jets to have any success, the offensive line will need to keep pressure off Darnold. Darnold has shown great improvement but he hasn’t faced the Patriots yet. He will need to be sharp and have time to make the right decisions. Trey Flowers and Deatrich Wise Jr. have been the best pass rushers for the Patriots and each had a sack against the Jets the last time they met. Actually, the Jets offensive line played fairly well giving up only two sacks.  Darnold will need more time in the pocket to find open receivers because he will be facing a secondary comprised of guys like Stephon Gilmore, Devin McCourty and Patrick Chung. In addition, the line will need to open holes for the running backs so the Jets can eat up the clock. This game will certainly be a test for an offensive line that had its fair share of ups and downs.

Prediction: Patriots 31, Jets 28 – Given the circumstances, the Jets really have nothing to play for but pride and payback for the prior loss. With the offense running on all cylinders lately, it should be a high scoring game. The only reason why the Jets don’t come away with the win is because the Patriots defense will have some key stops in the game and penalties will wreak havoc on the Jets. Expect the Jets secondary to give up plenty of their fair share of yards and the Patriots to edge the Jets out in hopes to clinch a bye week for the playoffs. Let’s hope the Jets draft well and spend $100 million on players they really need to make the 2019 season a better year.