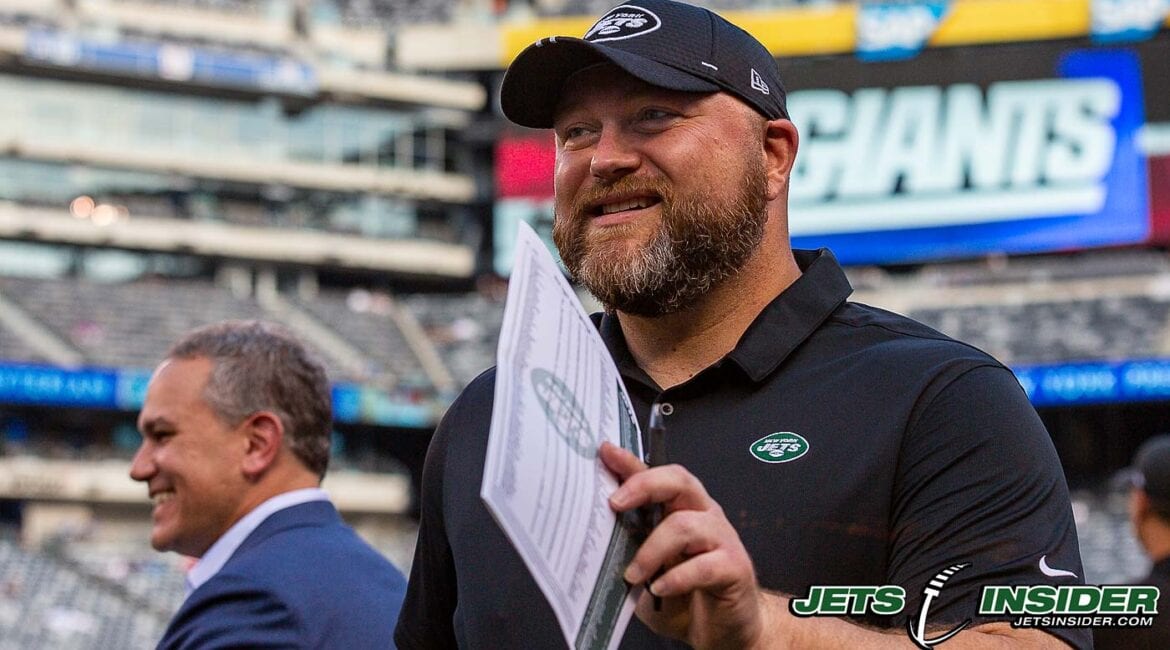 This website is firmly a “don’t pay running backs big money,” website. However, this website also doesn’t actually make any decisions for the Jets. Fortunately for fans of the team, Joe Douglas is much closer to being firmly entrenched in the “don’t pay running backs big money,” crowd than not. But there are exceptions to every rule and we don’t yet have any idea how Robert Salah and Mike LaFleur feel about it.

49ers head coach, Kyle Shanahan, certainly hasn’t been afraid to pay running backs. Could Salah and LaFleur feel the same? Regardless there’s only one available free agent that would normally command big money and that’s Aaron Jones. But with the cap situation being as big a mess as it is around the league, will there be a huge market for Jones?

ALREADY ON THE ROSTER:

Ty Johnson – 2020 taught us that we should see more of Ty Johnson. We saw enough good things from here last year to want to see him touch the ball more. Fans should be completely comfortable with him being the number two back.

La’Mical Perine – 2020 also taught us that La’Mical Perine is fine. He’ll get you what’s there, not much more. Honestly though, Perine shouldn’t make the final roster after training camp cuts.

Josh Adams – Joe Douglas loves him some Josh Adams and I totally get it. Adams had a great career at Notre Dame, but he ran behind one of the best offensive lines in college. The Eagles drafted Adams when Douglas was there and Douglas brought him to the Jets. They should absolutely look to bring the big, bruising Adams back as their number three running back.

In bold are the names I think Douglas will consider. Most of those names we already know would fit in LaFleur’s system, like Aaron Jones who has thrived in Matt LaFleur’s system. Coleman, Breida and McKinnon all played for LaFleur in San Francisco, Brown with Sean McVay and Williams, just like Jones, with the brother LaFleur in Green Bay. Duke Johnson’s name is in bold simply because I’ve always loved him and thought he deserved more touches. Especially in the passing game, but I don’t expect the Jets will sign him.

Aaron Jones is the prize of this class. He’s the only one that could command big money, but again it might not be as big as expected. So the question becomes, at what number does his contract become too much for Douglas and company? My guess is that number is higher than most think it is.

Jones is only 26-years-old, and he doesn’t turn 27 until December, so he is still four years away from the dreaded 30. But more than that, he only has 651 touches for his career. The Packers always did a good job of not running him into the ground and he doesn’t have the normal wear and tear of an elite, free agent running back. He’s also a very good receiving back, his game is pretty flawless. There’s zero doubt that signing Jones would make this offense better over the next couple of years and he would be a huge help for a rookie quarterback to lean on. There’s obviously a price that has to be set that would be too much, but the Jets should absolutely entertain the idea of signing him. Of course the Packers could still franchise tag him, or re-sign him, in which case the Jets could turn their attention to Jamaal Williams. Williams has impressed in that same system, maybe a bigger role for the Jets would be the answer.

Chris Carson is the second best back in this group. You love to watch his style of running, yet kind of hate it if he’s on your team because you’re always afraid he’s going to get hurt (think Chris Ivory). Carson is such a violent runner that it seems he’s always dealing with an injury, but he’s missed far fewer games than you think. Carson is also only 26 as well, but he’s not going to command anything near big money and could be a value signing as long you’re prepared for him to miss some time.

CONCLUSION: I’m still inclined to believe the Jets could re-sign Josh Adams and draft a running back in the middle rounds. If there determined to get in on this running back market in free agency then targeting the two Packers backs should be the play. Obviously it’s price depending on Jones, but he’s admittedly worth more than I’d want to pay. Williams won’t be nearly as expensive and could absolutely end up being a bargain. The Coleman, McKinnon, Breida’s would be fine as a complimentary back, but again I’m good with Ty Johnson and Adams in those roles. Go with one of the Packers backs, price depending, or turn to the draft.