JetsInsider.com > News > Blogs > WATCH: Back in the Big Apple: Davis excited for the opportunity

WATCH: Back in the Big Apple: Davis excited for the opportunity 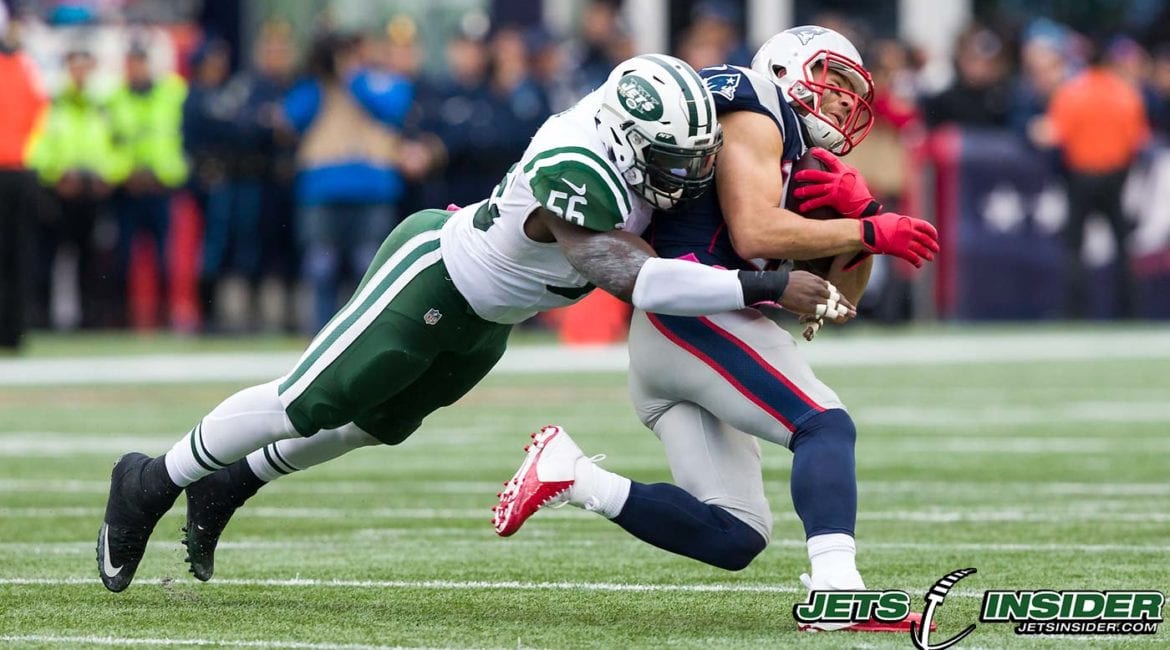 FLORHAM PARK, NJ – When he was drafted in the third round of the 2012 draft, Demario Davis was compared to NFL phenom, Ray Lewis, in terms of his leadership capability. Praised by, then-head coach Rex Ryan, Davis was thought to be an athletic linebacker that was one of the top tacklers coming out of college.

After a four-year stint with Gang Green, and 51 starts, Davis left New York to went to the struggling Browns. Davis started in 15 games for the Browns last season totaling 59 tackles, two sacks, and a forced fumble. The athleticism that Davis showed at Arkansas State, has been on display time and time again.

This offseason, the 28-year-old was traded from the Browns back to the Jets in exchange for Calvin Pryor. The trade was very popular amongst most Jets fans. Davis then took a pay cut, slashing his salary from $3.7 million to $900,000 after his trade from Cleveland.

While most players are not always receptive to taking a pay cut, Davis is just happy to be back in New York.

“I’m ready to help the Jets pursue a championship. I’m ready and willing to help in any role that the coaches see fit.”

Speaking to reporters after practice on Tuesday, Davis also praised the help he received during the offseason.

“I had some outstanding coaches during the offseason and I am just excited to see how that translates to on Sundays.”

With the loss of long-time linebacker David Harris, the Jets have a major need at linebacker that they hope Davis can fill. He replaces Harris as the starting inside linebacker, while also being paired with second-year pro, Darron Lee. Davis also comes in far cheaper than Harris. With Harris’ release, the Jets saved $6.5 million. Now add that to Davis’ choice to take a pay cut once he returned to New York and the answer is very simple: on a team that is tanking and looking to the future, saving money is the first priority.

For Davis he just “praises God for everything.”

Game Preview Jets 7 8 Vs Dolphins 8 7,Jets Dolphins Previewing Round 2 Of The Rivalry,No Napping In The Secondary,Jets Blow Playoff Chances Lose To Titans 14 10,Lunch With Woody,Where Has The Offense Gone,All 22 Film Breakdown Of Jets Bills,Preparing For The Colts Defense,Edwards Excited To Be Back And Looking To Lead,Brad Smith Out Turner In For Divisional Game