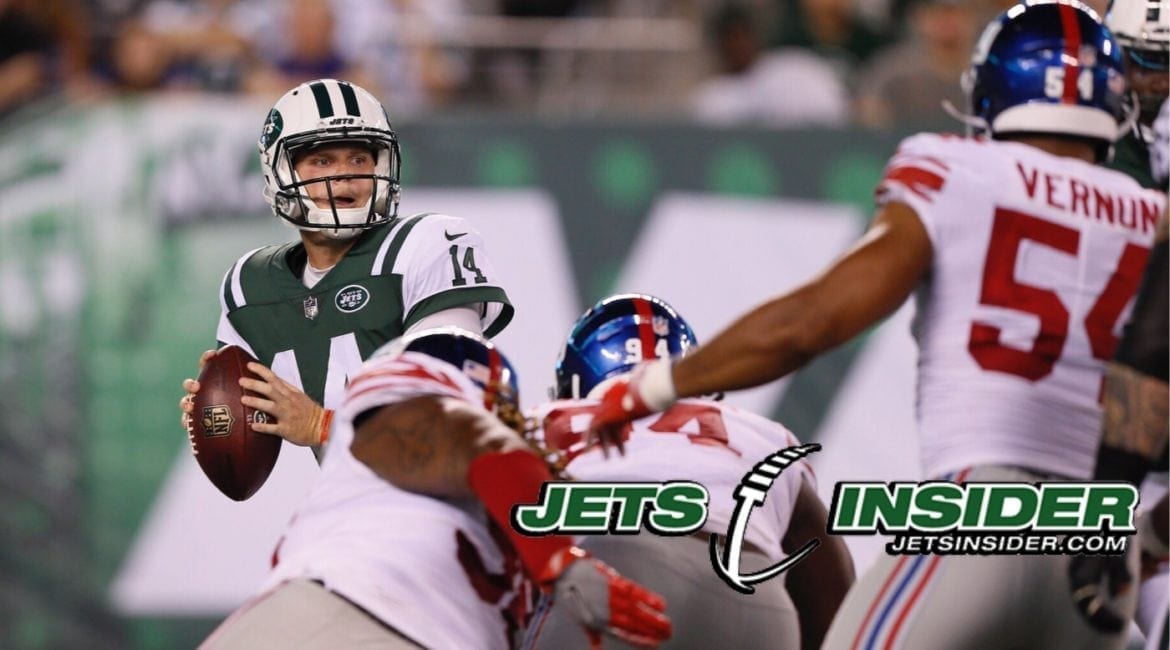 Sam Darnold looked solid today and the bend but don’t break defense played their game giving up only field goals. But it was one sloppy game on both sides of the ball with the Jets racking up 13 penalties for 108 yards.

“It felt like more than that. We practice it. We practice doing things on it. We can’t have that going into opening day,” Todd Bowles said when asked about the penalties. “I thought the effort was great, especially in the first half. The penalties were and will be unacceptable going forward. We have two more weeks to clean it up, so we’ll work on it.”

Special Teams made numerous mental errors, from missing tackles on 55-yard TD punt return to a fumble on a kickoff return that should have been kneeled in the end zone. The offensive line looked out of synch playing inconsistently and on defense there was virtually no pressure on the Giants QBs. The Giants led the game going into halftime by the score of 16-13 and never looked back.

The Jets opened the scoring with a flawless drive by Sam Darnold, going 75 yards in 11 plays. Running back Bilal Powell capped off the drive with a 10 yard run into the end zone. New Jets kicker, Jason Myers, kicked his first extra point with the team. But the Giants would answer back a drive later after Hunter Sharp returned a 55 yard punt to the house knotting the game up at seven. On the following kickoff, Jets linebacker Josh Martin was called for a hold, limiting the team’s starting position and the Jets would go three and out. These two plays were only the beginning of the nightmare for the special teams unit.

The Giants following drive would open with Eli Manning finding Cody Latimer for a 54 yard catch as Latimer beat out Morris Claiborne for the reception and landed on the Jets 10-yard-line. However, the Jets struck luck on the next play. Giants running back Jonathan Stewart would fumble after being hit by Avery Williamson and Leonard Williams would recover and run to the Giants 47.

The Jets would follow up with another successful drive which consisted of four plays and ended with Sam Darnold finding Terrelle Pryor in the redzone for a 12 yard touchdown, his first touchdown as a New York Jet.

“I thought I played well. Got off to a good start, great first drive,” Darnold said. “Our offense, we really got in a good rhythm, so I felt like I played pretty well. Just have to cut down on the penalties which, again, I blame myself for those. Just as an offense we’ve got to be on the same page and that always comes back to the quarterback.”

In the second half, Bridgewater would come in for mop up duty with the second-team but not much offense was generated.  The Giants would add two additional field goals and take the lead 22-13 late into the game. Bridgewater managed to drive the Jets offense down the field but the drive would stall on the two-yard-line. Bowles elected to kick a field goal to make the game within one score but the Giants never looked back.

After the game Bowles had plenty of criticism for his team.

“I was disappointed because there were some people who had a chance to shine and make this team. They had an opportunity and, given the opportunity, some of them didn’t fare too well,” Bowles said. “We’ll watch the tape and go from there. We put some people in positions that we liked. They had a chance to make the team and take advantage of certain situation. We’ll see who did and who didn’t.”