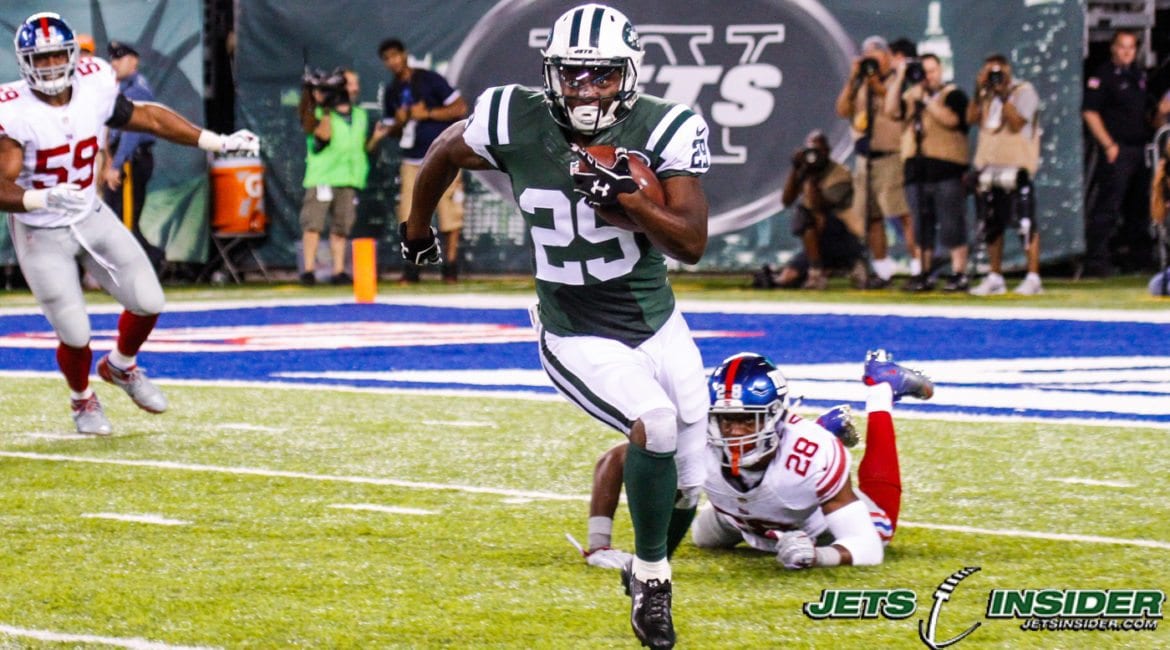 “Who says you can’t go home?” That line is from a song by one New Jersey’s prodigal sons, Jon Bon Jovi. The truth of that line became clear on Friday when the Jets re-signed on of their favorite sons, Bilal Powell. After playing only seven games last season it seemed that his career in New York was over. I guess nothing is what is seems.

This move, first of all, came out of nowhere. Nobody saw this coming. If they didn’t look at Powell during the early to middle part of free agency it wasn’t expected for them to go back there now. Clearly they weren’t happy with the current depth at the position so they turned to an old franchise friend.

If Bilal Powell is healthy, and one would assume they wouldn’t make a move unless he was, this is a very smart decision. Powell is an effective runner, a sure-handed receiver and an effective blocker. How effective? Powell has averaged 4.4 yards per carry throughout his career. How sure-handed? From 2013 on, his catch percentage never dipped below 60%.

Powell does a good job at everything a running back is asked to do. He’s a triple threat. Think about that in context with the rest of the depth chart. Le’Veon Bell is, well we know what he is, unbelievable at everything. He’s a Pro Bowl caliber player, and that’s all that needs to be said. Ty Montgomery is a threat out of the backfield as both a runner and a receiver.

This can only be a positive for Sam Darnold. The likely top three running backs are threats in all phases of the game. These players create a diversity that will do nothing but thrive in Adam Gase’s offense.

Whether we like Gase or not, they are building a team that is set to perform well in his offensive scheme.

Jets Players Get Charitable With Free Time,Running Back Roulette,Jets Hang On To Beat Giants 34 27,The Morning After Report 4,Ghosts Of New Jersey,T Bo,The Safe Choice Does Not Equal The Right Choice,Another Substance Suspension For The Jets,Jets Fumble Away Game Drop Sloppy Contest Vs Falcons,Jets Select Blessuan Austin With The Sixth Round Pick In The Draft