Boldness from Bowles at Owners Meetings 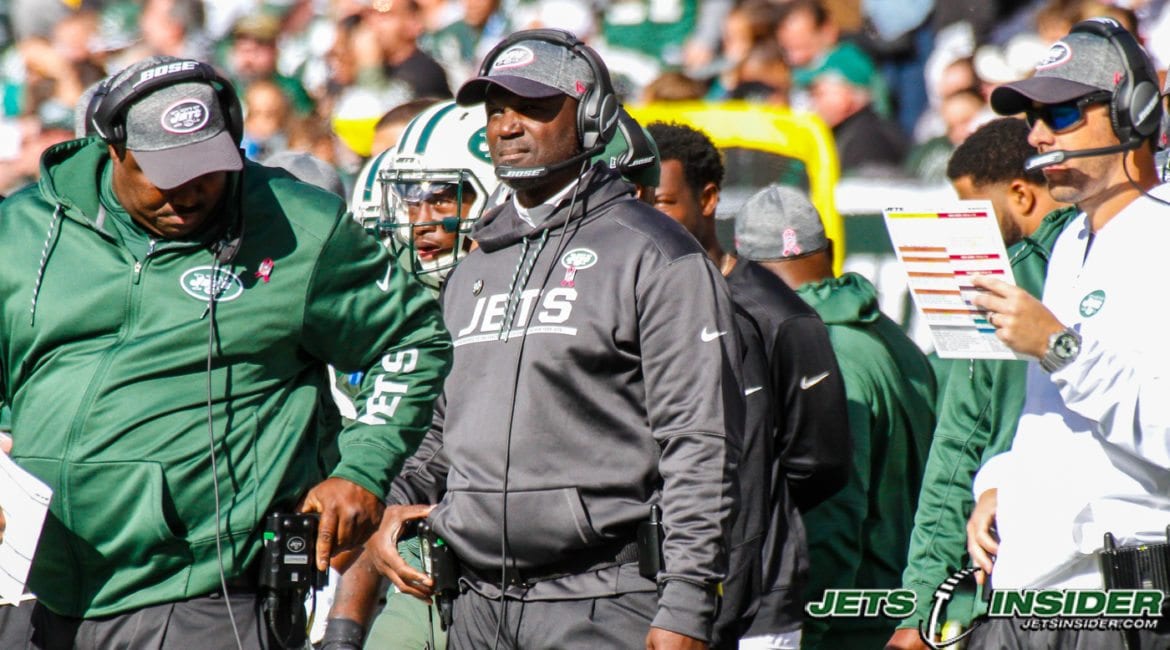 The cards have been stacked against him. Todd Bowles knows his hand isn’t the best one at the table. Yet, that still won’t force him to fold early. No, this head coach is going to compete to the very end – even if it is one big bluff.

On Tuesday, the Jets head coach addressed reporters at the NFL owners meeting. He provided a glimpse into the near future – a future many outsiders suggest is an ugly one. Just don’t tell Bowles – or tell him, he won’t care.

“Our expectations inside the building are high. It doesn’t matter what everyone’s expectations are. You don’t address that (in the locker room),” said Bowles. “We’ve got to put in a bunch of work to be where we need to be. So, coming in the spring, there are steps we’ve got to get to and we’ll start with step one.”

Bowles doesn’t care what the ‘experts’ are saying – nor should he. His job isn’t to worry about what people are saying or suggesting. His job is to coach and develop the men on his 53-man roster come training camp. In the meantime, Bowles will approach the 2017 regular season with his head down like a running back at the goal line and forget about the possibility of losing his job at the end of another difficult season.

“That’s something I never worry about. I’m just trying to win ballgames and coach,” said Bowles. “I’m going to keep my head down and grind. I’ve never worried about my contract. You just go ahead and work.”

This roster is unproven. Many veterans and locker room leaders are out the door. The youth movement is in full effect. Now, these young players are going to have to go full speed ahead and work to prove themselves. Gone are Brandon Marshall and Darrelle Revis. Gone are Nick Mangold and Breno Giacomini. This team is not the same. They are essentially starting from scratch. It is time to ‘just go ahead and work.’

Some boldness from Bowles.

He isn’t wrong. These players will have their opportunity to make household names for themselves this year. The Jets are fully committed to their youth movement and rebuild process. In the end, general manager Mike Maccagnan, Woody Johnson and Bowles hope this movement will lead to the construction of a perennial playoff contender, not just a one-time pretender.

The old adage goes: competition brings out the best in show. That is what Bowles hopes to hang his hat on this year. The hope is that positional competition will separate the bad from the good and the good from the great – if there is a great on this team.

Come mini camp – and eventually training camp – roster spots are up for grabs. Not one spot should be guaranteed after a year like 2016 for these New York Jets. That should bring out the best in some of these players. A talented draft in certain positions will certainly push some players into uncomfortable situations.

The Jets hope this competition lights a fire under Christian Hackenberg and on defense for Juston Burris and Darryl Roberts. The coach wants the next step to be taken for those three players in particular.

The Jets have their work cut out for them in 2017. Nobody is counting on them to turn some heads and make noise. Yet, that is all fine and dandy for Todd Bowles.