JetsInsider.com > News > Blogs > Choosing between Jets either-or scenarios at No. 11

Choosing between Jets either-or scenarios at No. 11 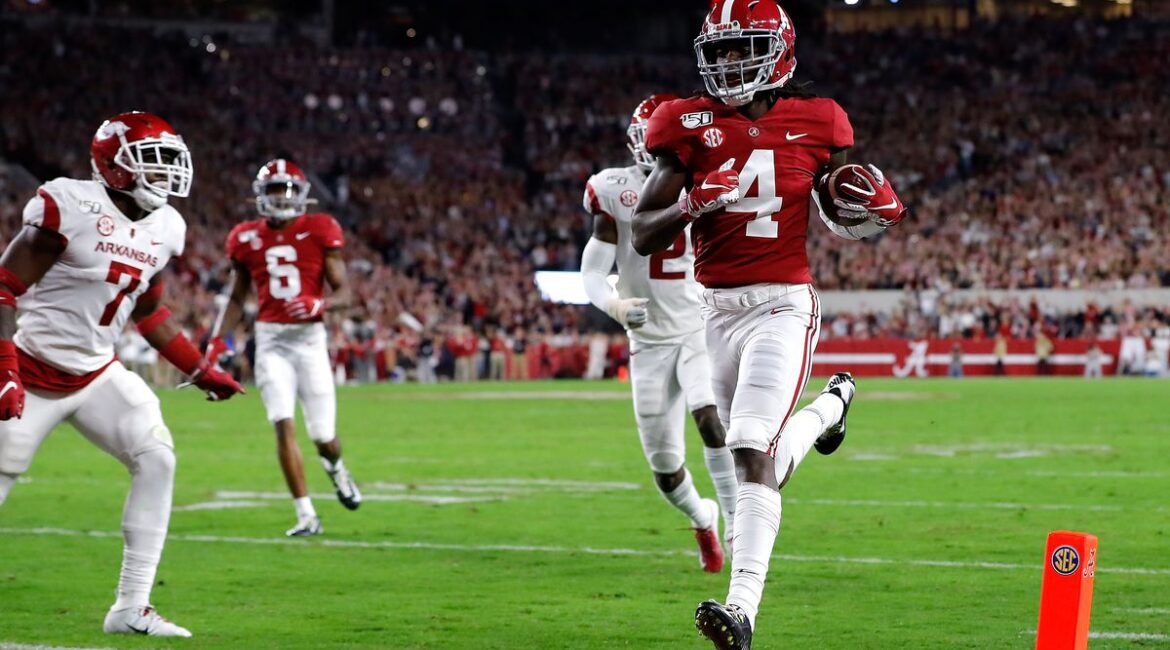 First off, I think it’s clear that if any of the top four offensive line prospects are on the board, the Jets are taking one of them.

Wills is the top dog. For some odd reason, he has been lumped in with the other three tackles despite possessing by far the best tape of the bunch. He has exceptionally sound fundamentals, great feet, devastating power, a towering frame, and superb quickness for a man his size. Each of the other three prospects are elite in their own ways and deserve to go in the top half of the first round, but Wills just does not have any weaknesses. The Jets would be lucky to have him at No. 11. I think some team is going to be smart enough to take him in the top-10.

Based on their signings upfront and their apparent confidence in Chuma Edoga, it seems that the Jets are valuing athleticism in their offensive linemen. Both of these players fit the bill. Becton moves far better than a six-foot-seven, 367-pound behemoth should be able to. Wirfs posted a 98th-percentile time in the forty (4.85) and a 99th-percentile mark in the vertical jump (36.5 inches).

It could go either way, but I think the Jets would go with Wirfs in this scenario, and that would be my preference as well. Becton would be an excellent pick for his unlimited upside, but he is arguably the least-sharpened of the Big Four. With a draft philosophy curated by Joe Douglas that is built around how a player fits the Jets’ coaches and schemes, I think Wirfs may be the No. 1 tackle on their board.

Based on the previous point about the Jets favoring athleticism, Becton would be the pick here. Thomas is a strong athlete in his own right, checking in above the 60th percentile in most measurements, but his game is built around his power as a run-blocker. He may not be a fit in a Jets offense that tends to ask its linemen to get on the move more than most other teams.

I lean Becton here, but Thomas would not be a bad pick at all. While the Jets may not be the best fit for him, he is talented enough to make it work anywhere. The Jets are really fortunate to have four elite tackle prospects out there while they have such a huge need upfront – now the question is whether they will be lucky enough to have one fall to them.

Things will get interesting if there are no tackles on the board. The Jets could hang tight and take one of these two gifted wide receiver prospects, or they could explore the market for a trade-down.

I lean towards the latter. Jeudy and Lamb are both phenomenal prospects that would seemingly solve the Jets’ need for a top receiver, but this is a very deep wide receiver class. The Jets can pass on a wide receiver at the 11th spot and still feel confident about getting an intriguing pass-catcher later on in the first round or with their second round pick.

If the Jets can find a worthy trade-down package in this scenario, that is the way to go. If not, either one of Jeudy or Lamb would be a great consolation prize. Jeudy is my pick – his sublime route-running ability is tailor-made to facilitate a smooth transition to the NFL.