JetsInsider.com > News > Blogs > Hackenberg: “I’m confident I can play at this level”

Hackenberg: “I’m confident I can play at this level” 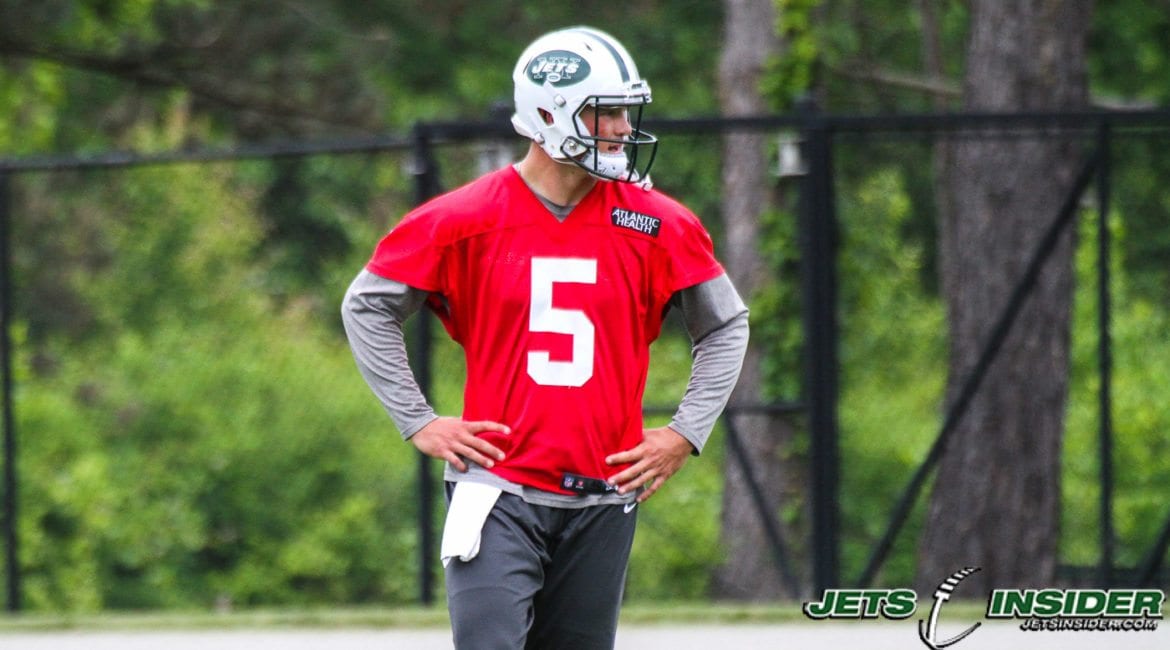 Florham Park, NJ – The writing is on the wall for the 2017 New York Jets. Management and front office officials are fully invested in the unofficial tank. The release of veteran linebacker David Harris and dismissal of wide receiver Eric Decker is the latest evidence to support the claim. If you were not a believer in the Jets desire to rebuild after Darrelle Revis, Nick Mangold and Brandon Marshall were handed pink slips, then you certainly understand now.

With 2017 OTAs approaching the rearview mirror, Christian Hackenberg is taking this opportunity to grow and mature. He insists he and his team have nowhere else to look but forward. There is no room to harp on the past. The cards have been dealt.

After a redshirt freshman season in the NFL, Hackenberg has a hunger to prove critics wrong – even if the quarterback says he does not listen to those talking heads.

“It is what it is,” said Hackenberg. “I’d rather focus on the positives of [redshirting last season] and what I’ve learned from it. That’s how I look at last year. I look at the positives and go from there.”

Now that the Jets are embracing the rebuild process, the question posed must be: “Why start a quarterback other than Bryce Petty or Hackenberg?” Truth is, there is no reason for Josh McCown to be starting a regular season game this fall or winter. If New York is fully committed to the rebuild or tank, they should scout what they have in Petty and Hackenberg before anything else.

At this point, why even start McCown?! #nyj

Nevertheless, Hackenberg will continue to ignore the outside noise while he focuses on stealing the starting job from McCown and Petty. If it is any consolation, Jets fans should love his attitude and work ethic as OTAs near the end.

You can watch what else Hackberg said on the final day of OTAs in the video above.