JetsInsider.com > News > Blogs > Could the Jets trade down in the first round?

Could the Jets trade down in the first round? 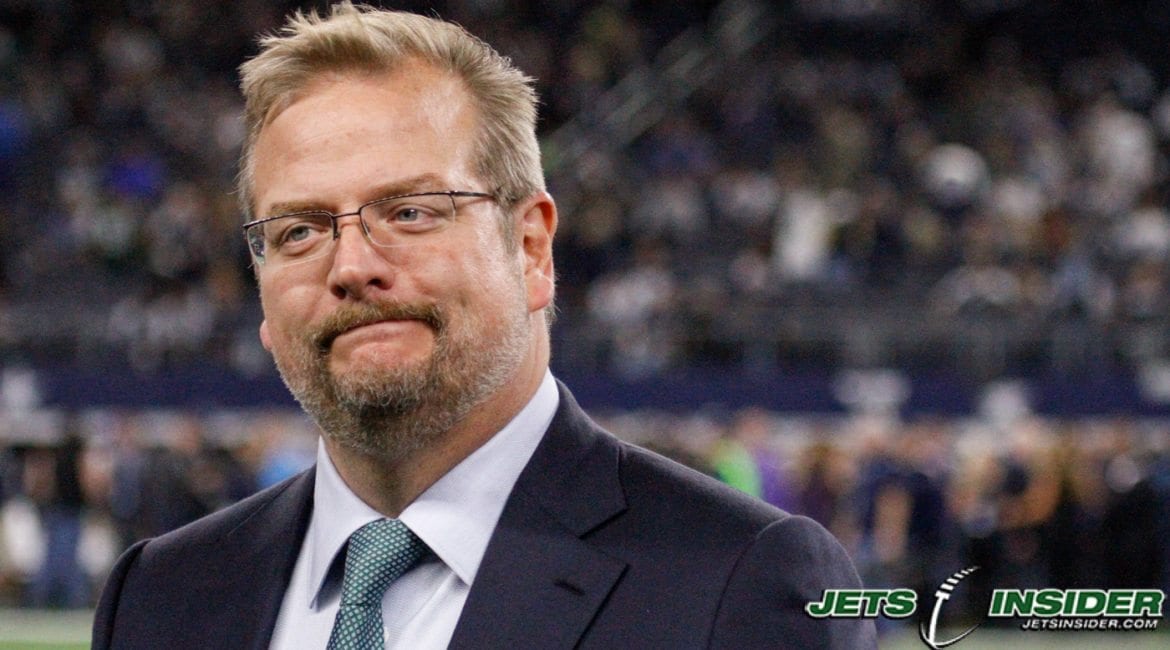 Every year, when discussing who the Jets should take in the first round, I’m inevitably met with a chorus of “trade down, they have to trade down.” To which I inevitably respond, “sure, that sounds great but it’s not that simple.” The same applies this year – reasons to be discussed below – but there’s a lot of chatter about the Jets looking to trade down this year and not just the standard GM speak of ‘all options are on the table/we’ll look at everything.’

I’ve heard the Jets aren’t in love with their options at six, there’s a bunch of players they really like but they all come with some concerns (the best example of this would be Ohio State free safety Malik Hooker, if he’s healthy he is more than deserving of being the sixth overall pick but teams have concerns about whether he’ll be able to avoid injury throughout his career). The other factor playing into things is most of the players they could target at six could be available to them if they traded back or at least a player that’s not too far off from the talent level of who they would draft at six. Again if we look at Hooker as an example, if the Jets trade back they would likely miss out on Hooker depending on how far they trade back, but Washington safety Budda Baker is going to be a hell of a player and if the choice is between taking Hooker at six and trading back to acquire an additional pick or two and still coming away with Baker, I’ll take Baker and the pick(s).

Or look at O.J. Howard, the sixth overall pick is a bit too high for a tight end and history says picking tight ends that high doesn’t exactly work out (Vernon Davis and Kellen Winslow Jr. come to mind), but Howard is special, he’s deserving of the sixth overall pick and he would instantly improve the Jets offense. He would also break the repeating cycle of the Jets taking a defensive player in the first round for the first time in 638 years (slight exaggeration I know). But the Jets could trade back, pick up an extra pick or two, and still possibly take Howard if they trade back to the low teens. Of course they could trade back, pick up the extra pick(s) and miss out on Howard but they could still get a damn good tight end with David Njoku, Evan Engram, Gerald Everett or Jake Butt (someone is going to get tremendous value by picking Butt because of his injury. They may have to wait a little longer for him to have an impact but he’s a talented tight end who I think will have a great career in the NFL).

Now just so you know it’s not only me talking about the Jets looking into trading back, Peter King wrote about it this morning in his MMQB column. King lists the 49ers (second overall), Bears (third overall) and the Jets as “the most eager to trade back.” But this is where the problem of the ‘just trade back’ crowd comes into play as King completes this section by saying, “few teams wanting to move up.” You can want to trade back all you want, but if no one is willing to trade up with you then it doesn’t matter how badly you want to trade up. Also it’s important to remember that all the reasons that I listed for why the Jets want to trade back are the same reasons teams will be hesitant to trade up.

What the Jets need is for a team behind them to have their hearts set on a particular quarterback, that would be the best way to entice a team to trade up and with so much uncertainty about who might take a quarterback and when and which quarterback is at the top of each team’s draft board it’s entirely possible that this scenario could play out in the Jets favor. And yes, I know the Jets need a quarterback themselves and they are intrigued by a few of the options, but I don’t see them liking the value of one of these options at six, but could definitely see them trading back then taking the quarterback the want.

Everyone always wants to trade back, understandably so, but it’s never that simple. Sure teams will make offers, but will any of those offers bring back enough value for the Jets to make the trade? That’s the question that won’t be answered until draft day.

Chris Nimbley is the editor-in-Chief of JetsInsider.com. He can be reached on Twitter (@cnimbley), or via email (cnimbley@gmail.com)

Sanchez Still His Harshest Critic,Rex Addresses Loss To Ravens And Loss Of Jenkins,Its Put Up Or Shut Up For Jets,Jets Rally Together Much Like Nation Did 10 Years Ago,Meet The Prospects Cameron Heyward,Nfl Players Fans Missed The Point Of The Protests,Will Warner Be Playing Elsewhere In 2009,S Leonhard Breaks Leg Out For Season,Jets Free Up Two Roster Spots Cut Qb Kinne Willis,Jetsinsider Radio Live Tonight Camp Cortland Week 1 Edition