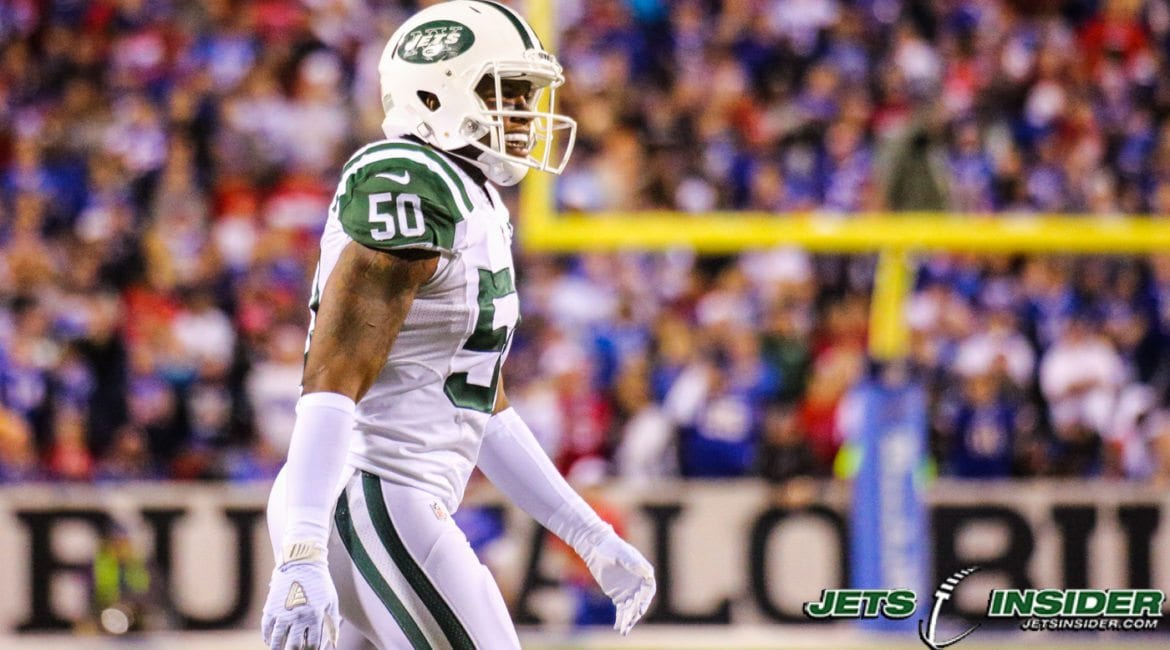 Florham Park, NJ- Fans can point to a plethora of issues to explain the New York Jets 0-2 record so far. However, one issue that stands out is the Jets’ rush defense.

Limiting running backs like LeSean McCoy and Marshawn Lynch is a tough task, but that’s still no excuse. The Jets had success keeping McCoy under 100 yards, most recently last year, and Lynch hasn’t played football since 2015. Through two games the Jets rank last in the NFL in rush defense, and their job doesn’t get any easier as they now face the Jay Ajayi, who rushed for 1,272 yards and eight touchdowns last year.

Darron Lee has been the focus of the run defense’s struggles. He was pushed around and flat on his back in the Week Two matchup against the Oakland Raiders. When asked about Lee’s performance, head coach Todd Bowles came to the defense of his linebacker.

“There are 230-pound linebackers in the league every day,” Bowles said. “Darron is fine. It’s not singling out Darron. We have a lot of guys not playing the run very well.”

Despite Bowles’ comments, the former first-round draft pick in 2016 is still struggling. There were suggestions that the Jets should get creative with Lee, maybe move him further back so he has the ability to read and react to the play. Bowles, however, remains firm on how he’ll use Lee in the defense.

With Bowles refusing to move Lee around, the only option left is for Lee to improve as a linebacker. Defensive coordinator Kacy Rodgers offered some things Lee could work on to have more success.

“Just keep working on his technique,” Rodgers said. “Use his hand a little better, get off the block and make the plays he’s supposed to make when he’s there.”

But Rodgers has confidence that Lee will turn a corner.

“He comes to work every day and we’ll continue to work to get him better,” Rodgers said.

Limiting the opponent’s rushing game is crucial to winning a game. By shutting down the run, the Jets force their opponent to pass more, increasing the chances of an interception. So, if turning the rush defense around starts with Lee, then Bowles better get to work. The longer it takes for the defense to improve, the less wins the Jets will have this year.