JetsInsider.com > News > Blogs > Do the New York Jets have to draft an elite edge?

Do the New York Jets have to draft an elite edge? 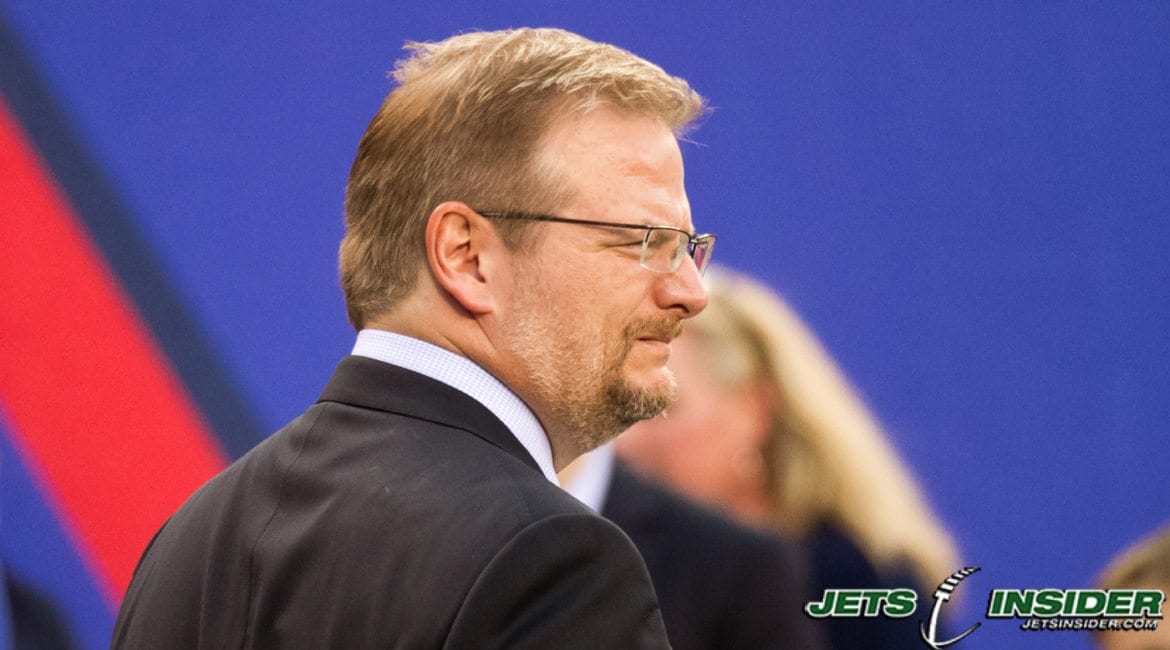 We are finally almost at the NFL Draft. All of the speculation will soon be over and we will know what the Jets are doing with that third overall pick. Are they going to find a trade partner or stay put? Who will they take? Jets fans, we will know soon enough.

Time to get into the debate about the edge pass rusher. Do the Jets have to draft an elite one? Jets fans are more than passionate on this topic, with fans arguing vociferously for each side, and with good reason.

The Jets haven’t had an elite presence off the edge since John Abraham left town. Ever since, the speed rush has been hard to come by for this franchise. That’s why fans are excited by the likes of Nick Bosa and Josh Allen, among others, being part of the 2019 draft class at the position.

Many fans have taken the stance that the Jets MUST use the third pick to take an elite presence off the edge. While this would take the Jets defense to a different level, is this the only way to go with that pick?

The other man of the hour when talking about pick number three is none other than defensive tackle Quinnen Williams. Many fans, including friend of the site and podcast host Scott Mason, feel that if he is available he is the only way to go. Others don’t want to see the Jets take yet another interior defensive lineman.

Must the Jets look at edge pressure, or pressure period? It’s more than fair to say that the Jets should look to add pressure from everywhere, not just the edge. The league may even be leaning that way.

Adam Gase has made clear that the goal is to beat the Patriots. If that’s the case, let’s look at how New England does things on this topic (via Robert Mays of the Ringer):

For example, anyone who studies how Bill Belichick and Co. allocate resources can see that New England never, ever breaks the bank for a pass rusher. When star defensive end Trey Flowers hit free agency this spring, Belichick was content to let him sign with the Lions on a monster five-year, $90 million deal with a whopping $56 million guaranteed (that AAV comes in just behind Miller at no. 21 in the league). In 2016, when former first-round pick Chandler Jones was entering the final year of his contract, the Pats dealt him to Arizona for reserve guard Jonathan Cooper and a second-round pick.

Kansas City had two of the top edge rushers in the league in Justin Houston and Dee Ford. Yet, the Patriots were able to keep them pretty much at bay in the AFC title game last year. Why? The quick release of Tom Brady. And he’s not the only one with a quick release these days (per Robert Mays):

In 2018, 13 quarterbacks finished with an average time to throw of 2.5 seconds or less. In 2011, there were only six. As quarterbacks continue to get rid of the ball quicker, edge rushers could see their impact diminish.

It’s a simple process to understand. The interior linemen are closer to the quarterback and to the ball than the guys coming off the edge. They can step right into the quarterback’s face before they have the chance to get rid of the football. Coming around the edge allows the passer to step up and step into his throw before the oncoming rusher can get there.

Think about the games over the years where the Jets have given the Patriots problems. In every one of them, the Jets have generated pressure in Brady’s face to get him off of his spot. Pocket passers hate pressure in their face. Coming from the middle makes it tougher for any passer, simply because it’s a shorter distance.

This game is one that has evolved since the day it began. We are at a point where offenses routinely score 25-30 points per week. The defenses are going to start adjusting to catch up. It will happen sooner rather than later.

If the Jets take a guy like Quinnen Williams and lean on interior pressure, they could actually be at the forefront of the next defensive evolution. Wouldn’t that be a nice change of pace?