JetsInsider.com > News > Blogs > Everything is bad 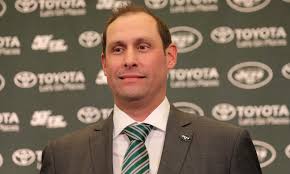 In a twist of fate, almost too blisteringly cruel to fathom, the Jets defeated the Los Angeles Rams by three, meaning that Jets fans will likely have to endure one of the worst seasons in NFL history without getting the number one pick and Trevor Lawrence.  Just as the icy hand of destiny intervened in 1996 to keep Peyton Manning from the Jets, so too has it intervened now.

Frankly, the Jets didn’t even look like the better team. The Rams sleep walked their way through the first half before finally realizing in the fourth quarter they had a game today. Only a few questionable penalty calls on the Rams offense prevented them from erasing their deficit completely and coming back.

Jets fans may be asking: what was the point of this? What is the point of watching and supporting a team putting forth a product *this* pitiful if the Jets won’t be rewarded at the end? The answer is: nothing. There is no point.

The ways that this win is bad are innumerable, but I’ll do my best to surmise:

The Jets likely won’t get Trevor Lawrence, the best QB prospect in well over a decade. That’s obviously bad enough on it’s own, but additionally, no Trevor Lawrence, you can say goodbye to all of the high profile coaching candidates that would ordinarily be attracted to the job. Bury your dreams of Matt Campbell, Pat Fitzgerald, Eric Bienemy and others. You’re going to get Wink Martindale or Jim Harbaugh now. Learn to love it.

This entire offseason will now be a never-ending hellscape of all of us yelling at each other about what the Jets should do next. Everyone was in consensus that Trevor Lawrence was the correct move. Now that he’s likely not an option, everyone will have a different opinion about what they should do instead. Some will want to draft Justin Fields. Some will want Zack Wilson. Some will want to trade for a veteran. And finally, some mongoloids will actually want to build around the sentient thumb: Sam Darnold. It’ll be none stop arguments with people with terrible opinions. It’ll be the presidential debates on Twitter every day. That’ll be fun.

Finally, all those slimy media types that have been rooting for the Jets to lose out on Trevor Lawrence will have their snake-like behavior validated and rewarded. Adam Schefter, for the second time in three weeks, seemed to tweet some weird celebration that the Jaguars would be getting Lawrence instead of the Jets.

Make no mistake: remember all the tweets and think-pieces from ostensibly serious media types about how Trevor Lawrence should do what he can to force his way onto a good NFL team? Those will stop now. Completely. People want bad things to happen to this team, and they are never, ever disappointed.

I’ll end with this: all of this misery and suffering, it’s this mans fault.

He ruined Sam Darnold. He is a liar. He is needlessly cruel to his players. He is a terrible leader and terrible coach. He has engineered one of the most painful years in the history of the NFL and today, he made sure that the Jets would have nothing to show for it after he is gone; and he did it all while giving 20 touches to Frank Gore.

Adam Gase, I hate you. I wish you nothing but misfortune. May your tongue turn to ash and your bones to snakes. I hope your weird bug eyes keep expanding until they pop and most of all, I hope that you never get hired by another NFL team again…so that you don’t have an opportunity to hurt another fan base the way you’ve hurt us. Alright, talk to you guys later. I’m gonna go take a shower with my clothes on.