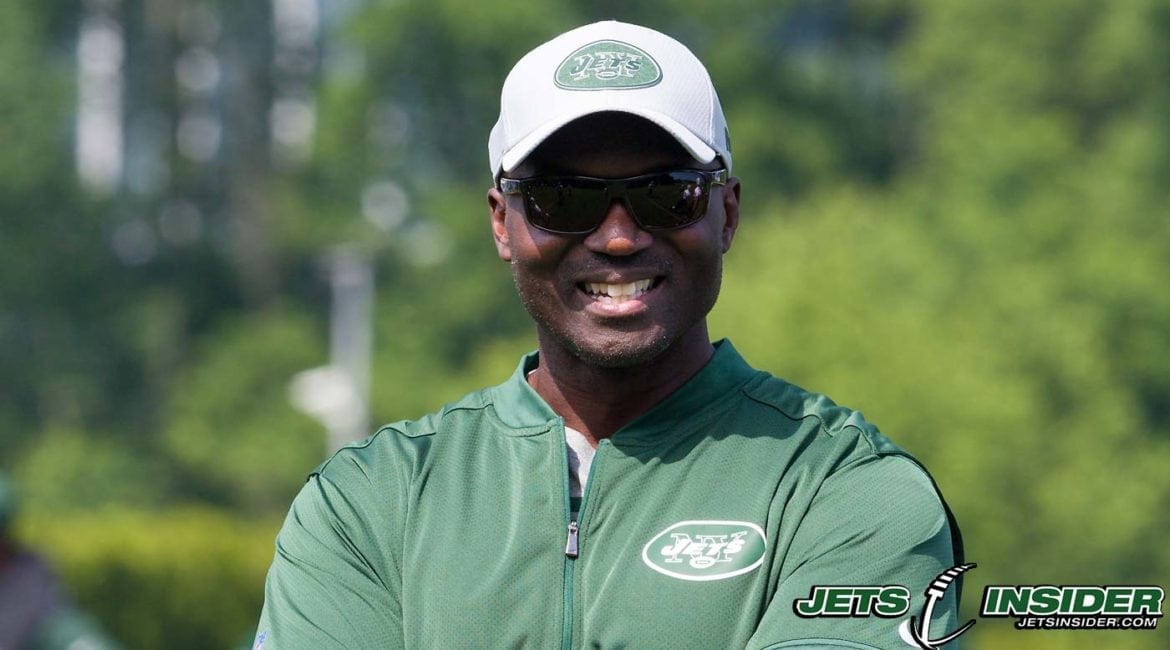 FLORHAM PARK, NJ – If defense truly does win championships, it all starts with the defensive line. The Jets may be a year or two away from being a contender, but they are starting to get the right pieces in place. The New York Jets may have found a day-three gem on the defensive line that could end up being a franchise cornerstone that will make fans forget about Muhammed Wilkerson.

Folorunso “Foley” Fatukasi was the Jets sixth-round draft pick this past April, and might round out one of the best Jets draft classes in recent memory, but by no means will he be an afterthought.

With Steve Mclendon clogging up the middle at nose and Mike Pennel being a quality depth player, seeing the field for Fatukasi in 2018 is far from inevitable. Fortunately for Fatukasi, he has extreme versatility and a killer mentality. All the talent in the world won’t make up for a lackadaisical attitude. Fatukasi is far from being in that boat, and has been known for his motor and work ethic.

“Wherever I can get on the field, I will do it. I’m not turning down any opportunities,” Fatukasi said. “If they want me to get water I’ll go do that.”

Fatukasi wears number 94, and after batting down a pass in his first practice it was easy to mistake him for Kony Ealy, who had nine pass defenses last year. There are similarities between the two, both being talented pass-rushing defensive lineman. Fatukasi’s arms are a ¼” shorter and his vertical is 1” less than Ealy’s at the combine, but Fatukasi has 50 pounds on the second-round pick from 2014 at the combine. Despite the weight differential, his broad jump was only two inches shorter (114” for Ealy compared to Fatukasi’s 112”), inferring an immense amount of leg strength. While Ealy was praised for his athleticism, this is seen as a weakness in Fatukasi. What Fatukasi lacks in speed, he more than makes up for in strength, and his feet are deceptively quick.

Fatukasi has impressed during training camp, taking plenty of second-team reps at multiple positions during practice. He was a standout performer during the Green and White scrimmage, establishing the line of scrimmage in the backfield on many plays and even recording a sack. He repeated those efforts in the first preseason game vs. the Falcons, where he also got a sack.

Fatukasi said the preseason games “Felt great, they were both fun. We got two more, and then God willing, I’ll be a part of the first game of the season.”

Fatukasi, like any rookie, is raw, but he has a willingness to learn and the physical tools to be a pro-bowler once he gets settled in the NFL. First Fatukasi must make the Jets roster, which he knows is a process, but he’s ready to put in the work.

“I feel like everyday I come in here, I have a goal and I try to execute that goal,” Fatukasi said. “Today it was to get off the ball more and have better pre-snap reads. Everyday I come in I work my tail off. I have a lot of confidence in myself.” In particular, the veterans have been a big help. “After plays they say work on this, work on that. I’m making more and more improvements as I go.”

Coach Bowles knows what he is capable of, saying “He’s learning the defense right now, but he’s physical, he’s heavy-handed and powerful, and he’s working on technique right now. But we’re pleased with him.”

At the university of Connecticut, he recorded 14 sacks and 21 tackles for loss in 44 games, including a breakout sophomore season where he had 7.5 sacks and 4 forced fumbles. With some time and coaching, Jets fans may see that level of production again.

Don’t take my word for it. “I’m going to let my play decide how Jets fans feel about me.” Fatukasi said. “Actions speak louder than words.”