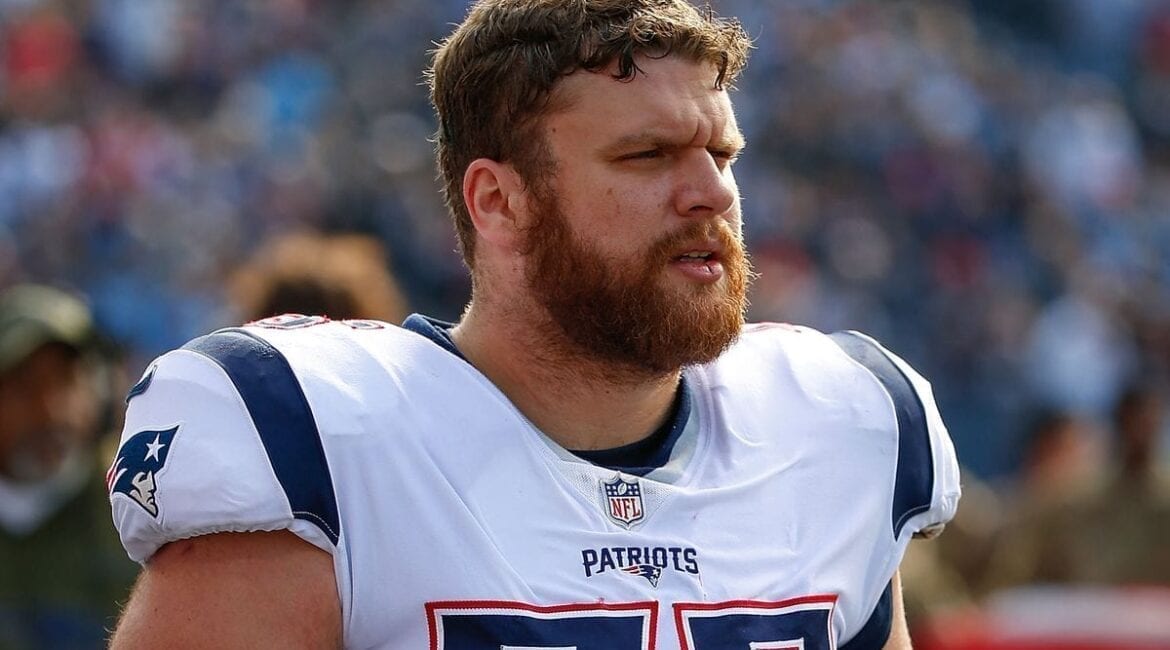 Over his first three years in New England, Karras played in 54 of 57 possible regular season and playoff games, blocking for the placekicking unit and playing a key backup role on the offensive line. He started five games up front, including three at right guard and two at center.

Shortly before the 2019 season, David Andrews (New England’s starting center since 2015) was put on season-ending injured reserve with a pulmonary embolism. Thus, Karras was tossed into the fire as Tom Brady’s Week 1 starting center.

Karras started all 17 regular season and playoff games for New England, ranking ninth among centers with 1,102 snaps played (including playoffs). He was decent in his first season as a full-time starter, earning a 66.5 Pro Football Focus grade that ranked 20th out of 39 qualified starting centers. His 67.4 run-block grade ranked 16th, while his 60.3 pass-block grade ranked 29th.

In pass protection, Karras got off to a shaky start, but finished strongly. Through Week 11, he allowed 14 pressures, tied for 11th-most among centers. His pass-blocking efficiency (per-snap pressure rate with greater weight to sacks) of 98.1 ranked 18th out of 36 qualifiers over that span. From Week 12 through the Wild Card round, Karras was not credited with allowing a single pressure, giving him the longest zero-pressure streak among centers to close the season. He finished 2019 ranked ninth out of 39 qualified centers in pass-blocking efficiency (98.7). However, Tom Brady’s quick release time (average of 2.63 seconds in the pocket, fifth-lowest among qualified quarterbacks) likely made Karras and the Patriots offensive line look at least a little better in this phase.

Karras was one of the hottest centers in the league towards the end of the season. He ranked second in pass-block grade (87.9) and 13th as a run-blocker (70.8) from Week 12 onward, earning the sixth-best overall grade (77.8) out of 35 qualifiers (Jets center Jonotthan Harrison ranked last over that span). From Weeks 1-11, he ranked 24th at the position (61.2 grade).

Karras has done a solid job avoiding penalties. He had just three in 2019, fewer than 21 other centers despite ranking top-10 in snaps played.

While he is not known for his athleticism, Karras started making more and more plays moving laterally late in 2019. On this play against the Titans in the Wild Card game, the nose tackle (#90, DaQuan Jones) is positioned on the play side, putting Karras at a disadvantage. He makes up for it with an excellent hook block, firing off the ball and sealing Jones inside. Sony Michel takes advantage and picks up 11 yards.

Let’s take a look at an example of Karras’ improved pass protection down the stretch. Check out the strength, anchor, and hand placement from Karras on this play as he completely stymies Ed Oliver in a one-on-one battle.

As I discussed when breaking down Connor McGovern, the Jets need to seriously consider making an offer to any somewhat decent center that hits the market. This is a position of dire need for them, and it would be a huge risk to go into draft weekend without having made a meaningful addition.

However, Karras is one of the riskier names out there. Patriots linemen are always somewhat of a gamble. New England has a strong history of developing offensive line talent under elite coach Dante Scarnecchia. Year after year, the Patriots find ways to make things work no matter the level of talent there is to work with up front. It can be a decent risk to expect a Patriots lineman to perform similarly well outside of the fruitful New England environment. Karras also has just one season of starting experience under his belt.

The Jets need to look at every competent offensive lineman available, but Karras is a player they should be wary of splurging on. He is an intriguing option given his light mileage, age, experience in New England, and strong finish to 2019, but is not quite proven enough to break the bank for.

If Karras can be had on a deal that promises little guaranteed money, he would be an excellent piece to couple up with a draft selection in April.