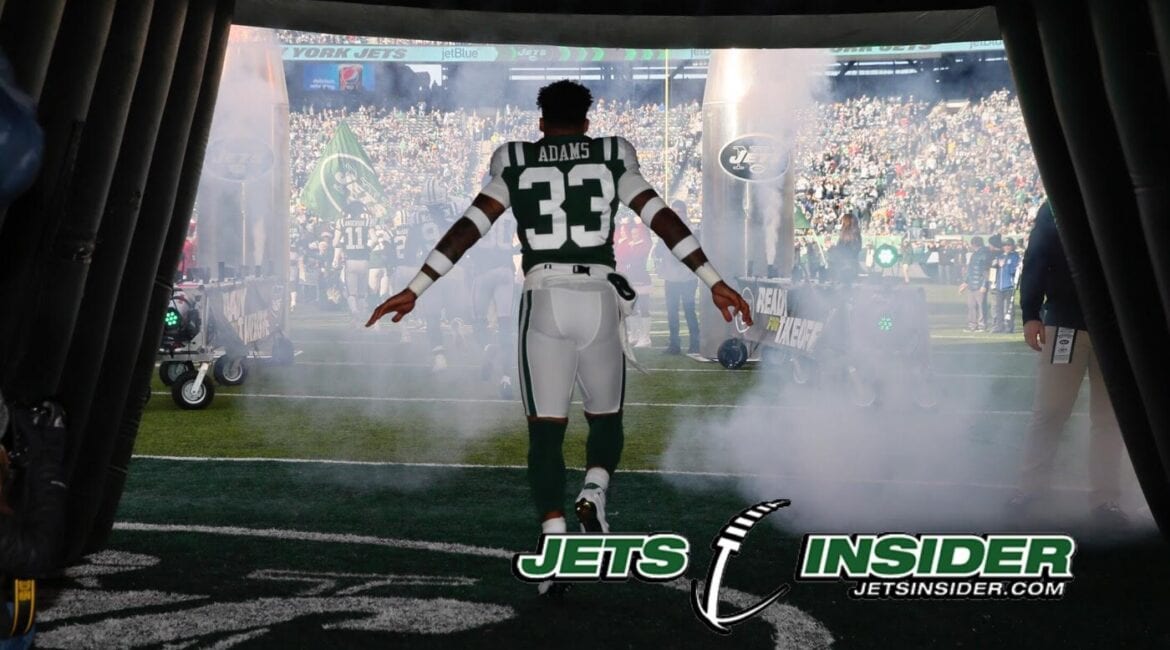 The excitement Jets fans have for this season has been bubbling up to the surface, ready to erupt in cheers for the team in their new shade and accents of Green and White. The stadium should be filled with a raucous crowd full of expectations, but the question remains, can this team actually fulfill those expectations?

Can this team make the playoffs? Can they at least be in playoff contention late in the season? Or will this season be yet another disappointment?

There’s plenty of reason for hope (year two of Sam Darnold, Jamal Adams improving even more, rookies Quinnen Williams and Blake Cashman and of course Le’Veon Bell), but still too many causes for concern (no receiver or cornerback depth and a underwhelming offensive line). One thing is for sure, if the Jets are going to make an honest-to-goodness push at making the playoffs they need to beat the Bills on Sunday.

After the Bills game the Jets have a harrowing stretch of difficult matchups. They host the Browns next Monday night, then go to New England, followed by a trip to Philadelphia, come back home to play the Cowboys just to turn around and play the Patriots for the second time in a month. After that brutal stretch they fly to Florida to play the Jaguars, if the Jets can’t beat the Bills this week the season could be swirling down the drain before they get a chance to play the Dolphins.

Control the Bills defensive front – This Jets team has two main weaknesses in the starting lineup; cornerback and offensive line. Against the Bills, Adam Gase will have to make sure to protect Sam Darnold from the Bills front. Trent Murphy, Jerry Hughes, Star Lotulelei and rookie Ed Oliver will be aggressively attacking Darnold and with linebackers Tremaine Edmunds and Lorenzo Alexander behind them the Jets offensive line has their work cut out for them.

The Jets hope that the additions of Kelechi Osemele and Ryan Kalil will stabilize the line as a whole but until proven otherwise that’s all it is, hope. This unit is not one that fans should feel comfortable protecting Darnold or opening up holes for Le’Veon Bell, luckily for said fans both players have the ability to make plays on their own and cover up for the offensive line’s deficiencies.

Still in order for the Jets to put points on the board and beat the Bills the offensive line will have to control the Bills big bodies up front to allow for the playmakers to do their thing.

Beware of aggressive secondary – Lest you think the Jets only need to worry about the Bills front. The Bills also have an excellent secondary filled with playmakers. Tre’Davious White is one of the best cornerbacks in the league and will make Darnold pay if he gets reckless with his passes. Micah Hyde and Jordan Poyer make for a good tandem to hold down the backend of the defense. Darnold should be much improved this season, but he still has a bit of that gunslinger mentality in him, most of the time it will work in his favor as he makes plays many other quarterbacks simply can not, but against a secondary like the Bills it could comeback to bite him.

White will likely spend most of the game matched up against Robby Anderson, Anderson should be able to win some routes on speed alone but don’t be surprised if he looks more towards Quincy Enunwa (with Levi Wallace covering him) and Jamison Crowder (Taron Johnson will have nickel coverage). If the Bills front can pressure Darnold and force him to throw the ball quicker than planned they have a secondary that can take advantage of any mistakes from the second-year quarterback.

Make Josh Allen uncomfortable – Josh Allen has looked most comfortable when running the ball, that’s where he is the most dangerous. That’s not even an insult to his passing ability, Allen is fast, elusive and powerful as a runner and can carve up a defense with his legs. The Jets defense must hold strong when setting the edge, contain Allen inside the pocket and collapse on him. If they can force him to remain in the pocket they can force him make mistakes (there’s the insult to his passing ability).

Allen has as strong of an arm as we’ve ever seen, if he can sit back comfortably and wait for John Brown to get deep the Jets could get burned by the long ball. However throwing with touch has always been Allen’s weakness. The Bills signed Cole Beasley to be their slot receiver and help the short passing game, but whether or not Allen can hit him consistently remains to be seen.

Gregg Williams will dial up blitzes from unexpected angles, he will rely on this strategy to generate a pass rush since the Jets don’t have an elite pass rusher off the edge, but they must force Allen to his back foot then watch the mistakes pile up.

Kaare Vedvik has plenty of leg talent, that’s why the Ravens signed him despite already having one of the best kickers in the league. It’s why the Vikings traded a fifth-round pick for him just a few weeks ago and it’s why despite his poor preseason showing the Jets showed no hesitation to pick him up on waivers. Vedvik has never kicked in a regular season game before and we saw all the misses he had in the preseason, to say that he is a bit of an unknown would be underselling it.

How will he do on kickoffs? Will he struggle, like other kickers have, on extra points? Can he be trusted to make a pressure-filled kick? There’s no way to know the answers to these questions, but in a close game the answers to those questions could determine the outcome of the game.