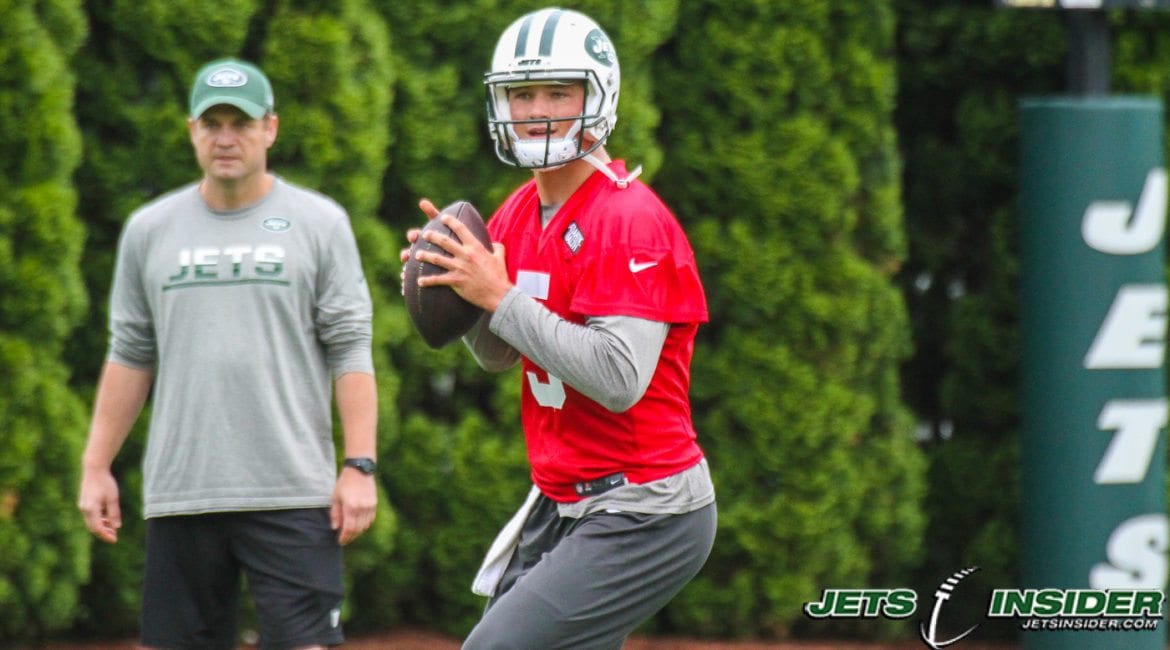 As the mass exodus of thirty-year-old athletes continues for the New York Jets, there is little to look forward to heading into the 2017 campaign. With little to no talent on the offensive side of the ball, whoever the Jets name the starter at QB has one thing on their mind: survive.

In his second year as an NFL Quarterback, and his second different playbook, Cristian Hackenberg continues to look to compete for the starting QB job. During OTA’s yesterday, Hackenberg showed some of the flashes that made him a second-round pick two years ago. On one particular play in red zone drills, Hackenberg threw a beautiful back-shoulder-fade to soon to be ex-Jet, Eric Decker. The throw was so good that John Gruden would have talked about it for hours.

With that great throw, however, the real issues for Hackenberg continue to show.

After that picture perfect throw and catch over Morris Claiborne, Hackenberg went 0-3 on passes and was almost picked off twice.Per nj.com, Hackenberg went  5 of 11, a fumble in team drills, and the beautiful TD strike to Decker.

This inconsistent accuracy and his raw ability to fit throws into tight coverages should remind Jet fans of Mark Sanchez. The fact that Hackenberg is only in his second year and learning a new playbook should calm many Jet fans nerves, however. Speaking to reporters on Tuesday, Hackenberg was positive about his improvement from year one to year two:

“Just being able to go through it, it’s been really good. I feel a lot better going in there, having a great understanding of what is going on, being able to have time with Josh (McCown) and (Bryce) Petty.”

It is that understanding that Hackenberg talks about that has helped him so far during OTA’s.

In a new system, learning and understanding is key. So far throughout OTA’s Hackenberg has shown signs of growth coupled with mistakes. The Penn State product, however, has only had positive things to say this past week.

“I think I’m just trying to improve every day and continue to develop on the positives and learn from every experience.”

Hackenberg sat out his entire rookie season as the fourth quarterback on the roster. Now he is battling for the #1 QB Spot on a team without a quality offensive line, receiving core, or general plan to win heading into 2017. Normally that would not be a smart move for a team looking for young talent, but with Sam Darnold possibly dominating college football as the #1 QB Prospect, why shouldn’t the Jets force Hackenberg to play to see what they have?