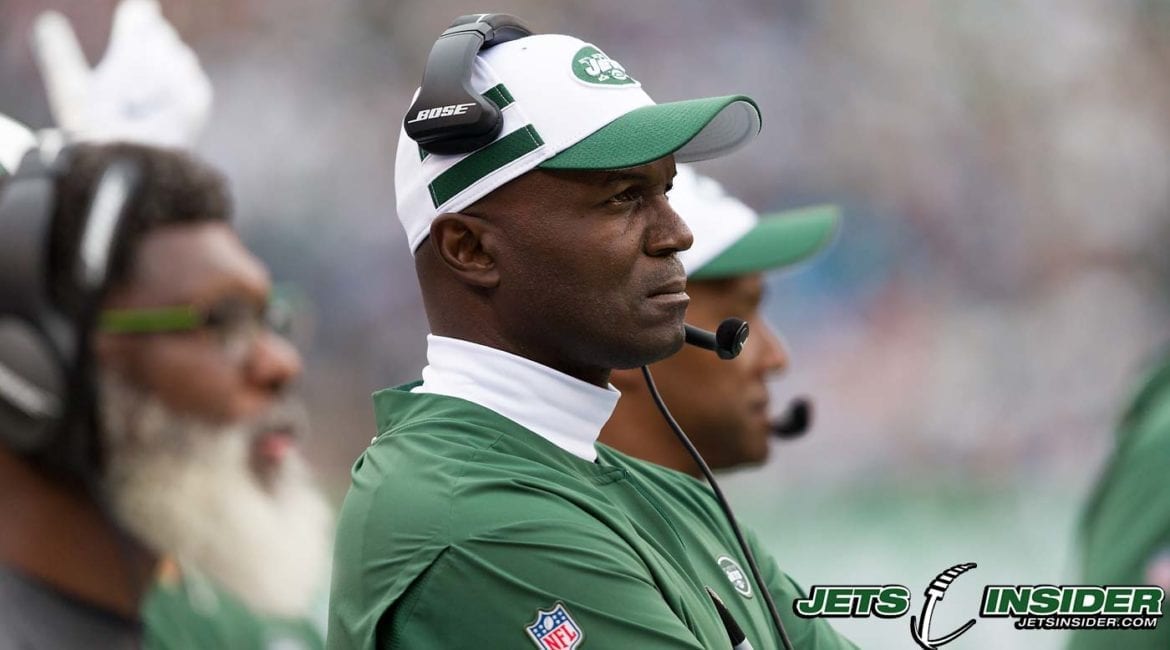 “Yeah, Moe, that team sure did suck last night. They just plain sucked. I’ve seen some teams suck before but they were the suckiest bunch of sucks that ever sucked.” – Homer J. Simpson

Jets fans, when Homer said “I’ve seen some teams suck before but…” you felt that, didn’t you? How could you not? As Jets fans you’ve seen some bad teams, bad teams coached by bad coaches that have played horrifically embarrassing games, but 41-10 to the Buffalo Bills? Not just the Bills, but to Matt Barkley, who was just signed off the streets less than two weeks ago? Matt Barkley?

The difference in yesterday’s game came on the very first play, the Jets were still taxiing on the runway as the Bills launched straight into attack. The Bills went aggressive with a deep shot downfield, Matt Barkley to Robert Foster for 47 yards and the Jets were left stranded without any fuel to takeoff after them. LeSean McCoy capped off the opening drive with a 28 yard touchdown run, two plays, 75 yards and a touchdown is all it took the juggernaut Bills offense to put up the first seven points of the game. Meanwhile the Jets gained one total yard of offense in the entire first quarter.

So much for the theory that Sam Darnold was the problem.

It’s the rookie quarterback holding this team back, they said. It’s not fair to judge Todd Bowles for having to play a rookie, they said. 41-10 home loss to the lowly Bills says this team has far bigger problems than starting a rookie quarterback and yet another embarrassing loss says coaching is at the top of that list. It wasn’t even the offenses fault yesterday, well not only the offenses fault. This wasn’t one of those games where the defense plays great for most of the game but gets tired out and falls apart late because the offense couldn’t get anything going. No, this was both sides of the ball being terrible from the jump.

Matt Barkley, did I mention he was unemployed less than two weeks ago, went 15-25 for 232 yards, two touchdowns on an average of 8.9 yards per attempt (including sacks), which was the most efficient quarterbacking on the season for the Bills, and a QBR of 84.7! Yes, that Matt Barkley.

After back-to-back bury your face in the sand because you’re too ashamed to show your face division losses the time has come. Todd Bowles’ Jets are 0-3 in the division this year and they haven’t even played the Patriots yet! Anyone want to take a guess at what the Jets record is in the AFC East under Bowles? 7-14, a pathetic 33 percent win total in the division and this is where I point out that there’s only one actual good team in said division and that’s the one they haven’t even played yet this year. Even if we say the Jets beat the Bills later this year, two losses to the Patriots would give Bowles a 8-16 record in the AFC East over four years. How can anyone justify keeping him at this point?

The players love Bowles though, they have his back and are sticking by him, you say? So what? The players said the same about Rex Ryan. Players also say a lot of things, very few will come out and publicly call for a coach to be fired. And all that love and respect still has the Jets 7-14 over three and a half season in the division and blown-out at home 41-10 to Matt Barkley.

It seems unlikely that the Jets will actually make a coaching change today, or this week, or at any point during this season and you’ll hear a lot of reasons as to why that is, just realize all those reasons are nonsense. Everyone can see clearly that a change is needed and once you know that the best thing to do is get on with it. Don’t drag it out, don’t let this incompetence fester throughout the organization any longer. Who will take over as acting coach? Who cares? Fire the man who waited until the 15th bad snap to bench the center last week that might have gotten the rookie quarterback hurt. Fire the man who couldn’t prevent his team from being embarrassed by Matt Barkley and the Bills. Fire the man who has had three different offensive coordinators in four season and fire that offensive coordinator who shows absolutely zero creativity in scheming guys open. I have news for you, Jeremey Bates, opposing defenses caught on to your quick screen game weeks ago and you’ve called a play to counter on that fact exactly once then immediately went back to having passes tipped at the line because the defense knows you won’t try to stretch the field.

This atmosphere is toxic, losing is infectious, complacency sets in and takes over. It lingers and grows, worse habits begin to form and it doesn’t matter how great of a guy Bowles is (I happen to think he is a great guy, and a great defensive coordinator, just a bad head coach). The right thing to do by Bowles is to let him go now, fire him now and let him collect his remaining paychecks from home. Why do you want to subject him to further embarrassment and make him play out the string in front of everyone? For what? for who?

Some will say you don’t want to disrupt Darnold’s development by making a change now to which, *insert any confused face gif of your choosing.* You see what’s going on around here, right? You really want to keep this development of Darnold? Nah, that needs disruption. Look at the Browns, they made an in-season change and Baker Mayfield is now looking like he is actually developing. Of course that doesn’t mean a change here would work out as well, but it proves that that old school mentality of not disrupting development is as outdated as most of Bowles coaching strategy is. The development is not going well, in fact it’s going terribly. Disrupt the hell out of that development, disrupt it before it fully begins to take root.

Fire him now so the players don’t have to spend the rest of the season answering questions about their coach. They’re going to continue to defend him, they genuinely like and respect him but that’s not enough. Save them from themselves, they can’t do it, so do it for them because it needs to be done and it needs to be done now.

Have Karl Dorrell take over the offense, Dennard Wilson take over the defense and let Brant Boyer handle the media as the acting head coach for the rest of the season. The Jets have already begun to gathering information to hire a new coach in the offseason, but they can’t let this situation get any worse. Make the change now, it’ll be better for Bowles, better for the fans and most importantly better for Darnold.

Every argument you can think of for letting Bowles finish out the season can be flipped to more accurately explain that, in fact, that’s the exact reason who you make the move now and everyone of those reasons is about not further stunting the growth of Sam Darnold.