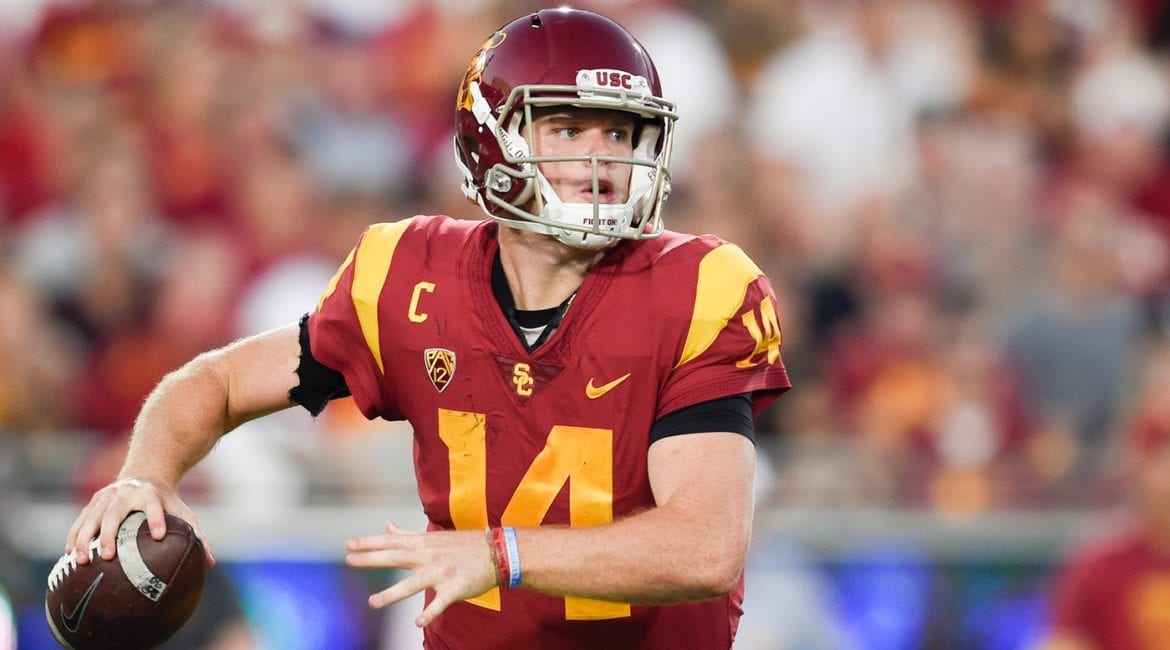 DALLAS, TX – The Jets have their new quarterback and for the third time in Mike Maccagnan’s fourth draft the number one player of his board fell into his lap. Sure, this time Maccagnan needed to trade up for it to happen, but throughout the process the large majority of people had Sam Darnold going to the Browns with the first pick in the draft. Instead Darnold slipped to three and becomes the new face of the New York Jets franchise.

Darnold is only 20-years-old and only played two seasons at USC but he has all types of potential and plenty of room and time to grow into an elite quarterback. He is ultra competitive, has a more than strong enough arm to make all the throws, can run a pro-style offense and read defenses and excels outside of the pocket. He won’t break-off 50 plus yard runs but he can scramble for first-downs, is tough enough to withstand being hit by NFL defenders and is excellent throwing the ball on the move. He, like every draft prospect, certainly has his flaws; he has a long, funky delivery and had far too many turnovers last season (22 total, nine fumbles and 13 interceptions) but he doesn’t let the turnovers discourage him and will stay aggressive and bounce right back after a turnover.

“I like his competitiveness,” Todd Bowles said. “Obviously all the quarterbacks can compete but the biggest thing that you really don’t see is that he has an inner desire and drive that brings out the competitiveness in the other players and once you get to know Sam – and we spent some time around him – everything, his personality really came out. And along with that drive and obviously his accuracy, we really like that about him.”

Darnold will now be able to lean on offensive coordinator Jeremy Bates and his teammate and fellow quarterback Josh McCown, to learn from them and absorb everything they have to offer and put his talent on display for the NFL world to see. At only 20-years-old the Jets won’t rush throwing him into the fire, if he shows out in training camp and preseason and flat-out wins the starting job then he has the chance to make that his job for the next decade plus, but if Todd Bowles decides to let him sit and watch to start the season that’s okay as well. Either way you can expect him to start at some point this season (unless Teddy Bridgewater is 100 percent healthy and absolutely lights it up).

“We’re probably going to get him in, once we get him in and he starts (learning) the playbook, there’s no timetable, we have to see how fast he learns and how fast he can grasp everything and then get some experience,” Bowles said. “We’re not going to throw him in their but at the same time we’re not going to hold him back either. I think we have a good room with the quarterback situation so once we get him in and he starts with the playbook and gets used to the system we’ll go from there.”

Darnold won’t find himself in the headlines for any non-football reasons, he’s not outspoken nor does he has a boisterous attitude but he’s a hard worker with a steady focus and leadership ability to match his athletic ability. The Jets once again have their quarterback of the future, fans just have to keep their fingers crossed that future lasts more than a year or two this time.