Jamal Adams is ready to lead 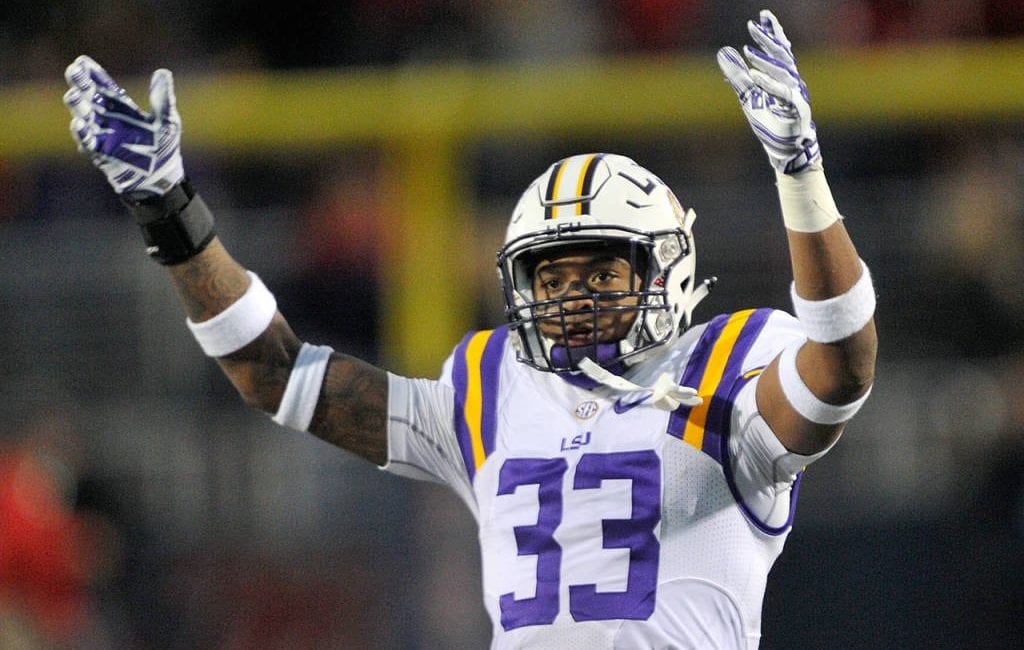 Florham Park, NJ – The Jets drafted a talented safety with the sixth overall pick in the draft and as much as they drafted him for his football ability, they also drafted him because of his ability to lead. Jamal Adams is described by those that know him as a natural-born leader and when asked if he was ready to step in and be a vocal leader immediately the draft pick didn’t hesitate.

“Yeah, most definitely,” Adams said. “I definitely feel like I’m going to do my best being vocal and leading bystanders example and just doing the right things. That is all I can do.”

A big part of the reason the Jets drafted him was so that he could be a leader on the defense, take control of the secondary and they believe they can count on him to embrace the responsibility of helping shape this defense into the fiery yet disciplined unit that Todd Bowles envisions. With the Jets defense currently in need of repairs Adams says he’s ready to take that responsibility on his shoulders while showing his coaches and teammates that he’s ready to pay his dues.

“It’s definitely a big responsibility and I have to go in and work hard and continue to do what I do best and that’s play ball,” Adams said. “But, I’m going to first go in and earn the respect of my coaching staff, and let the chips unfold from there. I’m just going to do whatever I can to help the team win.”

Adams was expected to be off the board before the Jets ever got a chance to take him, everyone was surprised he was still available at six especially him.

“If I sat here and told you I was not surprised, I would be lying,” Adams said. “I was definitely surprised that I slipped but at the same time everything happens for a reason. God has a plan and I just have to trust the process.”

That plan lands Adams near where he grew up and playing in the same state as his father, George Adams. For some players the New York market is too much to handle, for Adams it’s home.

“I’m a city guy. My mom is from Yonkers, New York, my sister is from Jersey and my pops played at the Giants,” Adams said. “I think I have the right people surrounding me to help me get through my new life in the big apple, so I’m excited.”

For those reasons when Maccagnan made the phone call to draft him Maccagnan simply said to Adams, “You ready to come home?”

He’s home now and that home is covered in green.