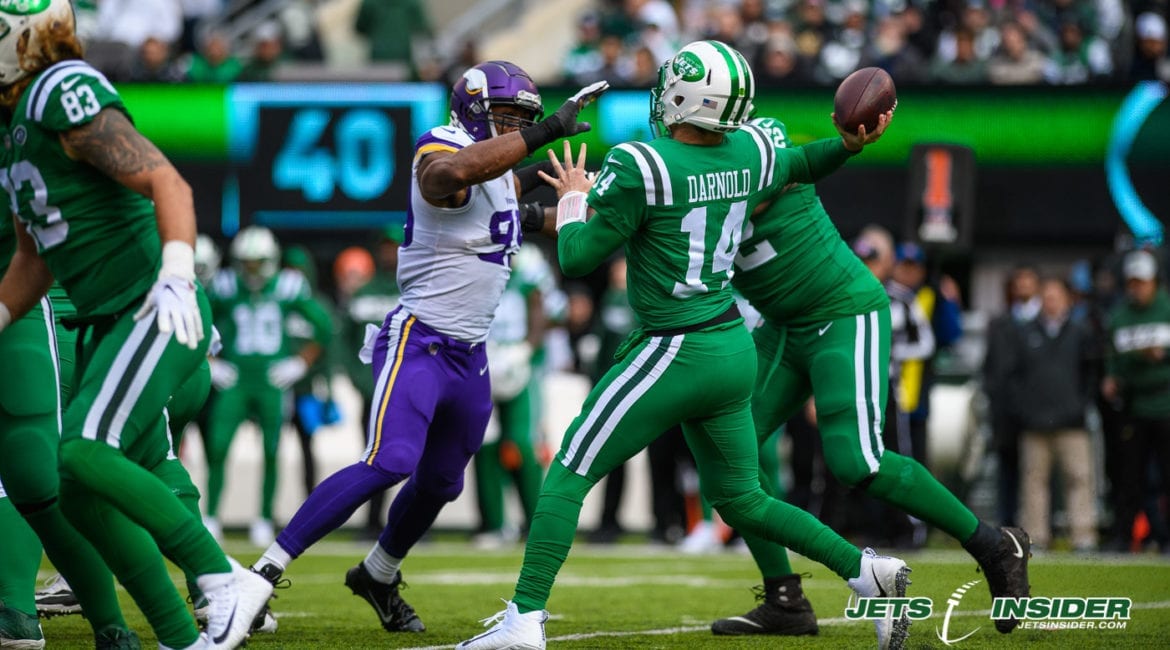 The Jets stand 3-8 on the season with a what looks to be, a meaningless game against Tennessee this week in Nashville. Their lethargic offense will hope to get back on track after five straight games of less than 20 points, all resulting in a loss.

Everything usually starts and ends with coaching, which applies to here as well. Offensive coordinator Jeremy Bates has been one of the main reasons for the lack of success everywhere on offense. Yes, the players themselves are the ones playing but the ability to find space is a direct result of being outcoached.

To put things into perspective on how bad the offense has been, here’s this: Through 11 games, Jermaine Kearse leads the team in targets (65), but is fourth on the team in receiving yards (297). No Jets runningback has hit 600 yards, while no Jets wideout has amassed 420 yards. The wide receiving core has just seven touchdowns this season, two of them from Terrelle Pryor, who isn’t on the team anymore.

It would be doing the Jets injustice to say they have the most explosive offensive core in the league, but the pieces that should be used, aren’t. During last week’s 27-13 loss to the Patriots, Bates called 45 passing plays, while the Jets ran the ball just 15 times. The game was only out of hand until the final minutes, where the Patriots went up by two scores, so why the lack of balance?

It’s puzzling to say the least. Following the game Jermaine Kearse was asked multiple times about the play calling, to which he had very little to say and at times could not even come up with an answer.

Some fans thought the regression of Robby Anderson was a result from rookie quarterback Sam Darnold and his lack of NFL experience, especially throwing the deep ball. While Darnold sat the past two games, nothing changed. Anderson proceeded to catch just six balls for 54 yards while Josh McCown filled in.

In the offseason, Anderson worked on running routes across the middle and was even poised for a breakout year but simply hasn’t been given the opportunity to utilize his skillset. Of all the players in the NFL, Anderson’s deep threat ability is well documented. He has just four catches of over 20 yards all season. That’s the textbook definition of wasting talent.

The NFL culture has changed, and the smart coaches recognize play calling that needs to match the skills of the players on the field. Take the Philadelphia Eagles, who implemented run-pass options for Nick Foles down the stretch last season, something that clearly catered towards his style of play. Even in Los Angeles, Head Coach Sean McVay constantly moves pieces around prior to the snap, leaving defenders confused and more holes for faster, more skilled position players.

Somehow through 11 games there still have been zero adjustments, a lack of creativity, and a lack of responsibility. Week in and week out Bates has stood on the podium and said that its on him, and that they need to continue to work at it, but nothing changes.

Players will continue to perform below their skill level if they are put in positions that hinder their abilities. To say that Jeremy Bates should be the first one out the door come this offseason is far from an overreaction.