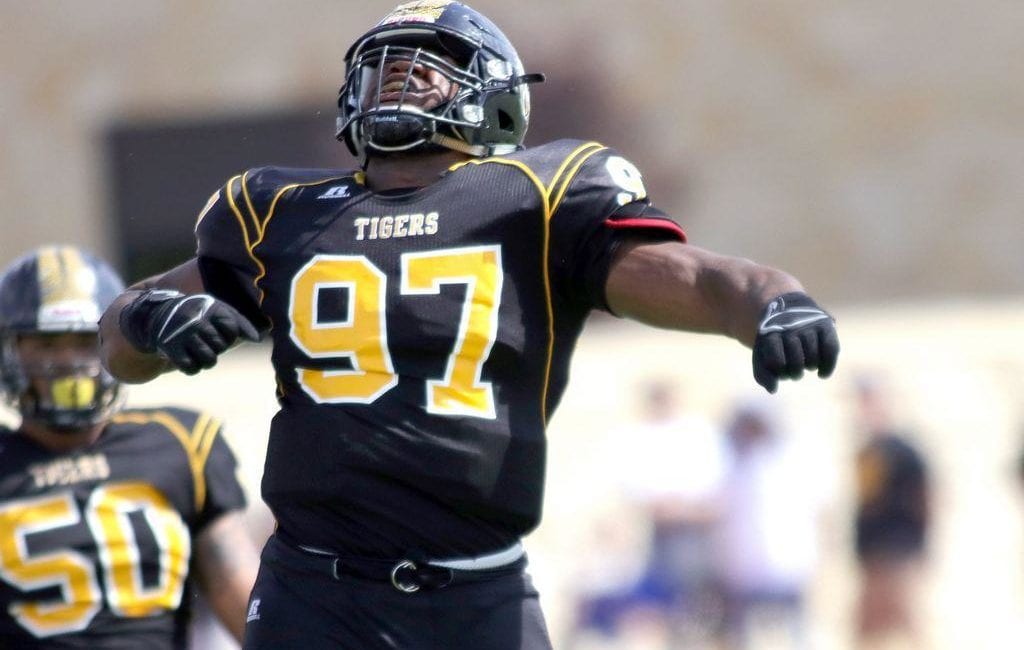 “I would say simply, he may be slightly older than your average prospect but if you go back in the history of the NFL you’ll see guys out of BYU and those things,” Mike Maccagnan said. “He has a bit of a different story than most guys, but he is we felt a very talented guy with a lot of upside. We still think he has a lot of good football left in him, I don’t necessarily think he is an older player. It’s not like he’s 28 or 29-years-old, he’s still going to be a fairly young guy and we think he has a lot of not only potential to develop but we don’t feel that he’s very far off from fulfilling that potential.”

I’m not going to sit here and pretend I’ve watched a lot, or any, Fort Hays State games (I didn’t even know what state that was in before I googled it, it’s in Kansas!) so I have no idea how to judge this pick except for to say that we will just have to wait and see. The Jets clearly had a need on the defensive line and the people who did actually watch Fort Hays State are saying he has a lot of potential but is raw and will need to be developed.

“Shepard is raw, but he could well worth a team’s time as a day two selection thanks to his NFL-caliber traits and his flashes as a pass rusher,” Lance Zierlein of NFL.com said. “Shepard lined up inside in college, but may be better suited as a 4i or five-technique in a 3-4 front. While he won’t be ready early on, he has the ability to become a productive starter and his practices at the Senior Bowl showed that he could handle the step up in competition.”

Shepard reportedly had a great week of practice at the Senior Bowl before he broke his hand and miss the game. While he played mostly inside in college he, he will be a defensive end in a 3-4 defense.