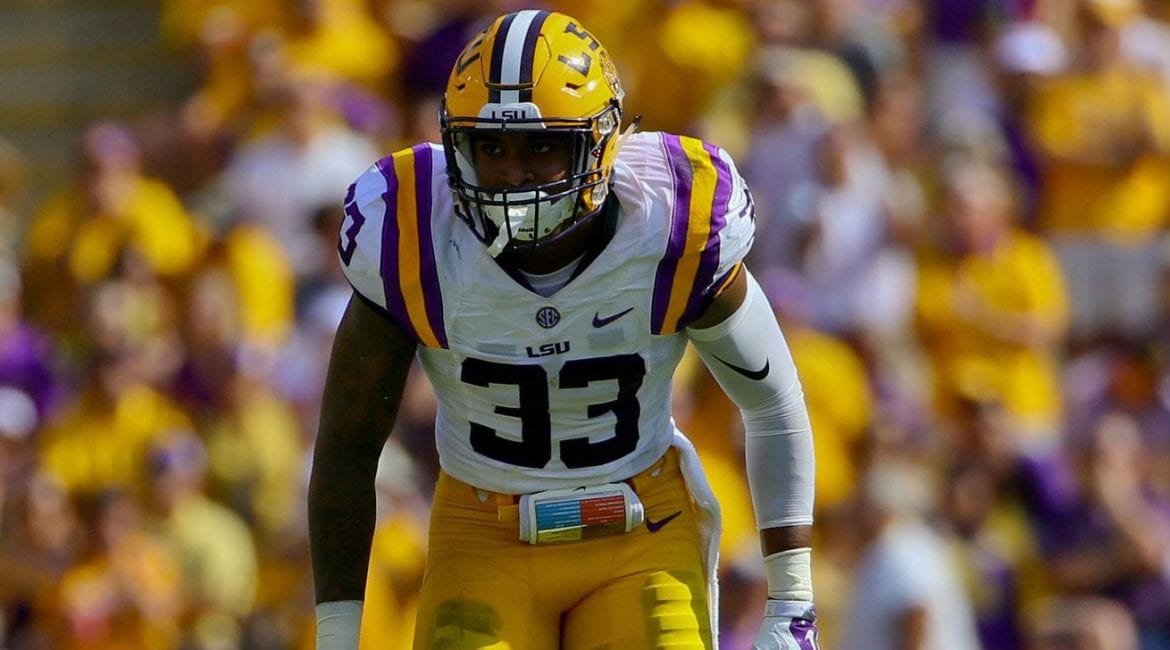 Like with Leonard Williams the Jets benefitted from some surprising moves ahead of them and were able to scoop up the best player available who they most likely didn’t expect to still be onboard at six.

With that sixth pick the Jets drafted LSU safety Jamal Adams. Most people assumed Adams would be off the board, but with the Bears picking Mitch Trubisky and the Titans taking Corey Davis that left the complete, all-around stud safety with a reputation as a tremendous leader there for Mike Maccagnan to scoop up.

The 6′ 0″ 214-pound safety can play strong in the box against the run, cover opposing tight ends/slot receivers and play coverage deep. Adams isn’t a physical freak athlete but has outstanding instincts and will be able to step in and lead the defense at an early stage. Multiple times Maccagnan and Todd Bowles referred to him as an “alpha dog” and as they gushed about his leadership ability Maccagnan said, “we look at intangibles almost as much as ability.”

When asked about how Adams would fit in Bowles’ defense, strong safety or free safety, Bowles reminded reporters, once again, that there really is no such thing in his defense. In his system safeties are interchangeable and for the record everyone is comfortable with his ability to cover deep.

Maccagnan said they ran numerous mock-projections and in every one of them they had Adams off the board by the time they got to their pick, he even joked about how when Adams came to visit a staff member joked with Adams saying “I don’t even know why you’re here, you’ll be gone by our pick.” But once they saw the Bears make the move for Trubisky they began to think they had a shot at grabbing one of the best players in the draft.

“For the most part, I’d say he’s a very good, well-rounded player,” Maccagnan said. Which sounds like something you’d say about an extremely safe pick and the reason for that is because he is. But for a coach and a GM that need to kick start a drastic rebuild, an incredibly safe pick and well-respected leader is a smart move as they look to change the tone both on the field and in the locker room.

“He checked all of the boxes for us,” Bowles said.