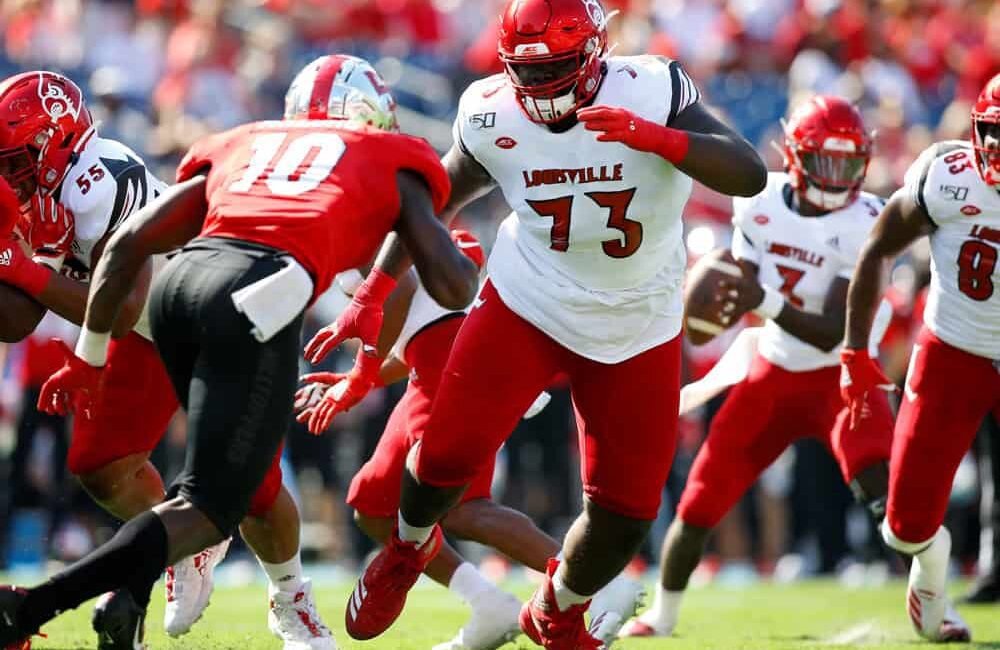 After all the talking and waiting, the New York Jets stayed put and took an absolute giant of a man with freakish athletic ability. They desperately needed to add an offensive tackle to anchor the offensive line and that’s exactly what they did by selecting Mekhi Becton from Louisville.

At 6’7″, 363 lbs. with 35 5/8″ arms Becton ran a 5.1 40-yard dash which just simply shouldn’t be allowed according to the laws of our universe. Becton has plenty that he needs to clean up to excel in the NFL but his ceiling is in another universe.

“When he ran that 5.1 40 at the combine, that was certainly eye-opening,” Joe Douglas said, adding, “A man that size isn’t supposed to be as nimble as he is.”

With Becton’s insane frame, length and athleticism he should have no problem sliding in as Sam Darnold’s new bodyguard to shore up the offensive line. The Jets strength and conditioning coaches and nutritional experts will have to work together to identify his ideal playing weight and develop a plan to keep him at that weight. Becton said he currently weighs 363 lbs. and plans to play between 350 and 355 lbs. He will also have to learn how to maximize his length to create leverage, clean up his hands that have a tendency to drift too high. In general he needs to smooth out some of his techniques on the next level, work on staying balanced and not opening up too much coming out of his sets. But that’s all minor compared to the potential that he has.

With his incomprehensible size and athleticism he also carries tremendous power and it shows in his play. He is also a perfect fit for the outside zone blocking scheme the Jets employ. He has exceptionally smooth feet and his size and length can make up for what he lacks in technique to start.

“I think my demeanor is real nasty, honestly.” Becton said. “I like to see the man on the ground.”

Becton might have the lowest floor of the the top four offensive tackles in this draft but he shouldn’t be classified as a project. He’s got enough positive traits and ability to shun that label there is, however, plenty of work for him to do to fulfill his other-worldly potential.