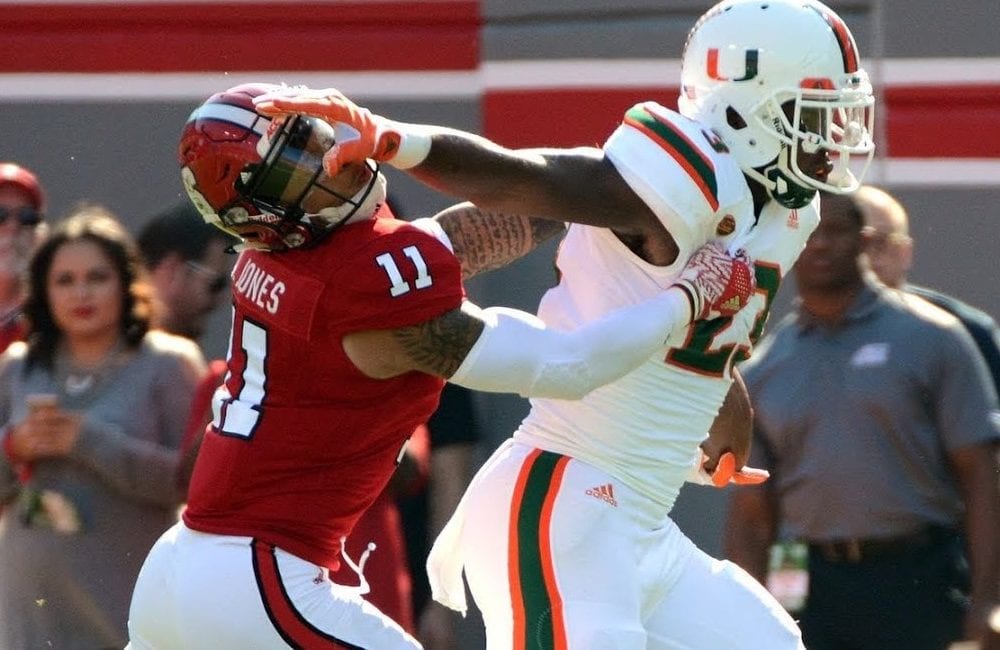 DALLAS – With the departure of Austin Seferian Jenkins this off-season, adding depth at the tight end position was a priority. The Jets addressed the need by drafting Miami TE Chris Herndon with the 107th pick in the 4th round.

Herndon, at 6’4″ 253 Lbs is a big target with excellent hands. He suffered a season ending MCL injury last season that required surgery but is expected to be ready for training camp. If he had not had the injury he likely would have been a much higher pick.

Last year, Herndon had 40 catches for 477 yards and 4 TD’s despite missing the last two games of the season. The Jets will try to get him involved in the offense as soon as possible.


Afc East From The Eyes Of The Oddsmakers,Anonymous Source The 54Th Man,Captain Sanchez,Tight End Konrad Reuland Put On Ir,Meet The Late Round Picks,Three Observations Ashtyn Davis Bells Ridiculous Catch And More Injuries,Thursday Camp Report Buckets Of Rain,Randy Moss To Be Traded To Vikings,Thoughts At Halftime,Positive Remarks