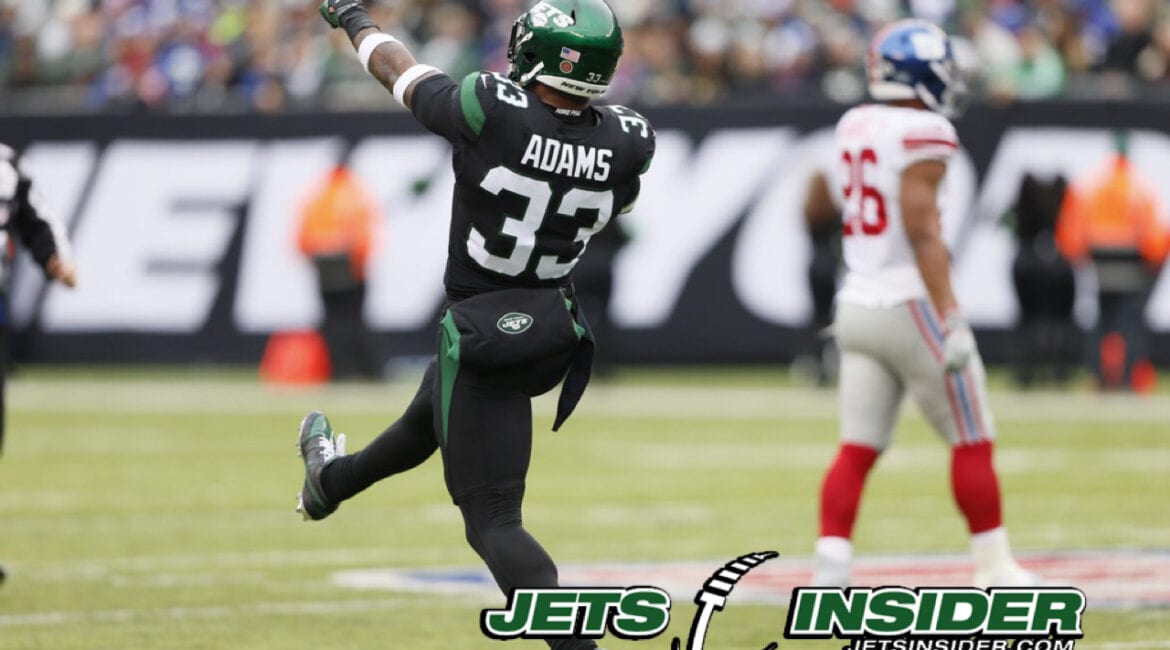 East Rutherford, NJ – A battle between two teams at the bottom of the NFL standings turned into a surprisingly entertaining came. Maybe as surprising is the fact that the Jets were able to hold on to their lead and win their second game of the season.

After two straight touchdown drives to open the game the Jets took what appeared to be a commanding 14-0 lead. But we’ve seen that movie before and it quickly looked like we were heading to another repeat after the Giants closed the lead to 14-13. The Giants even took a 27-21 lead on a Golden Tate touchdown with 5:21 left in the third quarter, but the Jets defense finally clamped down and wouldn’t allow the Giants to score another point.

Sam Darnold put the past few weeks behind him and played a great game. He still had no running game to lean on, was facing constant pressure and managed to finish the game completing 19 of 30 passes for 230 yards and a touchdown. Certainly not earth-shattering numbers, but the most important number was the zero he put up in the turnover column. Darnold was forced into bad spots, situations where he tried to force some things that resulted in disaster the past few weeks, but this week he was able to remained calm and throw the ball away or run for some extra yards. There were also the standard positive plays that were wiped off the board because of penalties, but overall, even when factoring in the competition, Darnold turned in an impressive performance.

On the defensive side of the ball it was all about Jamal Adams. It was obviously a total team effort for the defense to hold Saquon Barkley to a total of one whole yard on 13 carries, but Adams stole the show. Adams finished the game with nine total tackles, two sacks, a pass deflection, two forced fumble and one of them for a touchdown. Adams had a Troy Polamalu moment on a third-and-short run stop, then later added a Jamal Adams moment as he blitzed, got to Daniel Jones, stripped him of the ball and returned it for a touchdown all on his own. It was a truly spectacular play in a truly spectacular game.

“The first sack he got, I was really happy for him, and I was like, ‘I can’t believe you just did that,” Jordan Jenkins said. “Because I was coming in to finish and take half the sack. He scooped the ball out and I said, ‘Man, I can’t believe that. Second time, same thing happened again. I said, ‘Man, why ain’t nobody blocking this dude? He’s coming down for a reason. Block him. Don’t slide protection to us.’

“He may talk a lot, but if he keeps doing that, I can deal with it.”