JetsInsider.com > News > Blogs > Jets have to deal with different beast at RB in Week 2 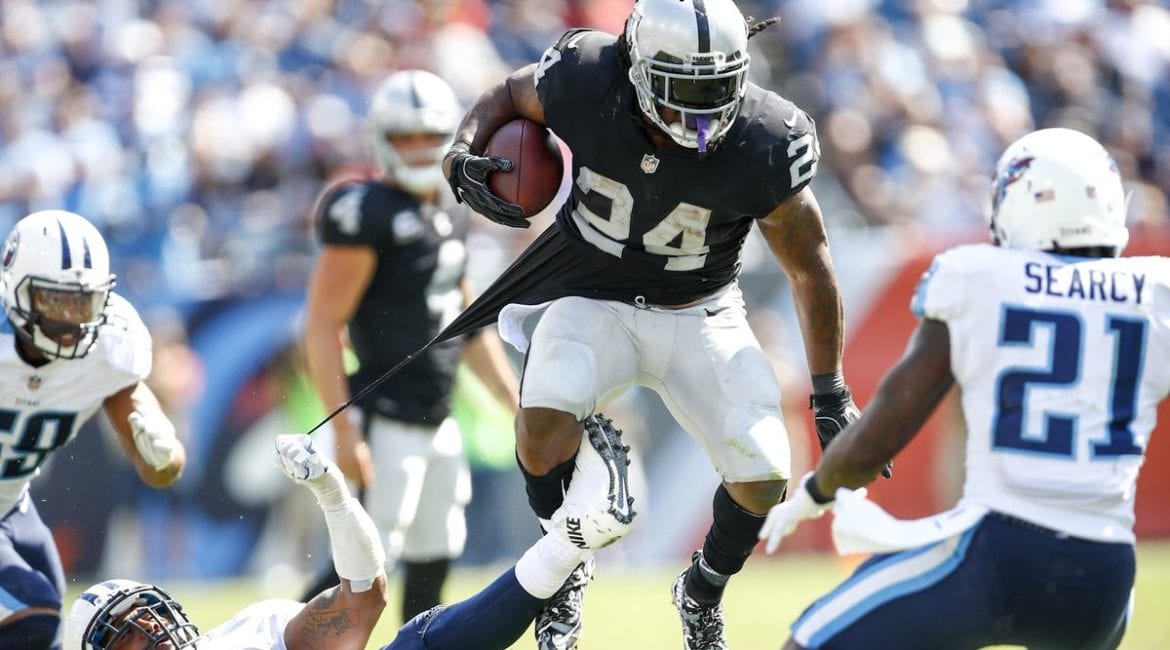 When it comes to preparing for game day, almost every team tends to focus on one key player on the opponent’s sideline and tries to neutralize him from making an impact on Sunday. The difficult part is once the job is done, coaches and players have to gear up for the next week to prepare for a team that might have a completely different animal at the position they had to deal with the week prior. The New York Jets have that issue this week when they take on Marshawn Lynch and the Oakland Raiders.

Last week, the New York Jets had to find a way to silence one of the more elusive backs in NFL History in LeSean McCoy. In many cases, the only way to stop McCoy is to contain him and keep him in between the tackles. Players must focus on wrapping up before going into the tackle and must keep their heads up at all times. The Jets did not do so in their game against Buffalo as the man called “Shady” rushed for 110 yards on 22 carries. A five-yard-per-carry pop.  The elusiveness was hard to stop for New York’s front seven but they have to deal with a far different beast this week.

Since 2011, there has not been a running back with more touchdowns than Marshawn Lynch. Remarkably, from 2011-2014, Lynch had scored 48 TD’s and had 14 more than the second place runner in Adrian Peterson. Lynch’s style as a runner is well known. A power runner the likes of which is almost unheard of in today’s NFL of quickness and elusiveness, Lynch runs like the RB’s of old, trying to barrel through anyone in his way. With his “beast mode” running style, Lynch has forced an unbelievable 251 missed tackles since 2013 which leads all NFL rushers. Lynch also has been a monster in fighting for extra yards after contact. Lynch has averaged over 2.6 yards per-carry after

With his “beast mode” running style, Lynch has forced an unbelievable 251 missed tackles since 2013 which leads all NFL rushers. Lynch also has been a monster in fighting for extra yards after contact. Lynch has averaged over 2.6 yards per-carry after first contact, first among NFL runners since 2013. The makeup of Marshawn Lynch seems to be a hybrid of Earl Campbell and Steve Van Buren, two runners in the 50’s and 70’s with overwhelming power and surprising speed. It’s a build up that even Head Coach Todd Bowles understands.

“He (Lynch) has looked better than ever. He actually looks quicker laterally. He looked good when he left. He always looked good as a runner”

The game plan for Lynch is a simple one. Even if Bowles believes the method to stopping him is similar to his week one opponent.

“There isn’t much of a change schematically. You just have to be gap conscious in your gaps so far as running a defense. A great back is a great back. Marshawn is great in a different way and you have LeSean who is a great back in his own way, so you have to prepare for them all the same way. They’re all great and they are going to be tough every week.”

It is never an easy thing in terms of game planning against a force that is so different from the one you just dealt with. The Jets have to do so this week against the power of Marshawn Lynch. If last week is any indication of how the Jets will do, Gang Green is in for a long Sunday.