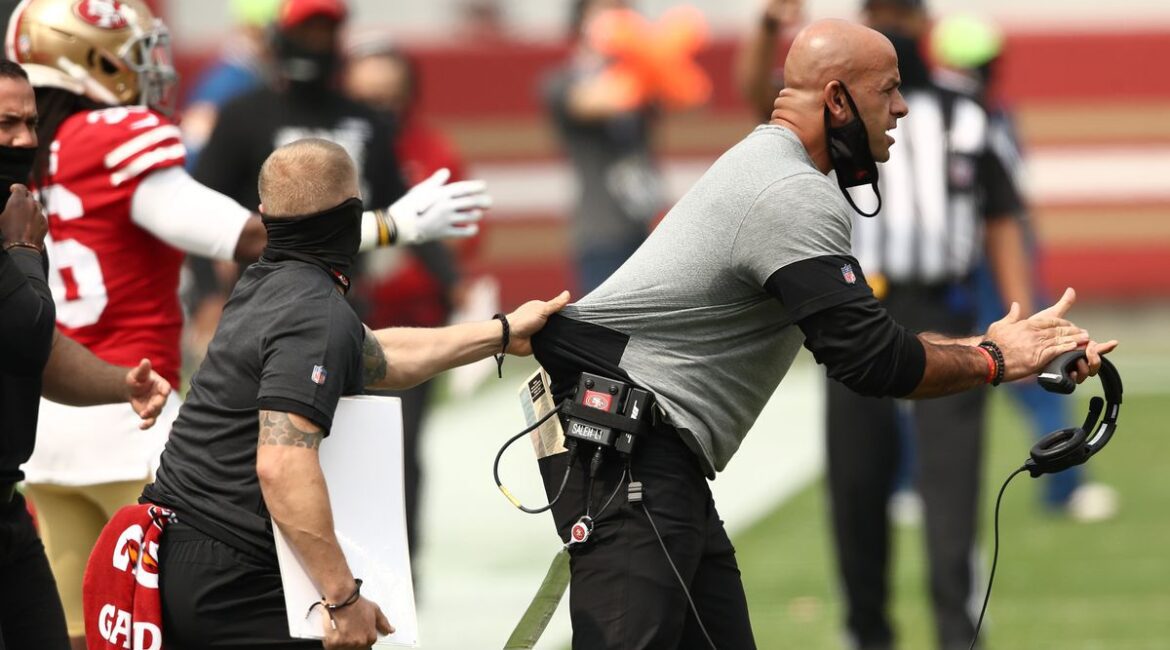 After a season full of losses, hell after a decade full of losses, the Jets just got their biggest win of the past 10 years plus. For the team with the longest playoff drought in the league, hiring Robert Saleh is as big a win as fans could hope for.

Joe Douglas promised fans he would cast a wide-net and find who he thinks is the best man to lead the Jets back to competence. The goal will obviously be to fly past competent all the way to respectable, competitive then feared. But after the past few years, a return to competence is step one. Douglas interviewed nine candidates, but it’s the one he settled on that matters.

So much for the Jets not being able to land a top candidate, in fact that landed the top candidate. Douglas preached that he was looking for a true leader, a CEO type that can instill the necessary “culture” to turn this franchise around. And that guy is Robert Saleh. Coaching, and GM, searches present the most unknowns when trying to judge hires, but Saleh comes with the least amount of questions. He will bring his defensive system with him, as well as his adaptability as a coach, but it’s his energy and charisma that will make him an effective leader of the entire team. The only real question with Saleh is, will it work?

Saleh’s players in San Francisco absolutely adore the man and there’s no reason to think these Jets players won’t love him just the same. You’ll hear a lot about how Sahel is the anti-Gase, but he really, truly is. Adam Gase had plenty of faults as a coach, but none bigger than his lack of ability to communicate and connect with most of his players. Saleh is an excellent communicator and again, we’ll repeat, his players love him.

Of course there’s more to being a coach then having your players like you, but Saleh isn’t lacking in those other areas either. Saleh, 41-years-old, was a four-year starter at tight end at Northern Michigan University before taking his first coaching job as a defensive assistant at Michigan State in 2002. After two years there he became a defensive assistant at Central Michigan then Georgia before making the leap to defensive intern in the NFL with the Houston Texans in 2005. The next year Saleh was promoted to defensive quality control coach for three seasons before again getting promoted to assistant linebackers coach for the 2009-2010 seasons. But it was his time in Seattle, 2011-2013, as the Seahawks quality control coach that really shaped him as a coach. Saleh learned under Pete Carroll then followed Gus Bradley to Jacksonville before taking the 49ers defensive coordinator job in 2017.

Saleh and his dominate defense were a huge part of the reason why the 49ers were one bad Jimmy Garoppolo pass away from winning the Super Bowl last season. This season wasn’t nearly as successful for Saleh or the 49ers but considering all the injuries they had, along with the COVID-issues, Saleh probably did an even more impressive job keeping this team competitive for the year. Saleh is flexible in his system and will make the necessary adjustments in-game or between games and while he is a defensive coach he will look to make sure the offense operates in a similar fashion.

Speaking of the offensive side of the ball, Saleh will be bringing a respected Shanahan-protege with him. Mike LeFleur, 49ers passing-game coordinator and brother of Packers Head Coach, Matt LeFleur, who was the best-man at Saleh’s wedding, will be the new offensive coordinator for the Jets. The Shanahan system is extremely quarterback-friendly, it’s an easy system to operate with all types of built-in ways to scheme guys open. A strong running game, lots of play-action and motion, simple reads and receivers running open.

We will have an article up later about what this means for Sam Darnold and the Jets second overall pick, but right now, despite any noise you’re hearing, it means nothing. You’ll hear some about how this system is perfect for Darnold, but the reality is this system is perfect for almost any quarterback. It is indeed the exact system that Darnold needs, but it’s a system that Justin Fields could easily run, a system that could absolutely get the most out of Zach Wilson and it’s a system Trey Lance was made for.

Douglas has four years left on his contract, Saleh signed a five-year deal, so the question will be, do they want to risk wasting the next two years by hoping to fix a broken Sam Darnold? Or do they start from scratch with one of the rookies?

There will be plenty of time to discuss that decision, for now fans should be happy that they have a true leader as their coach. Motivational, inspirational, intense, lovable and adaptable. Saleh has all the ingredients, he checks all the boxes (including his OC), all that’s left to wonder is, will it work?