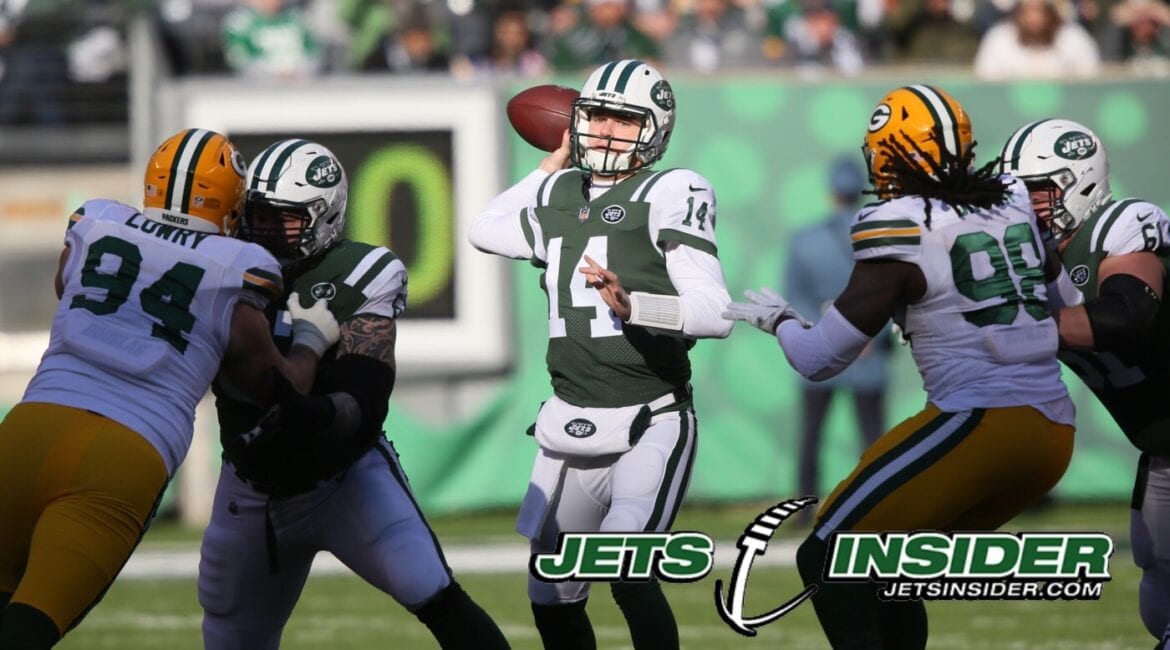 The Jets lose a wild one in overtime 44-38 after a 16-yard dime pass from Aaron Rodgers right into the breadbox of Davante Adams sealed the deal. To get their first road win of the season, the Packers needed a lot of help from the Jets defenders, and they got it- the Jets had 16 penalties for 172 yard, the most penalty yards in franchise history.

After the game, Todd Bowles was frustrated with the refereeing, to say the least.

“I hadn’t seen a game like that in 18-19 years in the league,” said Bowles. “I thought we were playing two teams, the Packers and the stripes.”

Bowles would go on to say that he knew he would be fined. “That’s just how bad it was,” explained Bowles. He was too frustrated to answer questions about individual players, instead simply saying that they all played well.

And they did play well. The Jets came into Sunday as favorites, a shocker to anyone who knows the Jets organization or Aaron Rodgers. Sam Darnold looks like a new quarterback since returning from his foot injury, and he matched Aaron Rodgers through three quarters today. Darnold earned a lot of praise today.

“Sam is playing at a really high level,” said Jermaine Kearse. “He’s going to be a star. He comes in day in and day out and just grinds.”

Darnold’s playstyle is starting to resemble Rodgers’ too; he’s getting more comfortable extending the play with his legs while directing a receiver where to run and did not throw an interception for the second straight week. A marked improvement from the 15 he’s thrown this season.

But Rodgers ultimately got the best of Darnold, shredding the Jets secondary for 442 yards and two touchdowns. He had another two touchdowns on the ground. The Packers needed every ounce of his discount double-check magic today, and Rodgers delivered.

The Jets were able to open up the passing game a little bit today. The usually quiet Jermaine Kearse caught all four of his targets for 55 yards, including two big third down grabs. He is yet to eclipse the 100-yard mark this year, and after having 19 yards in three weeks he came alive Sunday. Robby Anderson caught nine balls on 13 targets for 140 yards and a touchdown and looks to be developing some real chemistry with Darnold.

Chris Herndon also had, catching six balls for 82 yards. Herndon made an incredible one-handed grab on third down to set the Jets up on the four-yard line, where Elijah McGuire pounded it in two plays later. Herndon later got his own touchdown, waltzing into the end-zone untouched on a five-yard pass from Darnold after Mcguire forced a fumble on a Packers kick-return.

Special teams have been a saving grace for the Jets all season, and with the exception of a missed 45-yard by Jason Myers, who made up for it later with his fourth-career tackle, and of course, a pair of questionable penalties. Andre Roberts had a 99-yard touchdown return and became the first player in Jets history to have a punt return touchdown, a kick return touchdown, and a receiving touchdown all in one season. He had 204 kick-return yards today, including a 27-yard return to set the Jets up at the 39 for the game-tying field goal. Roberts definitely earned his pro-bowl spot.

The pass rush had another big day, getting four sacks and 12 quarterback hits, even after losing Leonard Williams in the second quarter. Williams threw Bryan Bulaga to the ground and punched him, which is an automatic ejection. Williams had just recorded his fourth sack of the season and was having his best game in weeks. The fourth-year man is starting to remind fans of Muhammad Wilkerson, who was also ejected while playing the Packers for a punch in 2014. The former sixth-overall selection could have been big late in the game when the Jets were in need of a stop.

The Jets have blown two straight fourth-quarter leads since their last-minute win against the Bills, and despite playing well at times, sit at 4-11. It’s been a frustrating year for fans, coaches, and players. When asked about what changes need to made, Kelvin Beachum looked up and said: “I wish I had the answer for you.”

The Jets last game of the season will be in Foxboro against the Patriots, who may be fighting for home-field advantage if the Chiefs lose Sunday night against the Seahawks. If not, a Jet win still might spoil their seeding. Kickoff is at 1 p.m. on Sunday, December 30.

Round One Db Options,Rumor Roundup March 4,Jets Release Tim Tebow,Jets Cut Greg Mcelroy,Take It Personal,Defensive Line Coach Sent Packing Too On Black Monday,Randy Moss To Be Traded To Vikings,It Was All Yellow,Jets Sign Rbkr Travaris Cadet Peake To Ir,Jets Positional Battles The Fight For The Back Of The Rb Depth Chart