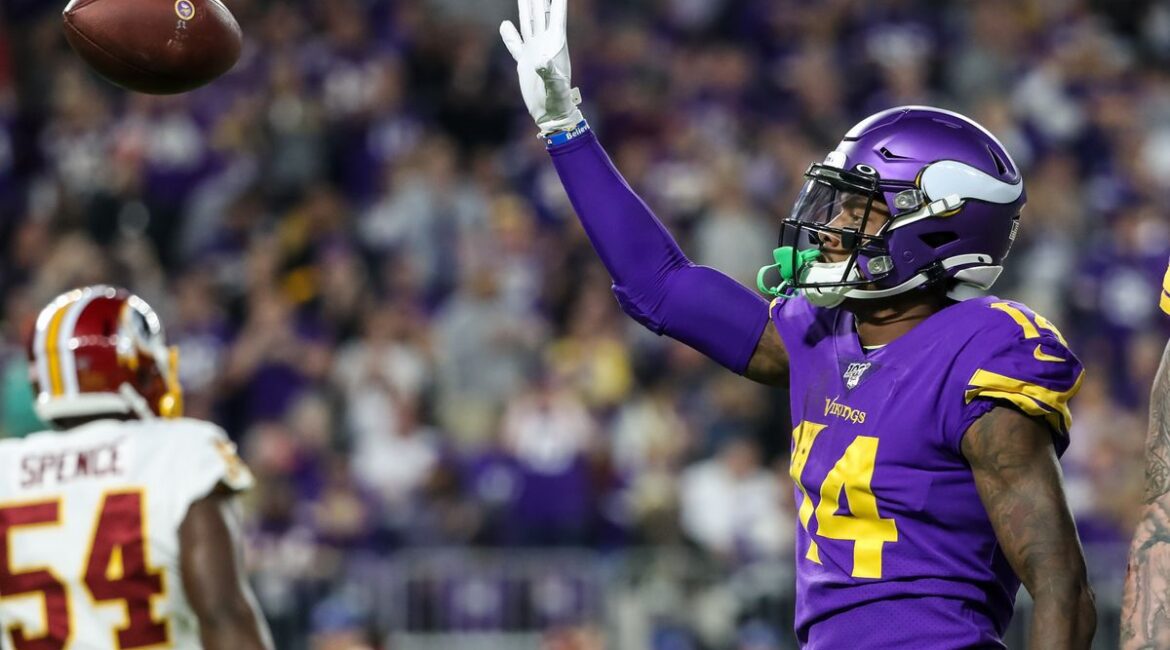 Buffalo’s free agent duo of John Brown and Cole Beasley was solid last season, producing 139 catches for 1,838 yards and 12 touchdowns, but the Bills lacked depth beyond those two. Their third-leading wide receiver in terms of yardage was Isaiah McKenzie with just 254. This lack of depth is the primary reason that I found Buffalo’s wide receiver group to be ranked No. 20 in 2019.

The addition of Stefon Diggs alone makes this Buffalo’s most improved position. Beasley and Brown can slide into much more fitting No. 3 and No. 2 roles, respectively, while Diggs is more than ready to take on the alpha position. Diggs ranked second among qualified wide receivers with an average of 12.0 yards per target in 2019, trailing only A.J. Brown (12.5).

Addison may be about to turn 33 years old in his ninth NFL season, but he has plenty of juice left in the tank. In 2019, Addison ranked 33rd among edge rushers with 48 total pressures, while checking in at the 67th percentile in pass-rush productivity (per-snap pressure rate with greater weight to sacks). The wily veteran should improve a Buffalo pass-rush that ranked 17th in quarterback hits (92) while offsetting the loss of Shaq Lawson to Miami.

However, Phillips was not quite as dominant as his sack total may suggest. With 25 pressures over 319 rushes, Phillips posted a pressure rate of 7.8%, which ranked at the 58th percentile among interior defensive linemen. That’s solid, but certainly not worthy of $10 million per season. Buffalo may go on to feel great about its decision to pass on Phillips at the price Arizona paid.

Whereas Phillips was not quite as productive as his sack total suggested, Lawson was more productive than his raw numbers let on.

Lawson had a ho-hum 6.5 sacks (second on the team to Phillips), but he led the team with 18 quarterback hits. With 38 pressures (seven of those being sacks) on 262 rush opportunities, Lawson was the team’s most efficient pass-rusher on the defensive front, with his pass-rush productivity score (8.6) ranking at the 85th percentile among edge defenders.

Gore started out hot in Buffalo, averaging 14.3 carries for 64.7 yards (4.5 per carry) over his first six games. He ceded the No. 1 role to Devin Singletary in Week 9, and struggled to produce with a limited workload. Over his final 10 games, Gore averaged 8.0 carries for 21.1 yards (2.6 per carry).