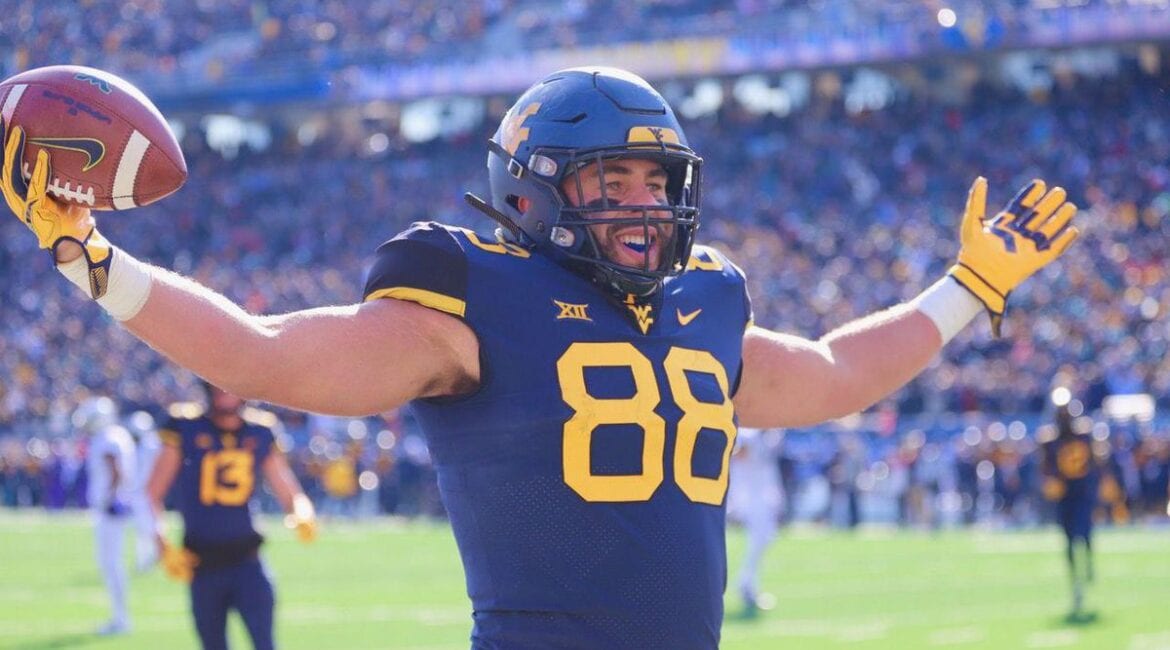 Florham Park, NJ – After trading down twice in the fourth-round, picking up a fifth-round pick then swapping that fifth-round pick to move up further in the fifth, the Jets settled on tight end, Trevon Wesco, from West Virginia.

Wesco is 6’3″, 267 lbs., and ran a 4.89 40 at the combine. Wesco, who is from West Virginia, first went to Lackawanna College for his freshman year, redshirted his sophomore because of injury, then spent the next three years at West Virginia University. Wesco is a blocking tight end first and foremost, with some ability to move around and play in an H-back role.

NFL.com’s Lance Zierlein has a write upon Wesco, projecting him to be a fourth or fifth-round pick.

“West has the strength and toughness of an NFL tight end, but he’s still very raw in the passing game, which could take some time to shore up,” Zierlein wrote in his overview of Wesco. “He has a terrific demeanor as a run-blocker and the footwork to become much more consistent in sustaining blocks once he gets his hand placement corrected. Teams might view him as an early developmental prospect on the practice squad with a chance to compete for a move tight end spot in the future.”

After drafting Chris Herndon last year the Jets finally look to have found their starting tight end, and a quality receiving tight end, but even with Jordan Leggett, Neal Sterling and Eric Tomlinson on the roster the Jets still needed to add a quality blocking tight end and according to many scouts Wesco can fill that role. If he can hold it down as a blocker from day one then they can take their time developing him as a receiving threat. But even if he never develops into a quality receiver he can have a role on this team for a long time as a pure blocking tight end.