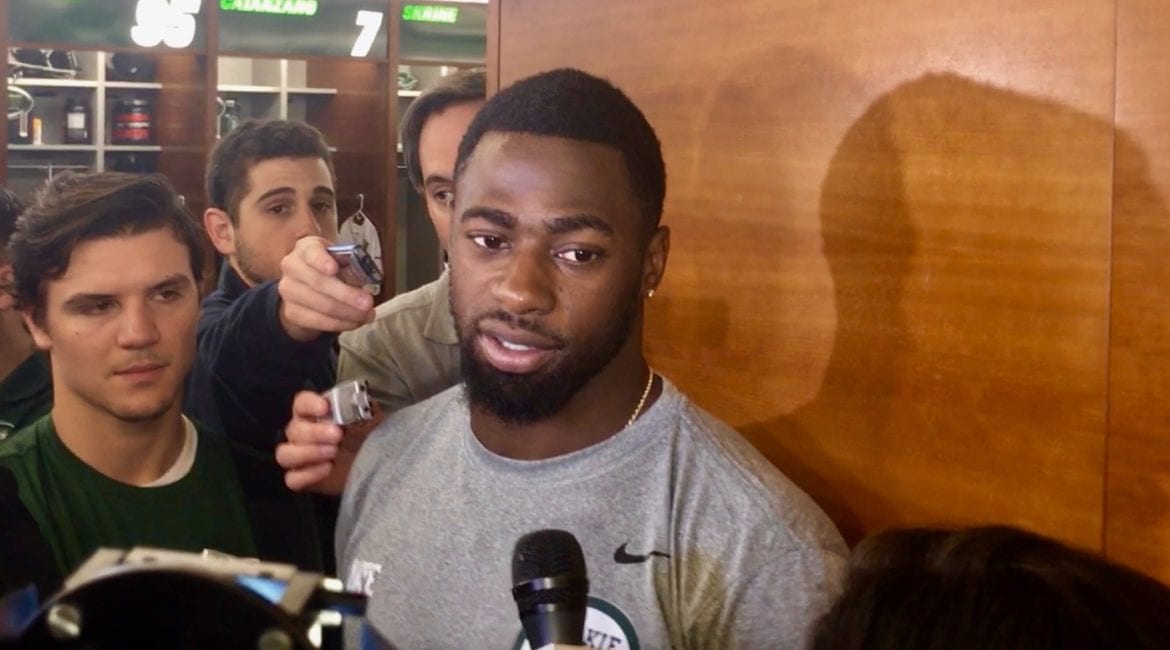 The New York Jets had only one pending free agent that they needed to retain. That player, safety Marcus Maye, has now officially been retained as the Jets used their franchise tag for the first time since tagging Muhammad Wilkerson in 2016.

The official salary cap number for this season still hasn’t been finalized yet, but Overthecap.com is expecting the tag for safeties to be around $10.496 million. As with Wilkerson there is still plenty of time for the Jets to get a long-term deal done if the two-sides can agree to a deal. Both sides would like to get a long-term deal done, but of course both sides want the money to be exactly right.

Maye turned 28-years-old today, Tuesday March 9, and is only two years away from the dreaded 30 number. Maye came into the league as one of the older player’s in his class and now at 28-years-old had his first chance to secure the holy grail for NFL players, that second contract.

Even at 28-years-old, there’s still plenty of reasons to lock Maye up to a longer deal. He’s an excellent safety but don’t get too caught up in the words, “long-term deal.” This is the NFL, actual long-term deals don’t actually exist. Well, maybe a few exceptions for quarterbacks. Now, the vast majority of “long-term deals,” are two-to-three year deals disguised as four or five-year deals.

But for now the Jets can turn there attention to the free agency market, prepare for the draft all while trying to get the Texans to realize there best option is to trade Deshaun Watson to the Jets.