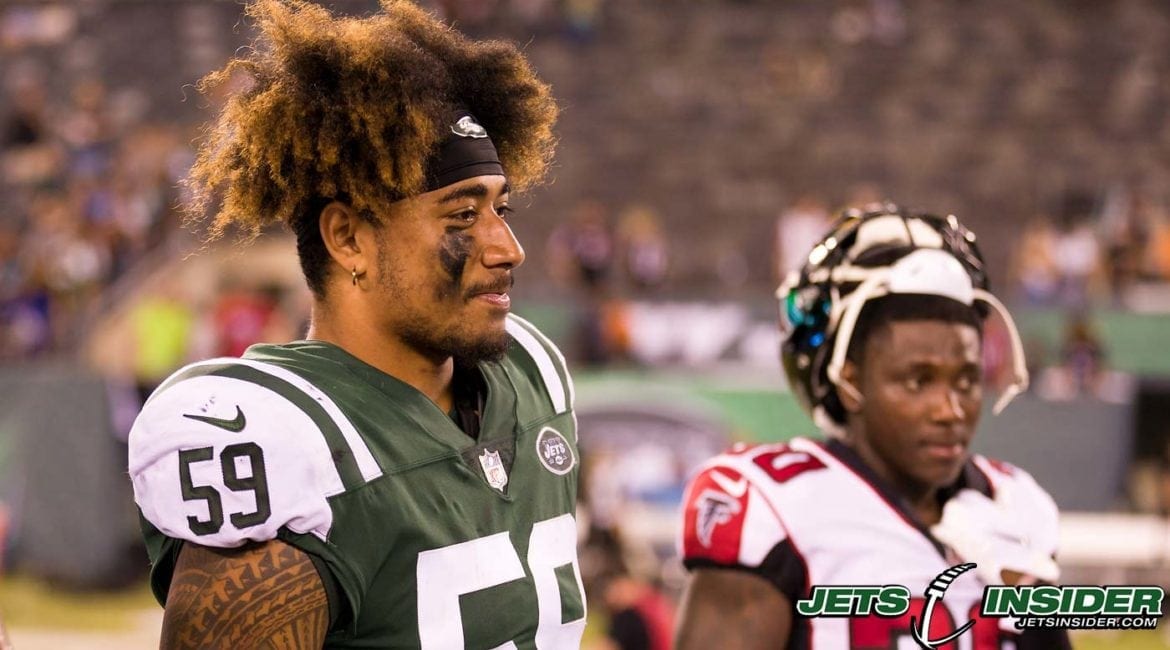 The New York Jets made the perplexing decision to place zero waiver wire claims to add to their roster. There’s more talent on this year’s roster than last year’s, but there’s not nearly enough for it to make sense to put in zero claims. Still the Jets can sign veteran free agents that didn’t have to go through the waiver wire process (maybe they felt comfortable enough that they’d get players they liked this way) and now they can sign other players that did clear waivers. One would think they’ll be adding a few linebackers, but we shall see.

The Jets have added players today, just not to the active roster. The Jets have started putting together their practice squad and so far have added four players, which leaves them with six more open spots and we will obviously update this post as the moves are announced.

So far the Jets have signed two players that they cut yesterday and two players from other teams to the practice squad. Safety Brandon Bryant, who the Jets signed as a UDFA after the supplemental draft this offseason, and outside linebacker Frankie Luvu. Bryant really started to come on strong in the last part of training camp/preseason, he’s a talented player and a perfect guy to stash and develop on the practice squad. With the depth the Jets have at safety they won’t need Bryant to contribute this year, but they will hope for him to make a big jump next year. Luvu looked like the best outside linebacker on the Jets roster throughout training camp and played well enough to make but the personal foul penalties likely caused the Jets to keep him stashed on the practice squad for now, but unless the Jets make a couple of moves to bring in outside linebackers Luvu could find himself promoted to the active roster real quick.

The Jets signed receiver Deontay Burnett who was released by the Titans despite having a solid preseason. Burnett was also Sam Darnold’s teammate at USC so their familiarity will certainly help Burnett. Burnett is also a talented receiver and worth stashing on the practice squad on his own merit so this isn’t exactly a Scotty McKnight situation.

Running back wasn’t exactly a need for the Jets but they decided to make a play to stash and develop De’Angelo Henderson after he was cut by the Broncos. Henderson was a sixth-round draft pick out of Coastal Carolina in last year’s draft.

The jets have also announced the signings of cornerback Jeremy Clark and linebacker Anthony Wint to the practice squad. Clark was a sixth-round pick from last year’s draft class and Wint was an undrafted rookie free agent.