JetsInsider.com > News > Blogs > Jets Positional Battles: The Fight for the Back of the RB Depth Chart

Jets Positional Battles: The Fight for the Back of the RB Depth Chart 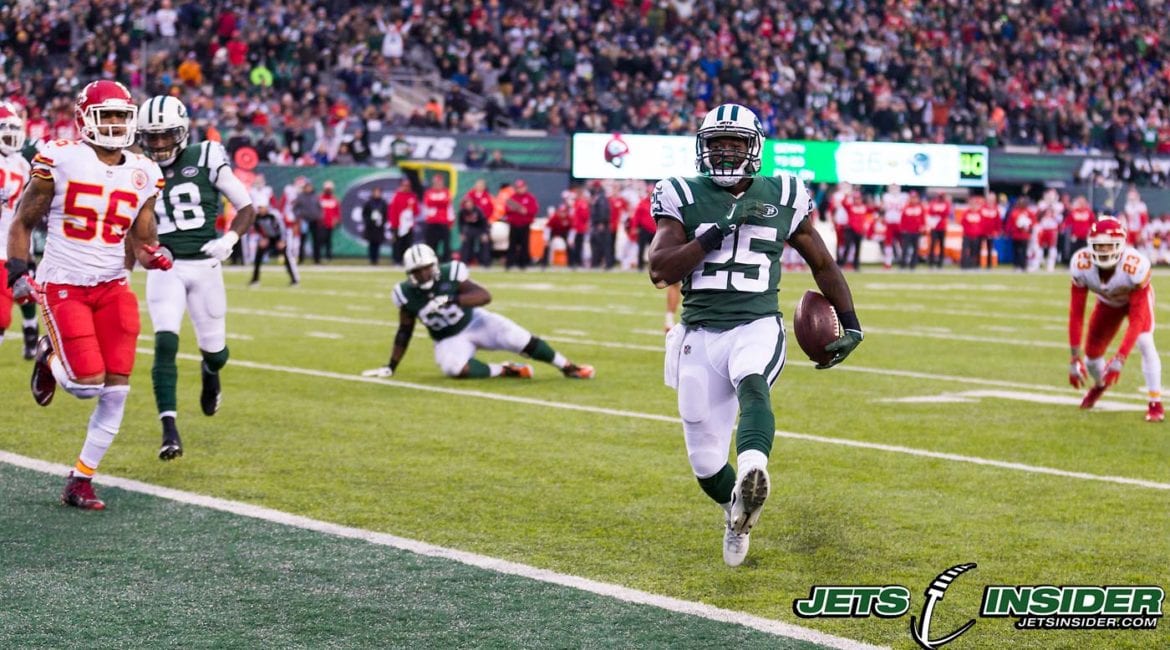 As we sit in the “down” period of the football calendar, we look ahead to training camp. Specifically we look ahead to position battles. Why? Because those are why we watch training camp workouts and preseason games. We want to know who is going to make the final 53 man roster. Otherwise we would just take a football nap until week one. Positional battles make all the difference.

So today we start looking ahead to those battles, starting with the running back position. With the acquisition of Le’Veon Bell, the top of the depth chart is obviously set and ready to go. But if we look behind the top guys, the competition could get interesting.

Number one is Le’Veon Bell and it isn’t close. Everyone who reads this article is aware of this undisputable fact. Behind Bell is Ty Montgomery. The former Green Bay Packers RB/WR would not have signed a free agent contract with the Jets if the intent was not to stick around and get reps. That covers the first two positions on the depth chart.

Behind them there are questions. There are three running backs vying for at most, two additional positions. The likelihood of carrying five running backs is slim. So assuming the situation follows the norm, one of these three names will be gone. So which one is it going to be? Let’s talk about who it should be:

The leader in the clubhouse for one position is Bilal Powell,  the longest tenured member of the team. After all these years we know what Powell can do. He is a jack of all trades who performs well in all facets of the game, sort of like Bell and Montgomery. He has rushed for over four yards per carry every year except for his rookie season. Even in just seven games last 4.3 yards per carry.

As a receiver he has averaged 29 receptions per season since 2011 to go along with 223 receiving yards. Add that to his ability to pick up the blitz and it’s no wonder why Powell has stayed around for so long. Expect that to continue with Powell as the third running back.

However it isn’t a lock. It will come down to how he performs in training camp. If, in fact, he isn’t healthy, the Jets aren’t committed long-term or with a lot of money. The cap hit is $735,000 and the dead cap figure is $90,000. So Powell may be the favorite to earn the job as third running back, but there are no guarantees.

Next up is Elijah McGuire. The minute Powell was re-signed, McGuire’s chances went exponentially down since he will be further down the depth chart if he sticks. He will have to fight for reps.

Over the last two seasons, McGuire has done very little to keep his spot. After averaging 3.6 yards per carry as a rookie in 2017, he dropped down to 3.0 yards per carry in 2018. Other than a 93 yard performance against the Jaguars as a rookie, where he showed signs, McGuire has not been a successful running back at the pro level. His saving grace has been nearly 20 catches per season out of the backfield. Whether that is enough remains to be seen.

Finally the conversation turns to Trenton Cannon. This is a guy that turned heads during the draft process by running a 4.4 forty yard dash. Though he came from a small school the hope was that Cannon would provide a weapon they haven’t had in a long time. That didn’t work out very well. He had a case of the dropsies since minute one and never really established a presence. He can cover kicks but that has been about it so far. Three yards per carry will not keep anyone in any backfield.

Again, no guarantees but Cannon has his work cut out for him.

So Trenton Cannon looks to be the one as the odd man out. Do you agree? What do you think about the competition at the running back position?

Jets Prep For Patriots,Mock Draft Roundup Part One,Jets Positional Battles The Fight For The Back Of The Rb Depth Chart,Part 2 Of 2 Which Free Agents Should The Jets Look To Retain,Should The Jets Sign Logan Ryan,Broncos More Than Just Tebow,Jets End With A Nightmare,3 Observations Day 2,Jets Add Depth To O Line Take Umasss Ducasse 61St Overall,Report Leonhard Leaves Florham Park Without A Contract