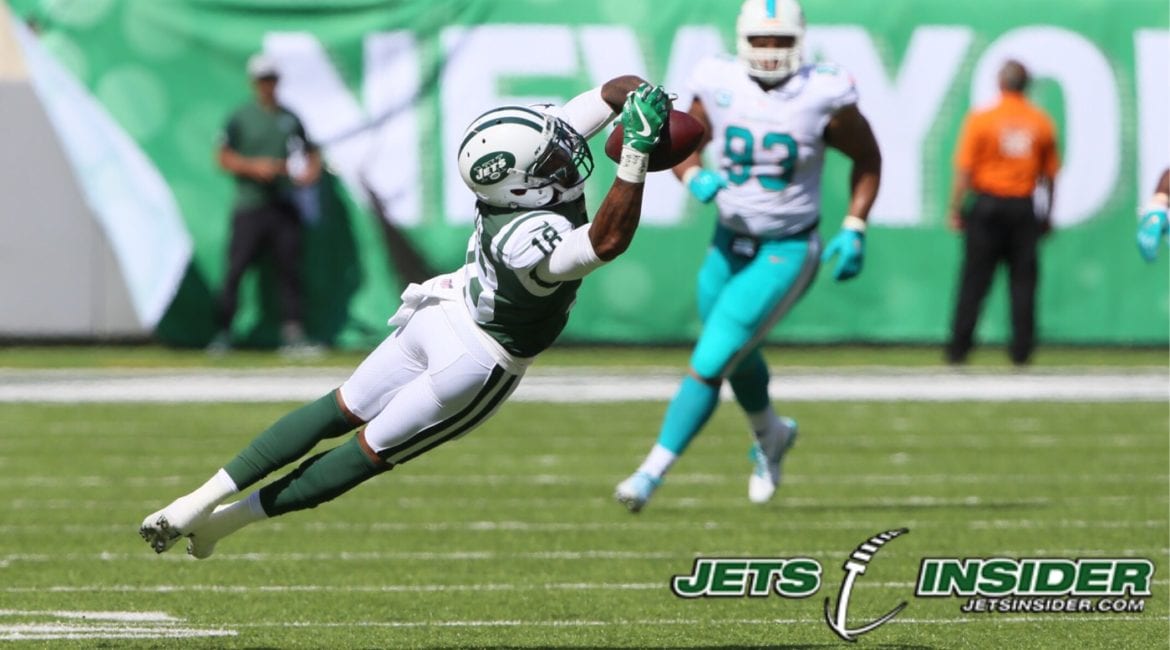 EAST RUTHERFORD, NJ – If there is one word to describe Sunday’s game for the New York Jets, it is unity. Amid a political firestorm surrounding the league, the Jets, preachers of unity and teamwork, put together an inspired performance, stunning the Miami Dolphins, 20-6.

“We corrected a lot of the mistakes from last week,” said head coach Todd Bowles. “[The team] came out and played hard and with a lot of passion. They gave up one at the end, but for the most part, they played a good ballgame.”

This wasn’t about politics. This was about teamwork. The Jets showed poise and confidence from kickoff, behind the home crowd for the first time this season, even if a bulk wore Miami teal and orange.

Is “Suck for Sam” or “Golden Rosen” or “Awful for Allen” in jeopardy? Likely not. But, for one week, Jets fans had the chance to see a football team that may be in worse shape than their own. Jay Cutler and the Miami offense only mustered up 225 yards, a chunk coming in fourth quarter garbage time.

The Jets defense came to play, in particular rookie safety Jamal Adams (two tackles, one sack) and Terrence Brooks (two interceptions). The two led a unit that held the Dolphins attack to a mere 81 yards after three quarters. On third down, Miami went 1-for-12, with the one conversion coming in the fourth quarter. It was dominance. It was clear the Dolphins were not ready for Sunday’s game.

“It’s a new start for the team,” said Adams. “We came out hitting on all cylinders and it showed on the field. We wanted to keep that energy on the field and set the tone, we feed off the fans’ energy and they do the same with us. We started making plays.”

The rookie had the time of his life, picking up his first career NFL sack and teammates agreed his energy was infectious. Even the coach bought into his hype.

“He’s an exciting player,” Bowles said of Adams. “He did a lot of things the right way. He brings a lot of emotion with him. He got the team behind him and got them into it.”

It took time but after a scoreless opening quarter, Josh McCown and the offense began clicking. On the Jets first drive of the second frame, McCown spread the wealth, connecting on passes with Robby Anderson for 19 yards, ArDarius Stewart for 24, Jeremy Kerley for 14 and Jermaine Kearse for 18, while rotating Matt Forte, Bilal Powell and Elijah McGuire in the backfield. Miami had no answers and the drive completed with a 40-yard field goal from Chandler Catanzaro.

“It’s a relief, great feeling, whatever you want to say,” McCown said on getting the first win out of the way. “When you win it’s a great feeling. There’s a method that we go about and then there’s obviously an external narrative that people have for this team. We have not bought that.

The Dolphins looked bewildered and sloppy on both sides of the ball. While the defense sustained lapses in coverage, the offense sent seven consecutive punts into the air to start the game. In fact, Miami lined up for an eighth straight punt but punter Matt Haack’s trickery was intercepted by Brooks. It also didn’t help the Dolphins case being penalized eight times for 51 yards leading to three Jets’ first downs. Head coach Adam Gase’s group beat themselves as badly as the Jets did.

“They just beat the **** out of us,” admitted Gase. “That’s the best way to put it. We didn’t show up, didn’t play physical, we just didn’t have anything going.”

New York took a 10-0 lead after Robby Anderson (three catches, 95 yards, TD) sprinted down the sideline for a 69-yard touchdown grab, his first of the season. Anderson was in one-on-one coverage. He suggested a lot of corners who cover him are scared of his speed and with “one hell of a throw” from McCown – that certainly helps.

“We don’t pay too much mind (to the noise) outside of our building,” the receiver said. “We came out this week with a different energy and different mindset that we were going to dominate. We weren’t going to let them stop us.”

Following another Miami punt, the Jets moved the ball downfield with ease, setting up Powell for a one-yard touchdown run. On the drive, McCown connected with Austin Seferian-Jenkins (five catches, 31 yards), a duo that may come into its own in the coming weeks. The Jets led 20-0 after Catanzaro nailed a 22-yard field goal – he finished the day 2-for-3 through the uprights.

The green and white had an opportunity for their first shutout victory since Week 17 of the 2009 season, a 37-0 rout of the Cincinnatti Bengals to reach the postseason, but was denied when Cutler’s pass to DeVante Parker was caught in the back of the endzone with time expiring in the contest.