JetsInsider.com > News > Blogs > Jets Run Away With 34-16 Win Over Broncos

Jets Run Away With 34-16 Win Over Broncos 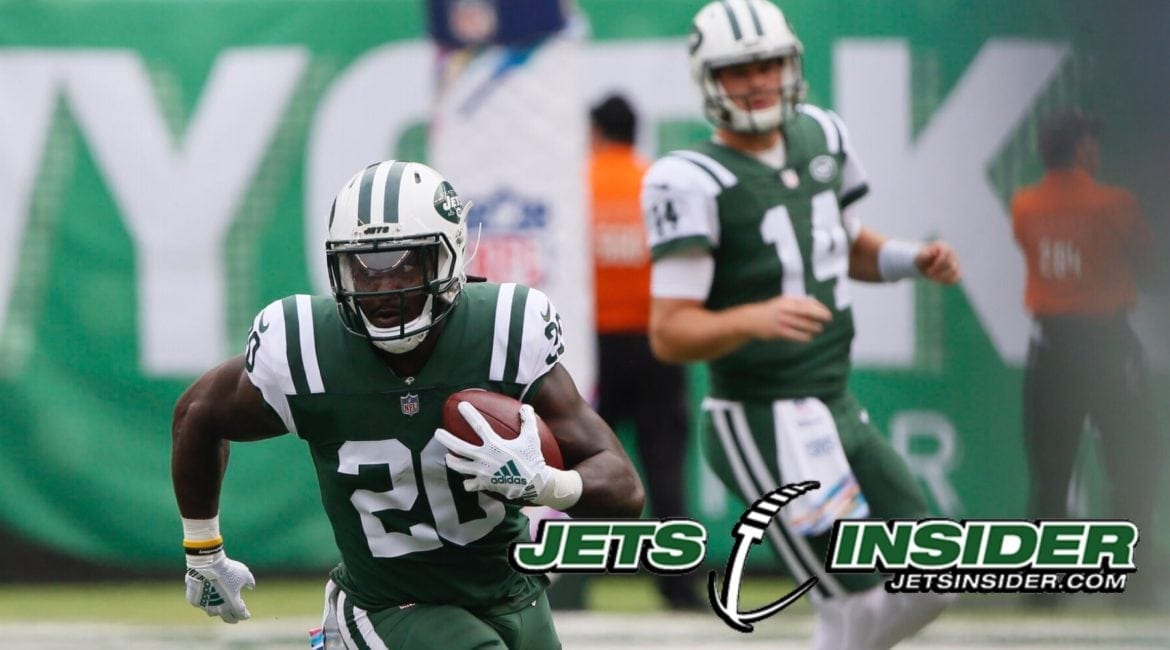 East Rutherford, NJ – The New York Jets coasted to a comfortable win as the offense exploded for 512 yards on Sunday afternoon, with Isaiah Crowell and Robby Anderson leading the way. Each had 100 yards before half-time, aided by the duo’s 75+ yard scoring plays. After the ground game opened up the passing lanes, the Jets were able to take yardage in big chunks. They had six plays of over thirty yards, including three of their four touchdowns.

The offensive line in particular was dominant, and Crowell found holes big enough to drive a truck through all day. He rushed for 219 yards, setting a new franchise record, narrowly edging out Thomas Jones’ 210 yard performance against the Bills in 2009. When asked about what it meant to set the franchise record, Crowell said “It means a lot to me. Really, I just want to congratulate my O-line because without them, I wouldn’t be able to do that. They were opening up holes all game, and I feel like Jeremy Bates basically committed to the run and I feel like our O-line did their thing.”

Bilal Powell became the forgotten 100-yard rusher, but he also gashed the Bronco’s for two rushes of over 30 yards. All in all the Jets ran for 323 yards, 29 yards short of their season total of 352. It was also more rushing yards than the Steelers, Buccaneers, Cardinals, and Vikings have had in four weeks.

The rush attack gave Sam Darnold the confidence to really be creative. He was given time in the pocket, and found Anderson in the end zone on two beautiful deep balls. Terrelle Pryor also reeled in a one-hander at the goal-line to give Darnold his third touchdown pass of the game.

“I’m starting to feel the rhythm of Robby’s timing and how fast he gets downfield. It’s awesome. Even to Quincy (Enunwa) and Jermaine (Kearse),” Darnold said. “I’ve just got to continue to work with them because that’ll come as well. Like I said last week, it’s just a matter of time until we click and our offense is rolling on all cylinders. It’s going to be fun to watch us in the next couple weeks.”

The defense began the day without starting cornerback Trumaine Johnson, and lost Buster Skrine to a concussion before the end of the first quarter, which left the Jets with Morris Claiborne and Darryl Roberts at corner to cover the tough tandem of Demaryius Thomas and Emmanuel Sanders. Thomas finished with five receptions for 105 yards while Sanders had nine receptions for 72 yards. Thomas’s touchdown was a 42-yard jump ball in garbage time where he torched Roberts.

After giving up an early touchdown in coverage, Marcus Maye started to settle back into rhythm in his second game of the season, and he looked determined to lay some lumber for the occasion, and finished with six tackles and a half sack. Maye also had an interception in the end zone as time expired, and after returning it 103 yards, was tackled at the two-yard-line. Unfortunate for fantasy owners, but meaningless in the realm of real football, as the game had already been decided.

The Jets will try to keep their momentum going next Sunday against the Colts at 1 pm.

Fridays Preseason Opener Brings Intrigue For Gang Green,Jets Hit Rock Bottom In Blowout To 49Ers,Friday Notes From The Complex,Clowney A Twitter Hacker Really,Jets Put Together Team Victory In Home Opener Stun Fins 20 6,Choose Your Own Adventure 2010 Jets Style,The Chicken Or The Egg,Holmes Will Be Key Against Ravens,Forte And Johnny Mos West Coast Offense A Match Made In Heaven,Darby Tabbed As Starter