JetsInsider.com > News > Blogs > Jets Select Blake Cashman in the Fifth Round of the Draft

Jets Select Blake Cashman in the Fifth Round of the Draft 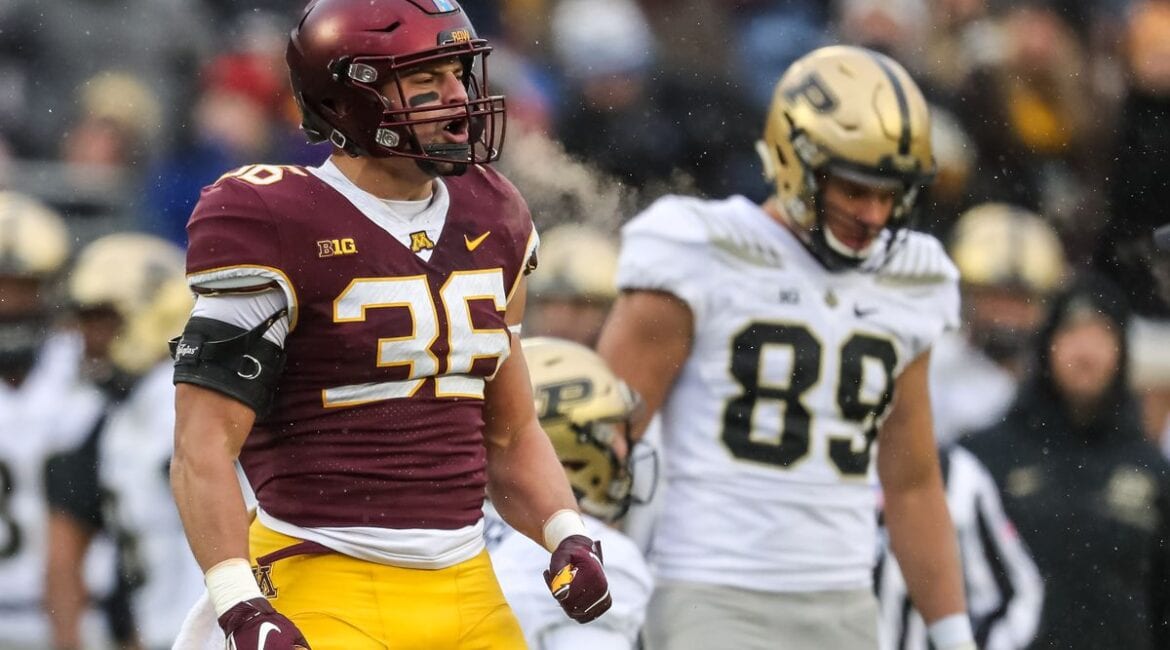 Well the Jets fifth round pick is in the books, and another Cashman is headed to Gotham. The Jets have selected Blake Cashman, linebacker out of Minnesota.

Cashman played four years at Minnesota and had a big season as a senior. In his final year as a Golden Gopher, Cashman posted 104 tackles, 15 TFL’s and 2.5 sacks. He also was credited with five passes defended and a fumble recovery for a touchdown.

He wasn’t much of a pass rusher, with his high mark of 7.5 sacks coming in his sophomore season. But clearly Cashman is a guy that’s always around the football and you can never have too many of those on your defense.

At the Combine, he measured at 6-1, 237 pounds. He ran the forty yard dash in 4.5 seconds which is nothing to sneeze at. For example, he outran Kareem Hunt in the dash. At 6.95 performance by Cashman in the three cone drill shows a player that is agile and can cut quickly in pursuit of a ball carrier.

He is coming off of shoulder surgery so his availability and his ability to use his shoulders to make tackles will be interesting to watch when he arrives in Florham Park.

It’s difficult not to like to watch a player like Blake Cashman. His pursuit into the hole is fast. When he gets to the man with the ball, he doesn’t just take them down, he takes them down with authority, driving them backwards. He wraps up and he doesn’t miss.

Cashman needs to be careful with lowering his head. If not, it could lead to penalties at the next level.

But they have done yeoman’s work at improving the linebackers, first C.J. Mosley and now Blake Cashman. He will certainly have a talented linebacker to learn from.


Jets 38 Eagles 27,For Those Who Live Under A Rock,Jets Get Their Man Hire Joe Douglas As Gm,The Morning After Report Final Exam Edition,Espns Bruschi Retracts Sanchez Comments,The Nfl Draft A Time Of Hope And Optimisim Even For The Jets,Jets Aim To Take Control Of The Division,24 Hour Rule In Progress,Choose Your Own Adventure 2010 Jets Style,Report Quincy Enunwa Has A High Ankle Sprain