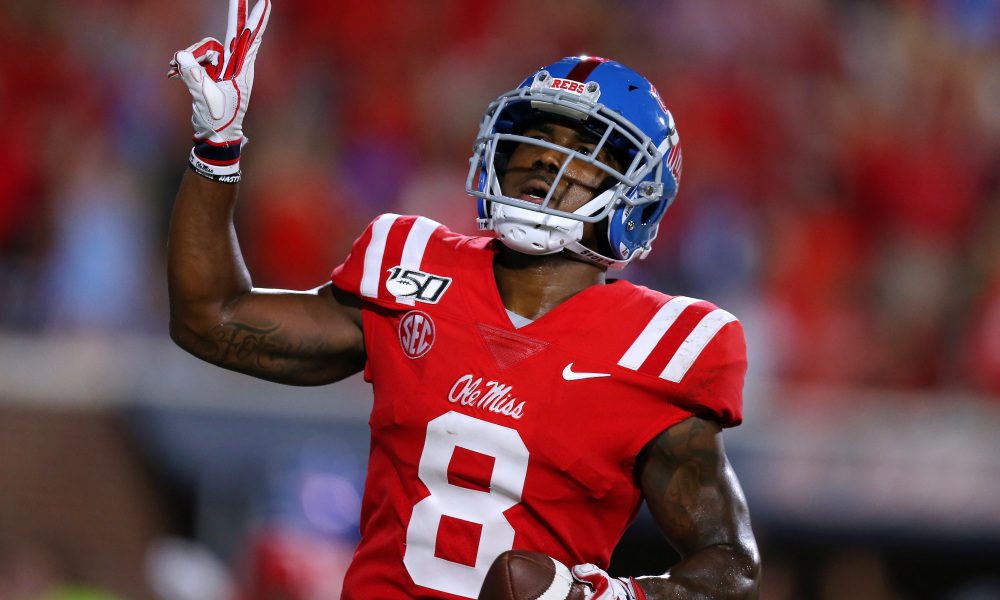 Back on the clock at the start of the second round, the Jets didn’t trade down as expected, instead opting to stay put to take a player many expected to have his name called in the first round: Ole Miss receiver Elijah Moore. Elijah Moore is a 5’9″, 21 year old, explosive slot receiver with a ton of production under his belt in the grueling SEC.

Moore will provide the Jets with two sorely needed elements in their receiver room: he’s dynamic with the ball in his hands and has the long speed to stretch a defense vertically. On BR’s live draft show, NFL legends Reggie Wayne compared Moore to my all time favorite Jet: Santana Moss and I think it’s a pretty apt comparison. Moore will make the Jets a lot more explosive in 2021 which is something I never thought I would say.

The Jets continue to train their focus on surrounding new QB Zach Wilson with talent. The trade up for Alijah Vera-Tucker left the Jets with less swings of the bat and thus far less margin for error, but I said in my article earlier today that Moore seemed like a really safe option. Guys with great hands, speed, and feel for the game rarely bust.

It remains to be seen what this move means for incumbent slot receiver Jamison Crowder. The Jets can save $10M by cutting Crowder, or they may elect to keep him on the team and bring Moore along slowly. In one offseason, the Jets have built their WR room from one of the worst in the league to perhaps one of it’s deepest.

The Jets next pick on the 4th round. Barring another trade up, they’re done for the night