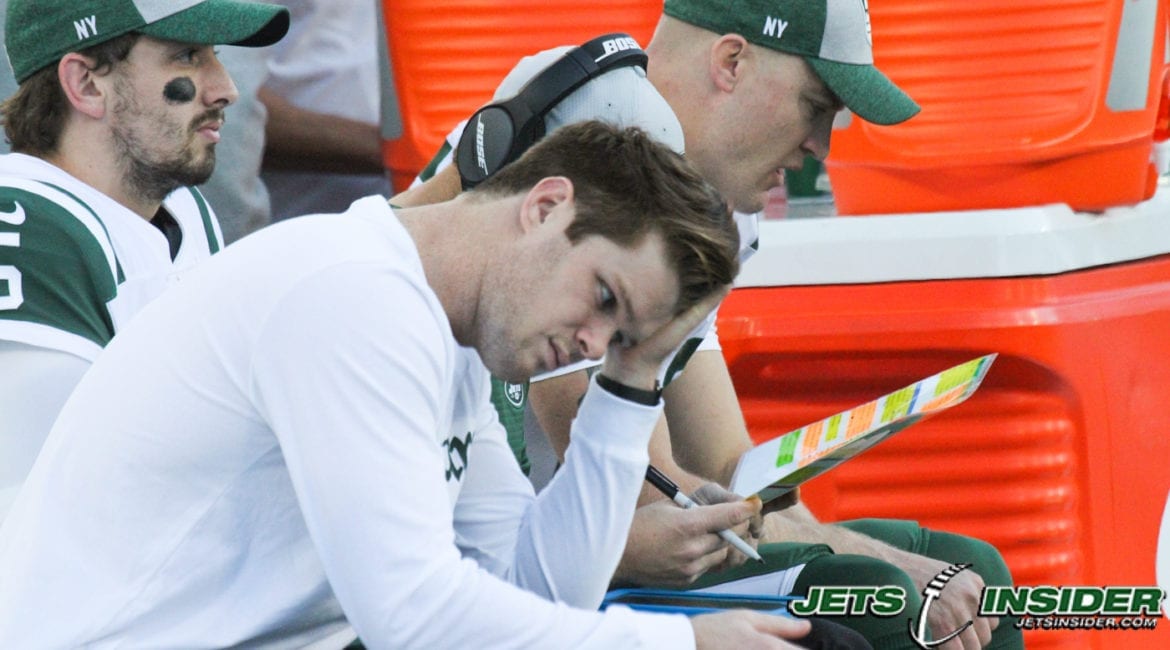 The prevailing thought at the close of training camp was, the Jets aren’t ready for the season to start. Today they proved that thought to be correct. From the opening drive, to the final whistle the Jets were outmatched in every conceivable way.

The Bills had the most talent, far superior coaching and they even got better quarterback play. Josh Allen had his first career 300-yard passing game, two passing touchdowns and added a rushing touchdown and 57 rushing yards. No interceptions for Allen, but his two fumbles and missed opportunities were the only thing that allowed the Jets to hang around.

Sam Darnold didn’t have a chance on the first few drives. The combination of poor blocking and poor play-calling gave him no shot. But then he tried to force a play and threw a terrible interception. After that he was just simply off. Darnold finished the day 21-35 for 215 yards (an atrocious 6.14 YPA), one touchdown, one pick and sacked thrice.

69 of those yards, and the touchdown, came on a screen pass to Jamison Crowder. Le’Veon Bell had a nice catch at the end of the first-half, but really those are the only two positives offensive plays worth talking about. To make matters somehow worse, Bell hurt his hamstring shortly after making that play.

On the defensive side of the ball it was the Marcus Maye show. Maye showed that for today, at least, Jamal Adams not being here anymore was the least of the Jets problems. Maye had 10 tackles, seven solo, two sacks, two pass deflections and a forced fumble. Bless Austin also had a very good game and Harvey Langi made a couple of good plays after Blake Cashman left with an injury. The problem was the rest of the defense. The Jets couldn’t stop the Bills at all, Maye slowed them down some, but mostly the only thing that stopped the Bills was Josh Allen.

The offense looked completely lost. Poor run blocking, poor pass protection. Running plays on second and long, too many poorly timed screen passes (it worked once but killed multiple other drives) and a struggling quarterback. It’s difficult to know how much blame falls squarely on Darnold’s shoulders and how much goes to the coach and the roster. It’s easy to pin the first few drives on just the coach and the rest of the roster, but Darnold absolutely shares blame for the rest of the game.

Darnold was off on his throws all day. He couldn’t get the first play of a drive off without getting a delay of game. His frustration and desire to try to force a play on that interception is understandable, but in year three he simply cannot make that mistake. He can’t try and force that pass. No matter how badly things are going around him, he can’t keep making that mistake. Yes, everything around him was bad today. That’s a factor in how he played, but he had some opportunities and he simply wasn’t good today.

The good news is this offensive line should improve. The bad news is by how much? How soon? With the 49ers coming town next week, it almost certainly isn’t going to be soon enough. 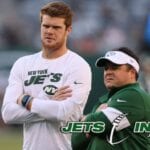