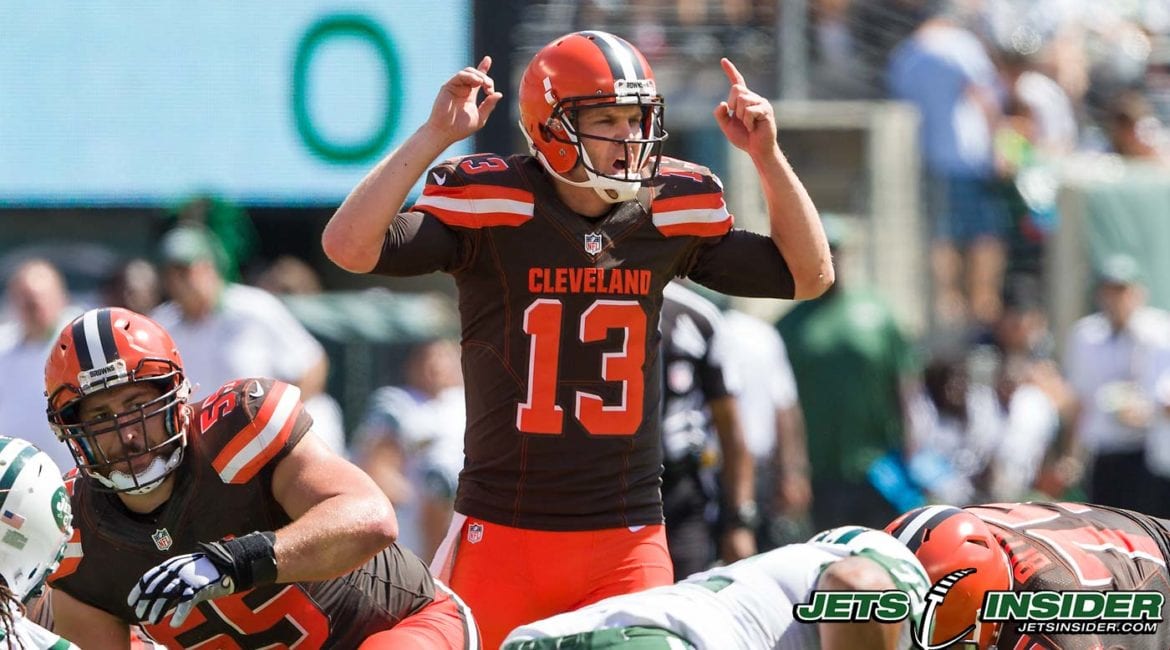 The Jets decided on their veteran quarterback as they have reached an agreement with Josh McCown. The 37-year-old quarterback has sign a signed one-year deal worth $6 million and is fully guaranteed.

Read into it what you like – people on Twitter are already saying that the contract means he’ll be the Week One starter while others are saying it shows he is here to mentor Bryce Petty and Christian Hackenberg – but the truth is likely somewhere in the middle. The Jets will give all three quarterbacks the chance to compete for the starting job but McCown will be the odds on favorite to win that competition.

McCown is obviously not the future – because he’s 37 and also because he’s Josh McCown – but he gives the Jets another option if they don’t feel comfortable starting Petty or Hackenberg. It’s not an exciting option, nor is it an option that will win them many games, but it is another option.

McCown has been a backup for the vast majority of his career, he had one impressive eight game stretch filling in for Jay Cutler with the Bears but he failed to carry that over to his time with the Bucs or the Browns. McCown did however play well in spurts with both teams, but not consistently enough to instill enough confidence that he could lead a team to the playoffs and certainly not well enough to lead this Jets team to the playoffs.

McCown will be a bridge to the whoever the next starter is, the question becomes how long is this bridge? While fans and the media will spend the rest of the offseason debating who will/should start for the Jets McCown will obviously think the answer should be him and the potential for that reality is right there in the contract as the contract calls for “$2 million in playtime incentives” and “$5 million in team-based incentives,” according to TheMMQB.com’s Albert Breer.

Now we wait to see if the Jets decide to add a fourth quarterback to the mix in the draft.

Chris Nimbley is the Editor-in-Chief of JetsInsider.com. He can be reached on Twitter (@cnimbley), or via email (cnimbley@gmail.com)