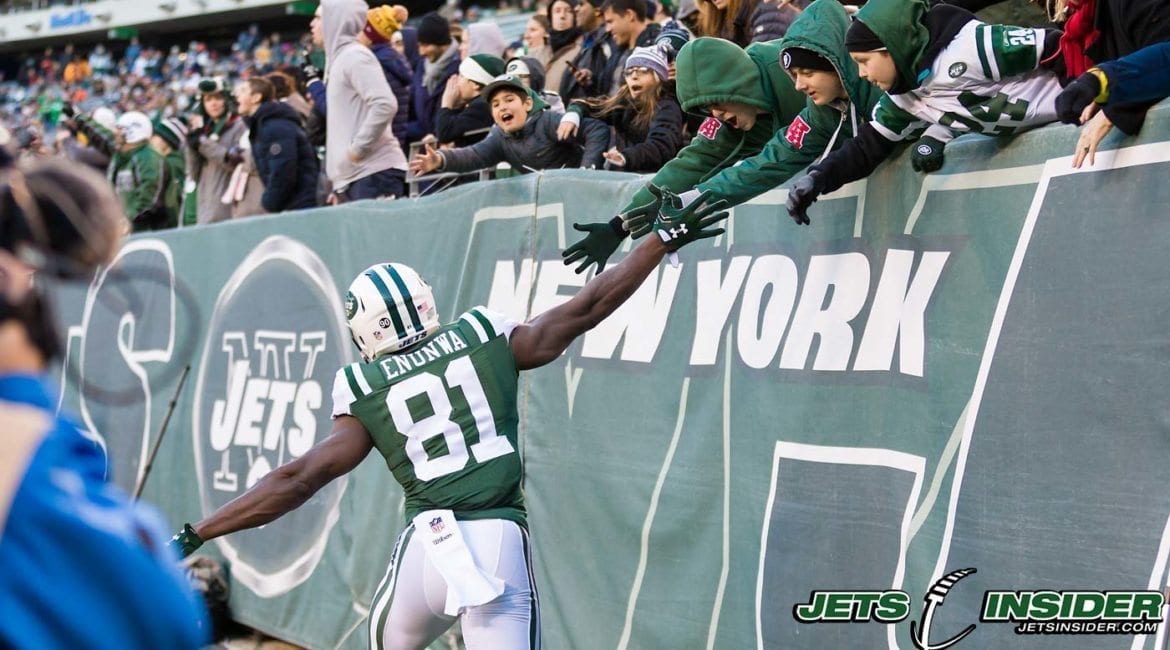 Florham Park, NJ – Quincy Enunwa will remain a New York Jet, just as he wanted. The Jets and Enunwa have been working on getting an extension done before the end of the season and they have ironed out all the details and put pen to paper on an agreement.

The Jets officially announced the deal today and Pro Football Weekly’s Eric Edholm was the first to report that it’s a four-year deal worth up to $36 million with $20 million guaranteed.

With the free agent market devoid of top talent and not a lot of value to be had Mike Maccagnan was wise to lock up Enunwa to such a reasonable deal. Obviously there will be some concerns about his injuries from the past two seasons but when he’s on the field he is an extremely reliable target for Sam Darnold, can make all types of plays with the ball in his hands and is a good and willing blocker. On top of that Enunwa is very well liked and respected in the Jets locker room and is looked at as a leader who “goes about his business the right way.”

The next move for Maccagnan will be to give Robby Anderson a second-round tender, look to either trade for a true number one receiver or draft one and go hard after Le’Veon Bell. Of course the Jets will have to look to upgrade their offensive line and add some pieces on defense as well, but signing a player like Enunwa, who really wanted to remain a Jet, to a reasonable deal is a great start to the offseason for the Jets and Darnold.