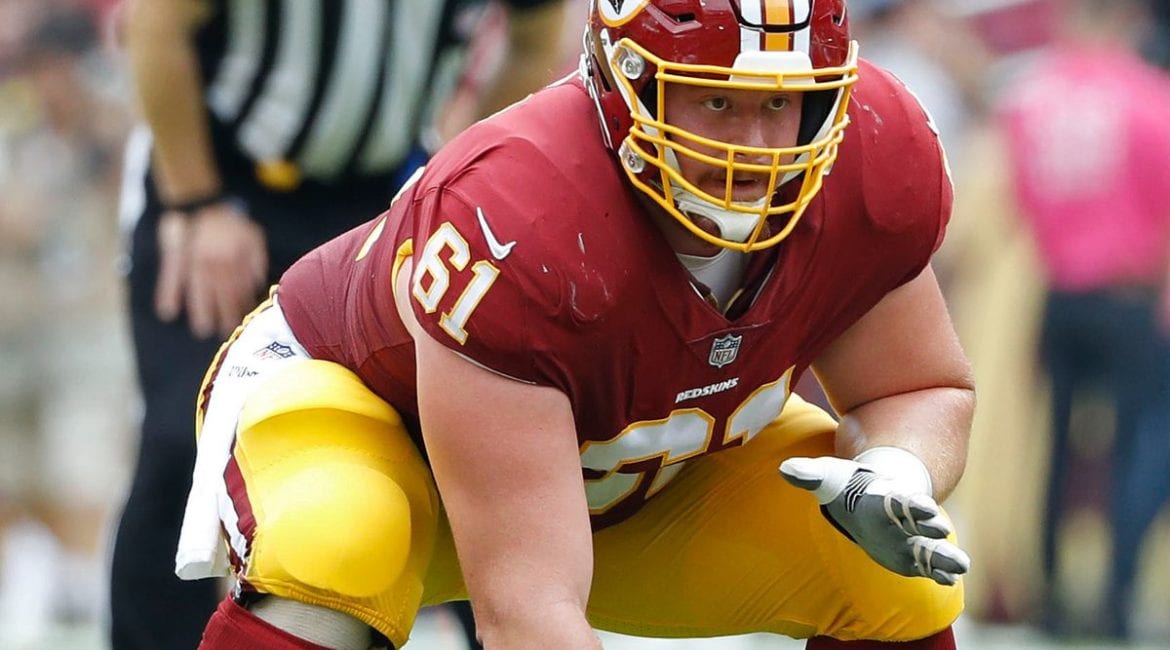 After trying out Wesley Johnson at center for a season the Jets realized that they badly needed to upgrade the position this offseason. After determining that the top center on the market, Ryan Jensen, was going to command more money than the Jets wanted to pay they decided to turn their attention to former Washington center Spencer Long.

Long continues the trend of Mike Maccagnan focusing on free agents coming off of their rookie contract in an effort to keep the roster young. Long was drafted in the third-round of the 2014 draft out of Nebraska and spent his entire four-year career in Washington. Long started as a guard, but made the switch to center where he has been really good when healthy. Long will be a good fit in the Jets new zone-blocking system, but his injury history is a concern.

Long has never played an entire season (though he did play in 15 games in 2016 and 13 games in 2015) and is coming off a season where he only played seven games before ending his season on injured reserve after getting surgery to fix a tendon in his quad.

As long as Long can stay healthy he will give the Jets an upgrade at center which should certainly lead to upgrade across the line. Jets guards James Carpenter and Brian Winters didn’t play up to their abilities last season but that’s most likely in large part because the play at center was so poor. A good center will help and improve the guards next to him, which of course will help the tackles and improve the line as a unit. Whether the starting quarterback for the Jets next season is Josh McCown, Teddy Bridgewater or a rookie, that quarterback will be happy to have a reliable center anchoring the line.

However because of Long’s injury history don’t be surprised if the Jets try and draft one of the top centers in the draft (Arkansas’ Frank Ragnow or Ohio State’s Billy Price), assuming that they don’t trade away all their second-day picks to move up for a quarterback.