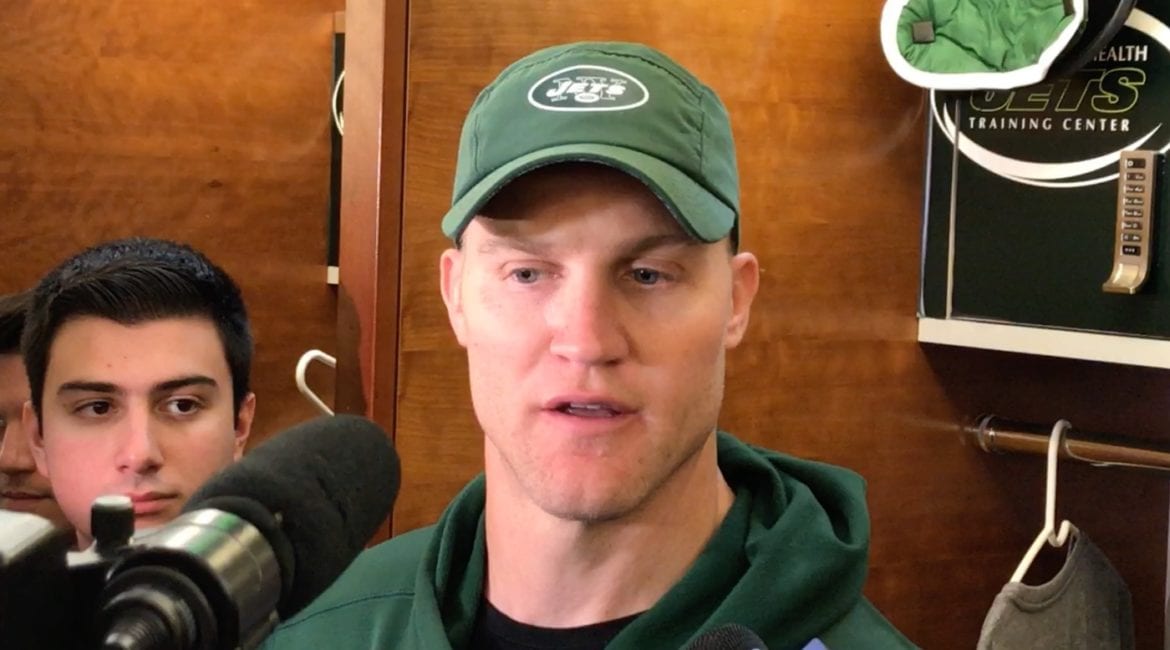 FLORHAM PARK, NJ – A journeyman quarterback is one that plays for a lot of teams over a very long career. It is common for these passers to sign one-year deals with teams to fill a need or be the bridge for an organization with a younger QB in the wings. The NFL has seen several of these journeymen with equal success and failures.

In the early 60’s and 70’s, Earl Morrall played for six different teams throughout his 21-year career. Kerry Collins made a Super Bowl appearance in 2000 but ended up playing for six different teams. Vinny Testaverde played for seven different franchises and enjoyed the highs and lows of a 19-year career. Despite the long list of older journeymen, perhaps none fit the bill quite like new Jets Quarterback, Josh McCown.

After signing a one-year, $6 million dollar deal with the Jets this offseason, Josh McCown is now playing for the eighth different team in his now 15th year in the NFL. With all of his experiences, McCown believes that this was one of the more impressive minicamps in terms of chemistry building that he has been a part of.

Speaking to reporters last month, McCown spoke on how important it was for the team to come together.

McCown now leads a roster with very little talent offensively, and with two young Quarterbacks desperate to learn behind him. While many were critical of the move to bring McCown in, the move ultimately is a smart one for a team with so many questions heading into 2017.

Throughout the NFL’s history, we have seen several young Quarterbacks get massacred with little to no protection or nobody to throw to. Many of those young Quarterbacks did not have an older, more experienced veteran to help them out either. In the early 2000’s, David Carr ran for his life behind a very poor offensive line getting sacked over 70 times! Archie Manning’s development to a hit in the 1970’s when he was leading the Saints behind very little help behind him either. These two comparisons show why starting the year with Josh McCown may be the best thing for the New York Jets.

Instead of throwing out Christian Hackenberg and Bryce Petty with little to no chance to succeed, the Jets have allowed themselves to go as far as Josh McCown can take them. If that is a 1-15 season with the number one overall pick, then the Jets can be happy to know they did not stall the development of one of their younger signal callers by killing their confidence.

The fact of the matter is that McCown joins a team that has just started a rebuild. Regardless of McCown’s struggles in the past, he offers the experience that most Jet players do not have which will not only help Hackenberg and Petty but will also help in building a new, winning culture for Gang Green in the years to come.