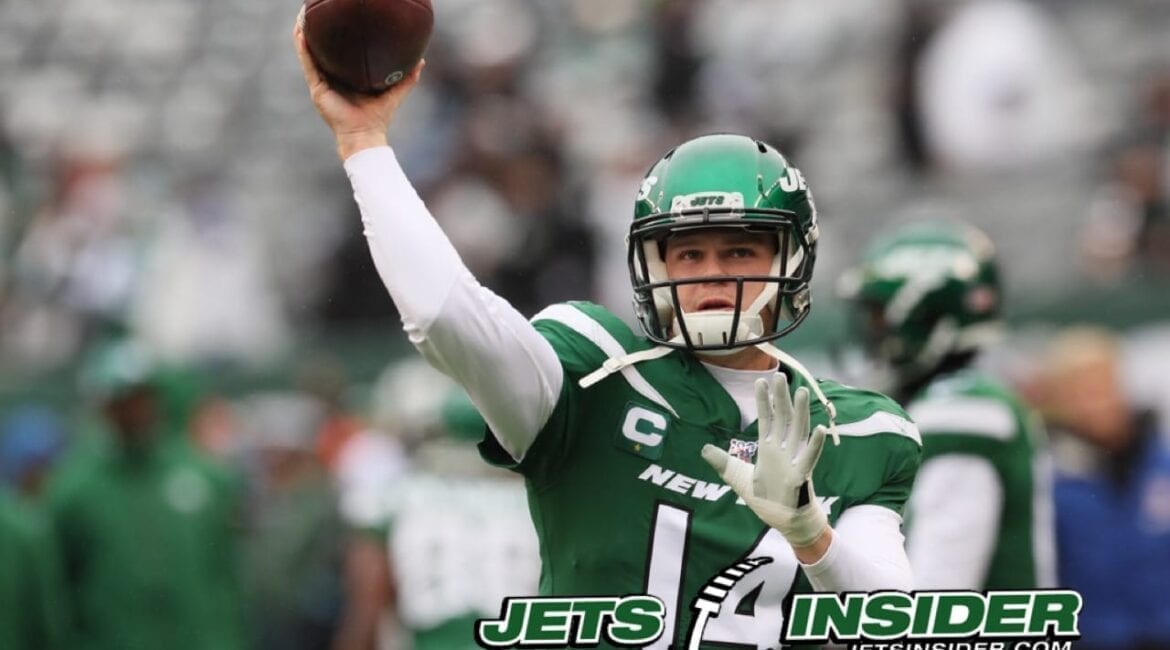 It’s Week 1 in the NFL, baby. That means it’s time to overreact to a sample size consisting of 1 (one) game. Some fans will rejoice, some will be filled with hope, but in the wake of the Jets’ slaughter at the hands of the Buffalo Bills, these overreactions aren’t going to be particularly happy ones. Let’s get right into it!

“And as the turnovers and three-and-outs foam up about their waists, all the fans and analysts will look up at me and shout “SET YOUR FEET” and I’ll whisper: ‘….no.’”

If you didn’t catch the reference, that’s a paraphrased quote from the classic graphic novel: “Watchmen.” I think it’s fitting that it’s based on a monologue by the character “Rorchach” because, until now, Sam Darnold’s career has been not unlike a Rorschach blot test. Looking at him, you can see anything you want. If you identify as a Darnold optimist, you’ll find plenty of flashes and stretches of sensational play to reaffirm your faith. Conversely, if you’re a skeptic, Darnold has giving you plenty to doubt that he’ll ever put it together. However, past Sunday the picture was extremely clear. To sum it up with as much incisiveness and efficiency as my considerable writing prowess will allow: Darnold played like poo poo.

Just like after his infamous “seeing ghosts” performance, Jets fans were left muttering to themselves “man, I thought he was past playing like this”. Even Darnold’s greatest admirers will admit that they need to see a step forward, the proverbial “leap,” in order to consider him a viable franchise quarterback. This was the most problematic thing about Darnold’s Week 1 performance: it wasn’t just that he had an awful game, because he’ll have better ones. It’s that he doesn’t appear to have taken any sort of leap or step forward in his development. There’re still fifteen games for him to rectify and change that fact, but as it stands right now, he’s on a very discouraging trajectory. I know it’s not fair. I know he was never given a real chance. But Darnold having a performance this terrible three years into his career is a very ominous sign that “the leap” certainly isn’t here now, and may never be coming.

The upcoming 2021 NFL draft features one of the most celebrated quarterback prospects in recent memory: the honorable Trevor Lawrence. Unsurprisingly, that’s generated no shortage of fan speculation that certain quarterback needy teams may try to lose out to win the Lawrence Lottery. The Jacksonville Jaguars didn’t do much to quell those suspicions when they began offloading as many players as they could for draft picks. They seemed destined for the #1 overall pick. And yet, sure looked like the Jets were the worst team in the NFL, didn’t it? Looking inept, disinterested in playing football, and facing one of the most difficult schedules in the league…it makes for a potent cocktail that could put them in the driver’s seat for the #1 overall pick. Would they take Lawrence? Would they trade the pick and accrue assets to try and salvage Darnold? I don’t know. But I definitely would not bet against us finding out this coming April.

Adam Gase is a loser

It’s an ugly and pejorative thing to call someone, but it’s the truth. Losing is what he does, and it’s frankly unfair of us to ask anyone to change who they are. Especially when Adam himself certainly doesn’t appear to be interested in changing. Despite his team being woefully unprepared, Gase has refused to fully accept blame for the loss. Since the spanking his team received at the hands of the Buffalo Bills, Gase pointed to “game-changing type plays” that he drew up that his players missed on converting. See? Not his fault! Here’s a mind-blowing stat for you. In Week 1, eight teams used pre-snap motion on 20% or more of their offensive snaps. They went 8-0. An additional four used pre-snap motion 15% of the time. They went 4-0.

Adam Gase, the coach infamously vaunted for “coaching where football is going”, used pre-snap motion just 2% of the time. He refuses to adapt. He refuses to change. He refuses to win. He’s a loser…and as long as the Jets continue to employ him, they’ll all be losers too.

Mekhi Becton is a star

Hey! Look! We’re ending on something positive! A few weeks ago, I cautioned Jet fans not to expect first year tackle Mekhi Becton to have a good season right out the gate. In true Jack Williams fashion, I couldn’t have been more wrong. Becton posted a 77.3 PFF grade. It was the best performance among all rookie tackles, the best among all offensive rookies, and fifth among all rookies in general. With no true offseason and facing a murderer’s row of deadly pass rushers, Becton could feasibly be horrible all year and still turn out to be a high quality player. But if he keeps this level of performance up in spite of all those factors? With his talent? Heck, it’s an overreaction column, so I’ll just say it: he’ll be the best tackle in football by his third season.