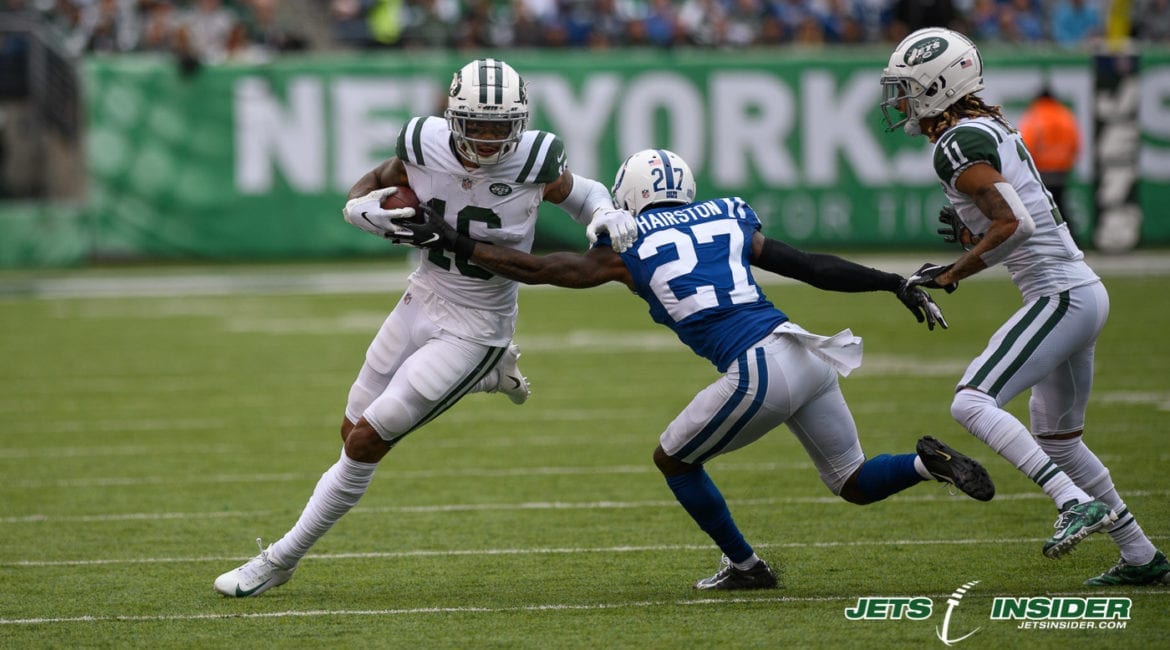 Florham Park, NJ – As the Jets enter the halfway mark of the season we take a closer look at how the new offseason additions have performed through their first eight games as a Jet.

After inking Johnson to a five year, $72.5 million with about $34 million in guaranteed money and a $20 million signing bonus, the Jets fully expected Johnson to be the lockdown bruising corner that he was when he was with the Rams. Instead Johnson’s season has been plagued with inconsistency and injury. Johnson has played in only four games this season, grabbing one interception and one fumble recovery. His last game came against the Jaguars, where he let up a huge 67 yard touchdown to Donte Moncrief on a simple routine wheel route. The quad injury isn’t Johnson’s fault, but the reality is they aren’t getting full value if he isn’t on the field.

Crowell’s production on the field through eight games has been spotty to say the least. He showed flashes of greatness by breaking the Jets all time single game rushing record with 219 yards but hasn’t done much since. Aside from that games against Detroit and Denver, Crowell has failed to reach more than 50 yards in every other game. Not to mention his week three butt wipe touchdown celebration was nothing but a distraction and an unnecessary stunt. He has been plagued with a foot injury for the past few weeks which might explain a dip in production. The Jets are without Bilal Powell for the rest of the season with a neck injury so they will rely heavy on Crowell going forth. Crowell is playing on a team friendly deal which is good for the Jets but the production simply must get better in the second half if this team wants any chance of running a balanced offense.

The offensive line has made strides throughout the season, there’s no denying that. In Spencer Long’s case there really has not been a whole lot of good. Eight weeks in and there are still problems snapping the ball, mainly in shotgun formation. The Jets have barely managed to run the ball and the same silly mistakes that were made on the line in week one are still happening. Long was brought in to be the stabilizer on a line that needs cohesive work, but through eight games it appears that is not the case.

Williamson has been a bright spot on a defense that is young and still learning. The Jets elected to cut Demario Davis to bring in a faster, younger replacement in Williamson. Him and Darron Lee have formed a formidable one-two combo in the middle of the field. So far Williamson has 55 tackles, two sacks, one interception, a forced fumble and fumble recovery. He’s been all over the field for Gang Green. He is on pace to pass his career high in tackles that he set back in 2016.

Pryor was cut following week six after the team felt it wasn’t worth it to keep him while he was battling a groin injury. In six games Pryor mustered just 235 yards and two touchdowns. He was brought in to be a red zone threat and another threat on the outside but it never seemed to click. Darnold was in the process of building rep with Pryor but in the end it looks like this will go down as more of a swing and miss for Mike Maccagnan.

Bridgewater was dealt to the Saints for a third-round pick prior to the season starting. Getting a third-round pick for a guy who most likely was not going to be the starter was smart for the Jets as they need all the picks they can get.

Santos was cut prior to the start of the season due to a groin injury. Jason Myers has been fantastic in his relief, sinking 18/19 field goals, including a seven field goal performance against the Colts.