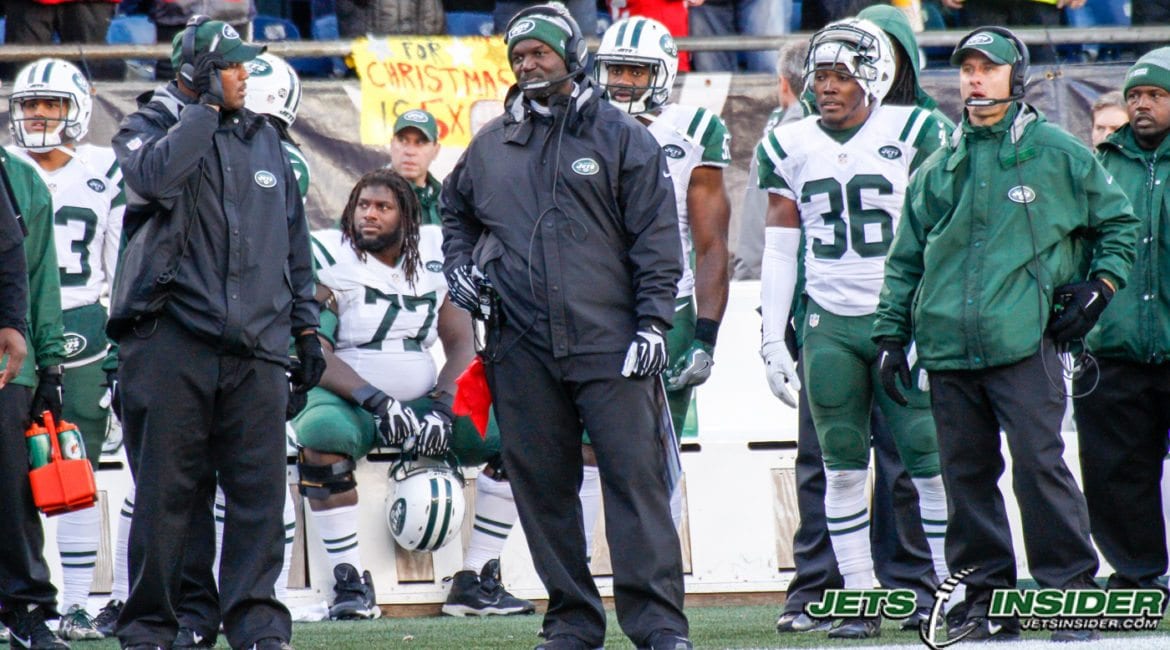 DENVER, CO: This was a meltdown in the Mile High City.

For the first time since 2014, the New York Jets were shutout in a regular season game, falling to the Denver Broncos, 23-0. From start to finish, the Jets were outplayed, outhit and outcoached by a Broncos team that lost eight consecutive games. Though still mathematically alive, you can forget about any slim postseason dream as New York fell to 5-8 while Denver improved to 4-9.

“They played hard, we didn’t play smart and we didn’t execute,” head coach Todd Bowles said. “We haven’t been beat like this since the Raiders but all losses hurt. But, it’s not a setback. We’ll regroup and get ready for New Orleans.”

Similar to last week’s victory over the Kansas City Chiefs, the Jets found themselves in an early hole, falling behind 13-0 after 30 minutes of play. However, a comeback could not be produced as the offense was anemic against the Denver front seven, managing the second-lowest total yard production in franchise history: 100, according to Elias Sports Bureau.

Check out these notes: the Jets failed to reach the red zone, ran only six plays in Denver territory, converted 3-of-13 third downs, averaged 2.1 yards per play, had their longest offensive play go for 14 yards, mustered only 100 yards (second lowest since Dec. 12, 1976 in Joe Namath’s final game) had six first downs, and just one through the air. Inept? Anemic? Can you think of other words?

Denver earned three points on their first drive of the game, a drive that the Jets struggled to stop in its tracks. After run plays started New York’s ensuing possession, quarterback Josh McCown fumbled, leading Trevor Siemian and the Denver offense to capitalize on a 20-yard touchdown to Demaryius Thomas. Siemian finished 19-of-31 for 200 yards and a touchdown but in stretches picked apart the Jets secondary, similar to the way Alex Smith and Cam Newton did in week’s prior.

McCown, on the other hand, struggled in his worst game as a Jet, completing 6-of-12 for 46 yards, one fumble and one interception before Broncos linebacker Shane Ray rolled over on McCown’s non-throwing hand and broke it. After the game, Bowles said his quarterback will have more tests on Monday but the future of McCown seems dim at the moment.

Bryce Petty, who replaced McCown, would be the team’s starter through the final three contests. He failed to spark the Jet-lagged offense as he finished 2-for-9 for 14 yards. It’s also worth mentioning Petty missed open receivers on numerous throws.

“Some of it was rust and some of it was missed timing,” Bowles said. “When you don’t play all year and you go in there, sometimes you’re not razor sharp. It happens.”

In a blink of an eye, the Jets trailed 13-0, 20-0 and finally 23-0. Nothing to see here. You would have thought the team in white and green lost eight straight, not the home squad. Sunday’s game in Denver eerily reminded Jets fans of last month’s clunker in Tampa Bay. A huge win the week before followed by a goose egg on the road, somewhere the Jets are 1-5 this season.

In sum, the Jets are 8-14 on the road in the Todd Bowles era. One of those wins came at a neutral site in London, another came on the “road” at MetLife Stadium, two came in a tightly contested game against the lowly Cleveland Browns, one came against a pathetic San Francisco squad and others came in Wk. 2 in Indianapolis in 2015, an impressive victory in Dallas in 2015 and Wk. 2 in Buffalo in 2016.

“Overall, we don’t come out with the same energy that we do at home games,” defensive end Leonard Williams told Rich Cimini of ESPN.

If the Jets want to continue to grow and strive in the right direction as an organization, their battle level must be raised on the road. Losing gut-wrenching road tilts in Miami, Tampa and Denver are inexcusable.

WHAT DID WE LEARN?

Joe Barone is a staff writer for JetsInsider.com. He can be reached on Twitter (@28Joebarone) or via email (joebarone28@gmail.com)

Time For Jets Draft Choices To Shine,Victory Monday Game Balls For Corralling Colts,Best Targets Left On The Market For The Jets,Joe Douglas Is Ready To Roll Up His Sleeves And Collaborate,Jets Roll Over Washington In 34 17 Victory,New York Jets Two Up Two Down Eagles Game,Rumor Mill Jacobs Wants To Play For Rex,Preview Bills Vs Jets Week 9,Corralling Carrolls Thoughts On Sanchez,Inactives Jets Bills Week One