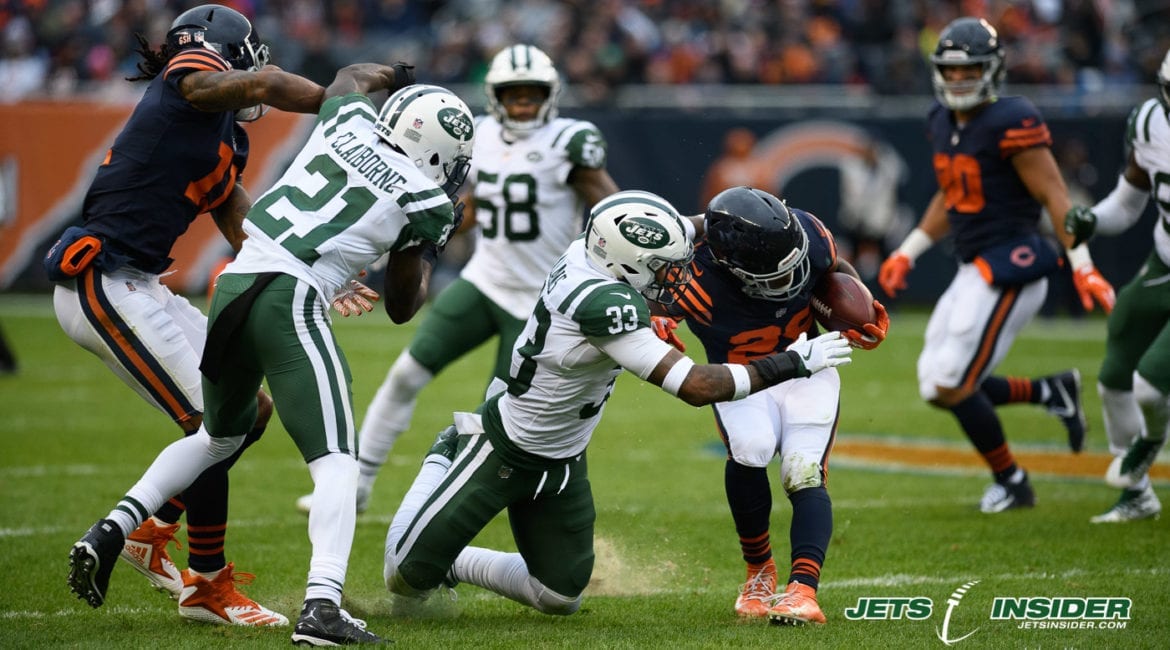 New York, NY – The time has finally come! After years of fans tweeting at the Jets to “get new jerseys” and players like Darron Lee, and later Jamal Adams, leading the charge the Jets decided to go with a rebrand with new jerseys, a new logo (which really isn’t much different from the old logo) and a new slogan. JetUp is dead, Take Flight is here and we’re all better for it.

There are three different jerseys, a home white jersey with a green accent and green pants, a green jersey with white accents and white pants and a black alternate jersey with green accents and black pants. The Jets really made this into one huge event, hosted by comedian and Jets fan JB Smoove, with former Jets, Curtis Martin, Nick Mangold, Wesley Walker, Joe Namath and others along with many other celebrities. Current players, Sam Darnold, Jamal Adams, Robby Anderson, Quincy Enunwa, Leonard Williams, Chris Herndon and Avery Williamson modeled the new jerseys for the crowd.

Obviously the new gear is available for fans to buy now, if you want new jerseys/merchandise and like what we do here at Jetsinisder.com, one of the ways you can help us out is by shopping for your new Jets gear through our link. We’ll get a small percentage of your sale back to support Jetsinsider. You can use the code 30SHIP for free shipping over $30. Follow the link here. You can buy jerseys of all current players, including new players such as Le’Veon Bell and C.J. Mosley and well as retired players like Curtis Martin and Joe Namath.

This post will be updated later when our photographer sends in pictures from tonight’s live event.