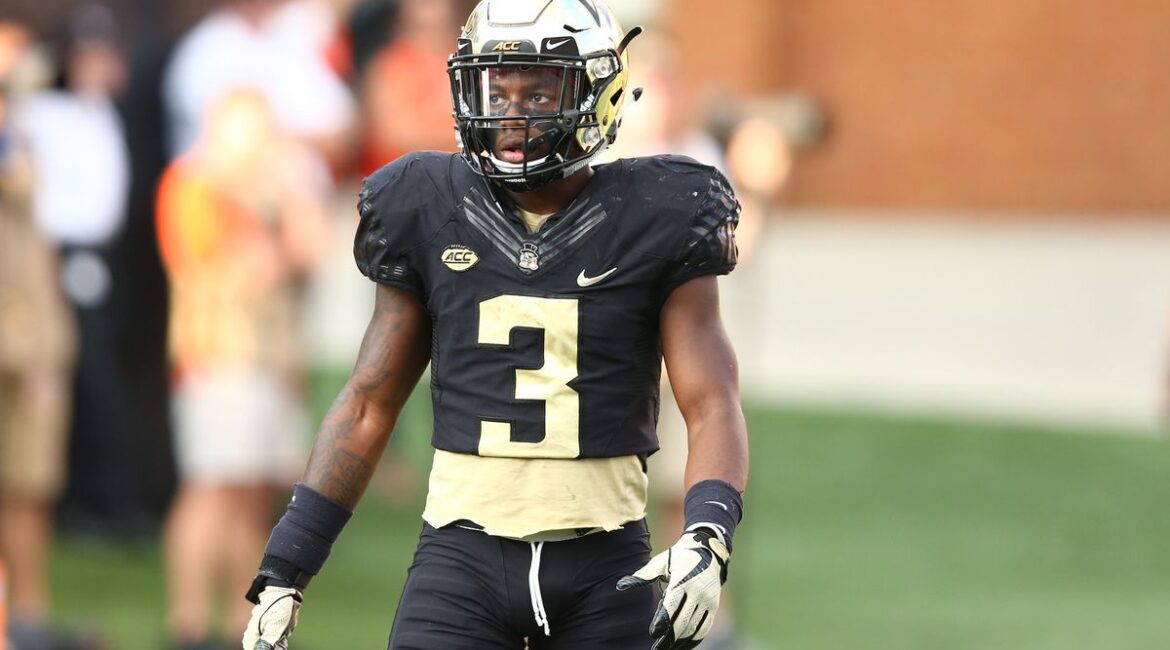 The New York Jets signed Greg Dortch as an undrafted free agent. How could he fit into the plans?

The New York Jets have had good luck in the past with undrafted free agents. Wayne Chrebet is one example. Damon Harrison is another star that wasn’t drafted. Robby Anderson is on the same path.

This year, they selected a player that has garnered a lot of attention so we are going to go into detail on him today. Heck, if Madden likes him there must be something there, right?

He may have played for only two years, but Dortch certainly turned out a great season. He caught 89 passes for 1,078 yards and eight touchdowns. The exciting part is that he can also return kicks and punts. He scored on two punt returns last year. Dortch has also taken care of the kickoff returns with 18 in each season. On paper Dortch will help.

He did not run the 40 at the Combine, but at the Wake Forest Pro Day, his time on two runs was 4.49 and 4.52(per Dortch). There are no official times at Pro Day. That would count as good but not elite straight line speed. We also know that straight line speed is far from the only thing to judge a wide receiver on.

The eye test is just as important.

First of all, the moral of the story is that Dortch’s best track to the active roster is going to be as a returner. Now we’ll go back and talk about why.

That isn’t to say that Dortch has nothing as a receiver, because he does. My favorite part of his game is his hands. He doesn’t let the ball get into his body, he plucks it with soft hands. That’s a skill that receivers don’t always have, right Stephen Hill? He also knows how to use his skills to get open.

His route running is inconsistent at best. At times, he makes sharp breaks. At others, he rounds them off and that won’t work against NFL defensive backs. The routes must be sharp each and every time. But that isn’t my biggest problem.

The Jets are going to run the football. That’s not exactly a secret, bringing Le’Veon Bell into the fold. With that, the receivers have to blog well, and Dortch doesn’t yet. He’s not overly effective and he doesn’t appear committed either.

Blocking by a wide receiver is an attitude. You have to commit to knocking that defender off his shoes on a running play. Dortch doesn’t make that commitment. His effort is a bit half-hearted. To be an NFL wide receiver you must go all out with blocking. Dortch won’t climb far up the depth chart without that.

He has excellent instincts as a returner and would make a huge impact in that part of the game. If he looks good there his chances of making the 53 man roster go way up.