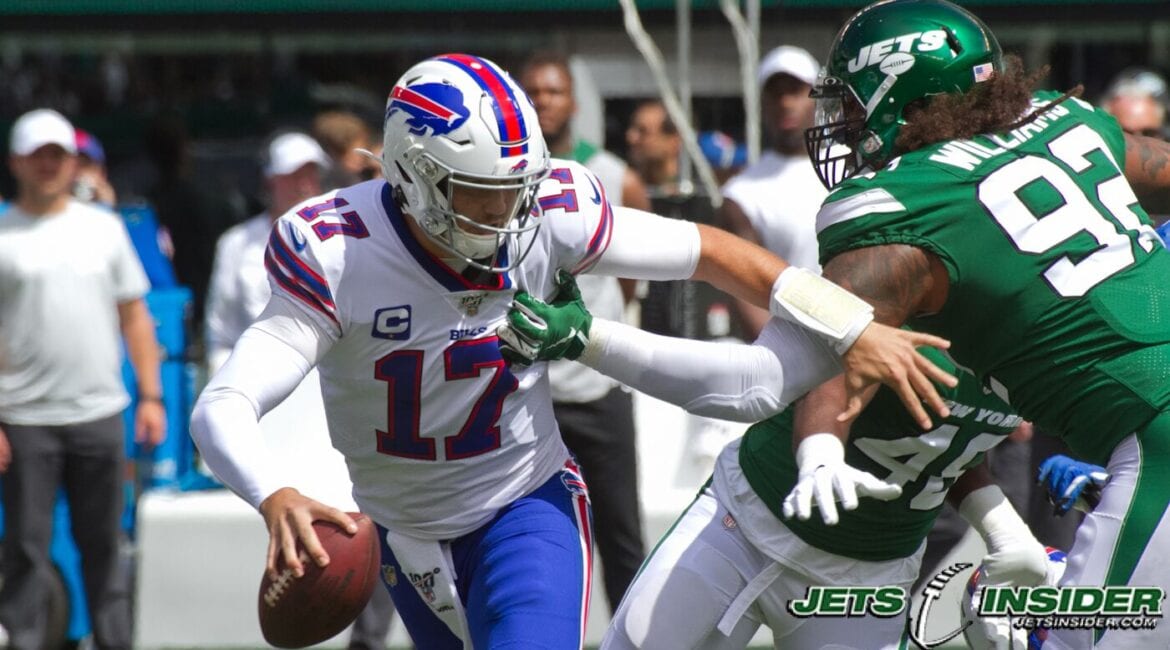 The New York Jets blow the opening game of the year after leading 16-0 over the Buffalo Bills.

MetLife Stadium was the site of the New York Jets opening game of the 2019 season, the NFL’s 100th season. The Jets started it out of the the gate, but in the end it was Buffalo that was able to stay in the game and come out of it with a win after a late touchdown 17-16.

Kaare Vedvik missed a field goal and an extra point, and if he hadn’t the Jets would have won. However, he was far from the only reason that the team lost. Here are a few initial thoughts

C.J. Mosley can play. I think we all knew this heading into the game, but it is different when he is a part of your team. Before his injury we was all over the field. Mosley recovered a fumble, picked off a pass, defended at least one pass and was all over the field. As long as he is on the field he will be the difference maker that the Jets paid for.

Le’Veon Bell will be just fine. The same can be said about Bell. There is just something special about seeing a star player play for your team for the first time. Six catches for 32 yards and 17 carries for 60 yards is a strong first game. If this were a normal situation it would be disappointing, but the man hasn’t played in over a year. The more Bell plays, the better he will become. Don’t worry, running back is taken care of, and then some.

The offensive line needs chemistry, fast. Ryan Kalil and company didn’t play together in a game situation all preseason. Practice only can do so much. The fact that they didn’t get a single rep in a game situation together hurts and it showed on Sunday. Sam Darnold spent a lot of time avoiding the pass rush and absorbing hits. On some plays, so did Bell, avoid hits. Like it or not, it takes a toll on the body during the game. No matter how good your skilled players are, a bad offensive line performance will take them all backward a few degrees.

Turnovers are nice but closing games is better: The Jets turned it over four times in the first half, which is great. The Jets only turned them into six points, but that is for another discussion. Late in the fourth quarter, if the defense could have stopped the Bills on that final drive we wouldn’t even be talking about a loss. Instead, the defense couldn’t rear back and dial up one more big play to end the contest and it cost the Jets.

And they still need a real kicker.