JetsInsider.com > News > Blogs > No change in the QB depth chart

No change in the QB depth chart 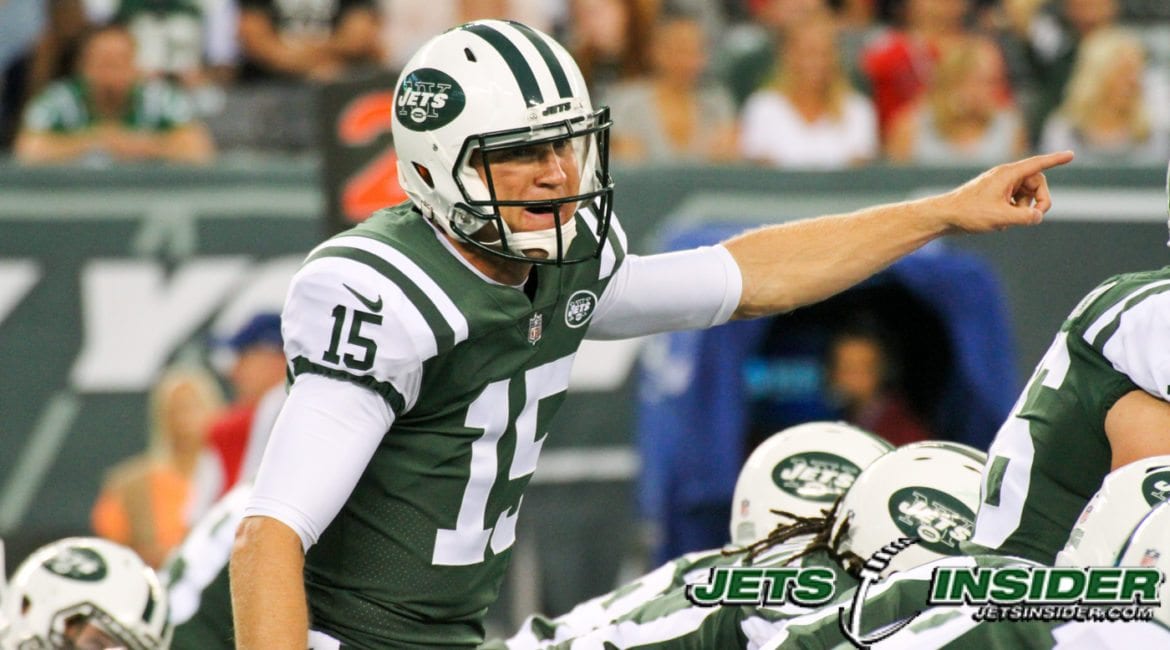 Todd Bowles continues to insist that there’s an open, three-way, competition between the quarterbacks but you know what they say about actions speaking louder than words. All of Bowles’ actions point to a clear pecking order in the depth chart.

Josh McCown has received the most amount of reps throughout training camp, Christian Hackenberg the second most and Bryce Petty clearly entrenched in third place. If this were truly an open competition the amount of reps would be divided much more equally. Bowles can continue with this charade, but his actions drown out his words. It’s not just his actions though, the actions of the quarterbacks on the field are also giving a clear indication of how the depth chart should be set if we’re operating on the notion of who ‘gives them the best chance to win.’

McCown got the unquestioned starter treatment last night, only playing one drive, if there were any questions in Bowles’ mind about who the starter will be for Week One he would have wanted to evaluate McCown further. But McCown completing three of four passes for 72 yards, including a 53 yard deep pass to Robby Anderson and a four yard touchdown pass to Charone Peake was all Bowles needed to see and even though it’s clear Hackenberg has improved from last season, it’s obviously not enough of an improvement in Bowles’ mind to actually have an open competition.

“I think around about there just depending on how long that drive went,” McCown said when asked if the plan was for him to only play one series. “So, it worked out. My mind was just go down, have a long drive, get some good work and finish with a touchdown. That was my goal going into it and I think everybody, collectively, the way we had hoped and planned for it to go. And when it did it was like, ‘well, perfect.’ And now Christian and Bryce can take over.”

Hackenberg was quick and decisive for the most part, he made some smart decisions and good throws and he was hurt by two drive killing drops and by getting sacked for a loss to start a drive where he never had a chance to avoid said sack. Hackenberg completed 18-25 passes, that’s 72 percent which looks outstanding, but once you factor in the yards gained it suddenly looks a lot less impressive. This isn’t even meant as a knock on Hackenberg’s performance, he did what was asked and executed it properly. The short, quick passing game is a staple of the west coast offense and it’s what the Jets have been running in practice. Last night Hackenberg executed that gameplan better than he has in practice, so that’s a good thing. However, 18 passes for only 127 yards (5.1 yards per attempt) isn’t the recipe to score a lot of points.

“I mean, I’m not going to try to make something happen. You take what the defense gives you,” Hackenberg correctly stated, “That’s something we’ve been coached to do. I think early on we started with some stuff but a lot of completion plays in there and we had a lot of things that kept us on schedule and we were able to put drives together. I think overall, what’s called is what’s called. We have to go out and execute.”

The drops came at a bad time, killing two separate drives, but Hackenberg only threw the ball further than 10 yards in the air twice, missing badly each time. The west coast offense is based on timing, short, quick passes but with some deep shots mixed in. At times it seemed Hackenberg was too quick to settle for the dump offs instead of going through his reads, but it’s tough to blame him too much for that since the Jets offensive line was getting pushed around a bit which is also something we’ve seen a lot of in training camp. But for the most part Hackenberg did exactly what was asked of him and he did it well.

He didn’t force anything, didn’t make any huge mistakes (outside of the fumbled snap but that was a simple miscommunication and it was just the first preseason game) and if not for those two drops he might have had a chance to put some points on the board. So overall it was an encouraging night for the second-year quarterback, but he still has a ways to go before earning the QB1 designation and Bowles is obviously in no rush to place that crown on Hackenberg.

Bryce Petty came in and looked like the third-string quarterback, completing two of six passes for only 16 yards (2.7 yards per attempt). Petty actually started to make some strides in the past few practices, but he’s still getting the least amount of reps and that’s not likely to change until that fourth preseason game.

So Bowles can continue to talk about the “open competition,” and you can, and should, be encouraged by what you saw from Hackenberg last night. Just make sure to recognize that while it’s a step in the right direction, it’s a small step and certainly not enough to have Bowles consider starting Hackenberg to open the season. Hackenberg’s time will come at some point this year and there’s perfectly valid arguments why it should could sooner than it will, but Bowles’ actions are screaming that it won’t be nearly as soon as most Jets fans would like.