JetsInsider.com > News > Blogs > Part 1 of 2 – which impending free agents should the Jets look to retain?

Part 1 of 2 – which impending free agents should the Jets look to retain? 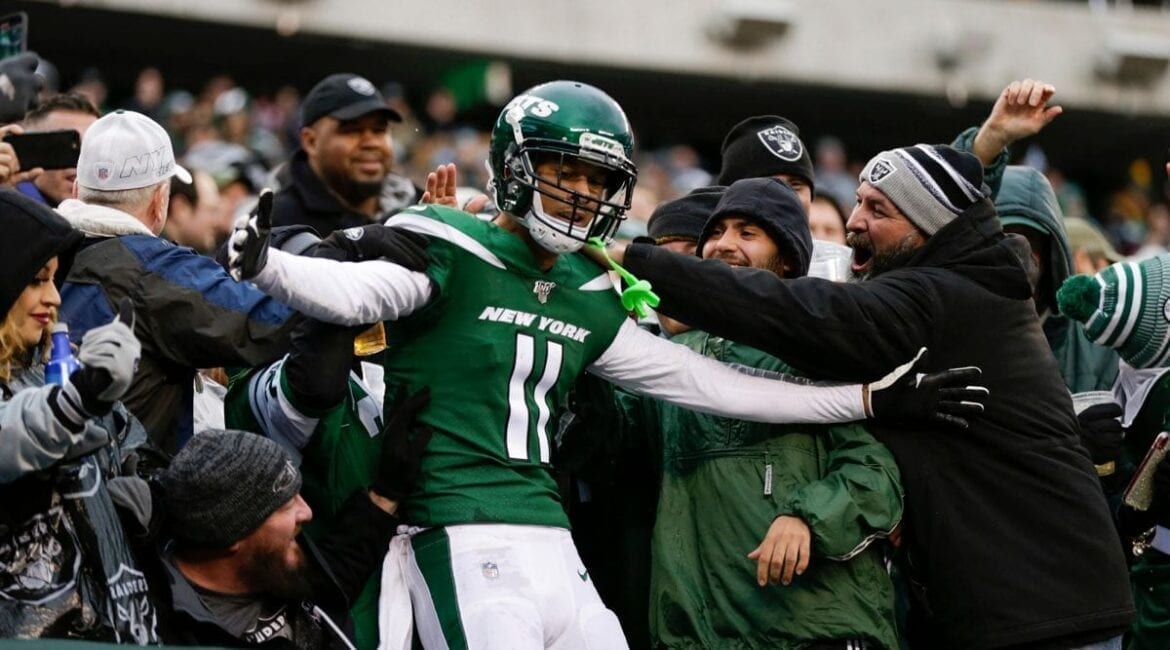 Knowing how weak the team was at center, Joe Douglas coaxed Kalil out of retirement in hopes he could provide at least a slight upgrade. It didn’t work out. Kalil clearly did not have enough power left to create any sort of movement in the run game. In the passing game, the hope was that Kalil’s experience would help eliminate the communication issues that plagued the group in 2018, but that turned out to be far from the case. The Jets’ offensive line suffered from breakdown after breakdown with Kalil in the lineup, possibly a consequence of his late arrival. Score: 0/10

Beachum gives the Jets an interesting decision to make. While not a good player, he has clearly been the least-bad offensive linemen on the team over the past three years. What he lacks in run blocking strength, Beachum makes up for with technically sound pass protection on the blindside. However, it seems likely the Jets will be grabbing their left tackle of the future in April. Moving Beachum to right tackle would not be a great idea given he has not played the position in eight years, but the Jets are a bit clogged there as well. Chuma Edoga is heading into year two and the early inclinations are that the team will go hard after Jack Conklin. I think the Jets need to simply move on from Beachum (who is going on 31 years old) and start rebuilding this unit from scratch. It is time to raise the bar up from “not that bad.” Score: 3/10

Anderson will likely have many suitors as one of the best options in a paper-thin wide receiver market. I think the Jets should go to his number. They do not have a single outside receiver under contract who is even close to average. It is highly unlikely they find an adequate replacement in free agency. Trading premium draft assets for a solution at a time when the team desperately needs them would be imprudent. And you never want to go into the draft having a need that absolutely must be filled. Anderson is an elite deep threat who has developed a solid intermediate game to compliment his speed. No, he is not a “true No. 1,” and the Jets need to continue searching for that player, but they are not in a position to let any quarterback-complimenting pieces slip away without a viable backup plan. Keep Robby. Give he and Darnold some competent offensive line play, and watch his numbers soar. Score: 7/10

This is one of the easier questions the Jets have to answer. Yes, they should go all-out to retain Poole. He was the best slot corner in football. While it is unlikely Poole posts such dominant numbers for a second consecutive season, he still has a better chance of bringing solid production in 2020 than anybody else the Jets would find to replace him. Score: 9/10

Thomas had a hard time with drops, ranking 91st out of 101 qualifiers with a 12.2% drop rate (five on 36 catches). He is going to turn 33 during the 2020 season, and has seen his yards per game average dip in five consecutive seasons. However, he showed some familiarity with Adam Gase’s offense, and still pulled off some contested grabs and ran some crisp routes over the middle every now and then. There would be no issue with having Thomas back as the third or fourth outside option, but it would not be ideal for him to be a starter again. Score: 4/10

Siemian will be recovering from a major injury, not something a team should want to be dealing with unless that backup has proven himself to be valuable. Score: 0/10

Miles has been an outstanding special teams piece for the Jets. Since 2015, he has collected 44 tackles on special teams against just four missed tackles. He has ranked in the top half of the league in special teams grade for five consecutive seasons, including a 2018 season in which he ranked 14th-best out of 224 qualifiers. Definitely a player worth keeping. Score: 7/10

Copeland had a breakout 2018 season rushing off the edge, but he struggled in 2019 while taking on more of an off-ball role under Gregg Williams. Copeland missed nine tackles against just 35 converted tackles, giving him the sixth-worst tackling efficiency among 99 qualified linebackers. He was also poor in coverage, allowing the second-highest passer rating (148.2) and 15th-most yards per cover snap (1.41). Unless Williams plans on moving Copeland back to the role he played in 2018, he is not worth keeping around. Score: 2/10

Compton was one of the biggest culprits of the Jets’ horrendous offensive line performance in 2019. He ranked dead-last in pass blocking efficiency out 76 qualified guards, giving up 17 pressures (three of them sacks) over just 204 snaps in protection. He also ranked in just the 18th-percentile in run blocking grade. Score: 0/10

I love the idea of the Jets bringing back both Burgess and Hewitt to form one of the better duos of backup linebackers in the league. However, I think a lot of fans are mistaken about how good these two were in 2019. While they proved to be adequate depth pieces with particular strengths, they were not even close to as good as C.J. Mosley and Avery Williamson have proven to be. The idea of cutting ties with Williamson in favor of Burgess or Hewitt is laughable. Hewitt (fourth-worst) and Burgess (13th-worst) were each among the least efficient tackling linebackers. Same goes for coverage. Burgess (fifth-worst) and Hewitt (13th-worst) both ranked near the bottom in yards allowed per cover snap.

The return of Mosley and Williamson will provide the Jets with a huge upgrade over the players who replaced them in 2019. With that said, Burgess and Hewitt each have certain high-quality skills that bring value to the table. Burgess is solid at taking advantage of the space created for him by the defensive line, shooting through gaps and cleaning up in the backfield. He ranked fourth among linebackers in run stop percentage (10.7%). Hewitt is a good blitzer and special teams piece. He created 22 pressures on 98 pass rush snaps from 2018-19, ranking in the top-40% among linebackers in pass rush productivity each year. He also ranked in the top half of the league in special teams grade in both seasons. Score: 6/10

Maulet and Blessuan Austin came out of nowhere to form a respectable cornerback duo in November and December. From Weeks 10-17, Maulet was graded as the 50th-best cornerback out of 124 qualifiers, while Austin checked in at 33rd. Maulet was particularly good in run support, ranking 14th in run stop percentage (4.9%) and 30th in run defense grade over that span. He also allowed a solid 6.8 yards per target in coverage, with no touchdowns yielded. Going on 27 years old, Maulet may not have a ton of room for growth, but he earned himself the opportunity to compete for a Week 1 starting job in 2020, be it with the Jets or elsewhere. While shaky with his coverage technique, Maulet is an excellent downhill attacker, laying huge shots both out of zone coverages and against the run. He is undoubtedly a worthy depth piece at the least. Score: 6/10